I moved to Devon when my children were small and then spent a lot of time with them pottering around on Westward Ho! beach.  On clear days there was always Lundy in the distance, looking appealing but unattainable. I didn’t take the boys there for years because the responsibility of supervising two boys on the deck of a ship for two hours terrified me.  So we didn’t make our first crossing until both of them were 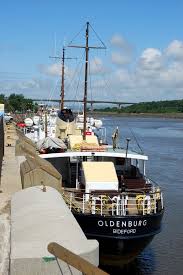 in primary school and could swim.

We set off from Bideford early one morning on the Oldenburg and sailed downriver towards Appledore and the open sea.  And that was when I heard the story of Thomas Benson for the first time.

Before it reaches Appledore the Oldenburg passes Knapp House. Tucked in a valley that leads down to the water the house and grounds are now a campsite and activity centre, but in the 18th century it was home to Thomas Benson, landowner, merchant trader, High Sheriff of Devon, Member of Parliament and in his spare time, smuggler, fraudster and notorious villain.

Benson inherited the family fortune in 1743 and soon became the leading merchant trader operating from the port of Bideford. His vessels exported woollen goods to the America colonies and brought back tobacco from Maryland and Virginia.  Each year, his fishing fleet sailed to the Newfoundland cod banks.  When France became an ally of Spain and joined the war against England he fitted out one of his ships as a man-of-war and operated as a privateer – a legalised pirate - with some success.

Wishing to strengthen his position still further, Benson entered politics.  After presenting a magnificent silver punch bowl to the Corporation he was elected unopposed as MP for Barnstaple in 1747.  It put him in an ideal position to land a lucrative government contract to transport convicts to the American colonies.  But operating within the law didn’t prove lucrative enough – or perhaps thrilling enough – for Benson.  Following a brush with Customs officers over unpaid import duties on his tobacco cargoes he became involved with various crimes including breach of contract, smuggling, tax evasion and finally an insurance fraud that involved the scuttling of his own ship, The Nightingale. 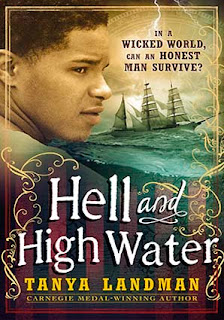 When this last fraud was exposed, Benson fled, abandoning the ship’s captain – John Lancey – to his fate. Benson lived out the rest of his life in Portugal, while Captain Lancey faced a trial, conviction and execution for a crime that Benson has instigated.

It’s a sad, sorry tale and yet I had no plans to write anything based on  it until the  MPs expenses scandal and the banking crisis set me thinking.   It occurred to me that things hadn’t changed nearly as much as one might have hoped in two and a half centuries.  Power still corrupts and the innocent still suffer at the hands of the guilty.

Fifteen years after moving back to north Devon  Hell and High Water was published.  Ideas for novels sometimes have a very long gestation period!
Unknown at 00:30
Share