I know I've written about this chap before. Alex Dumas, born in San Domingue, now Haiti in 1762. He rose to be the highest ranking soldier in a western army  for over two hundred years. Pretty impressive. But I do have an excuse, because he features as a walk on in my new book Blade and Bone out early next month. 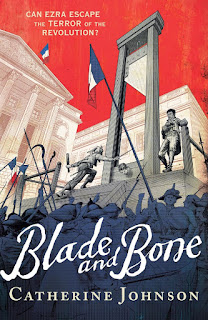 His full name - his father was a Marquis, his mother Marie-Cessette Dumas was a slave - was Thomas-Alexandre Dumas Davy de la Pailleterie.  He was abandoned by his father (who sold his Mother and Alex's siblings back into slavery when he left San Domingue - classy guy!) when he returned to France after failing to make his fortune as a planter.
Back in the crumbling family pile the Marquis suffered a change of heart and sent for Alex, sending the boy to the top military school in Paris to learn classical philosophy as well as the arts of war, where his tutor in swordsmanship was the celebrated musician, horseman, and fencer, the Chevalier de Saint-Georges.


Alex, unsurprisingly, jettisoned his father's name and used his mothers' slave name and he soon became as well known as his tutor for his skills on a horse and with a sword. In fact there were stories about Dumas' prodigious strength, speed and skill, including one which related his ability to lift a horse of the ground with the strength of his thighs.

During the revolution a regiment of black soldiers was formed by Saint-George, it was called the American regiment, (also known as La Legion Noire) although most of the soldiers were from the Caribbean, blacks were known, generically in France at this time as American.  Dumas joined as a private aged 24, and by 31 was General in Chief of the Army of the Alps. Dumas served under Napoleon who was jealous of his height and his prowess on the battlefield. Indeed during the Wars in Egypt, the locals assumed Dumas was the French leader. Clashes with Napoleon led to Dumas' return to France from Egypt in 1799, on a rather dodgy vessel, and when this ship ran aground the King of Sicily took Dumas prisoner. Then Dumas languished in a dungeon for two years. On Dumas' release, Napoleon still refused him his rightful pension and Dumas and his young family struggled in poverty.

But really, apart from Dumas' astonishing rise through the French military,  his amazing achievements, what is most interesting to me is Dumas' own son. 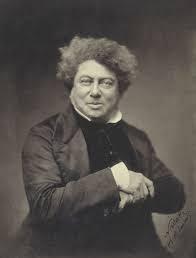 Alexandre didn't know his father long, Thomas died when the boy was just 4 years old. But Alexandre heard all the tales,  and he wove them into his own, brand new stories, so well loved they are all still in print and consistently on our screens whether as films or TV; The Three Musketeers, The Count of Monte Cristo, to name a few.

Blade and Bone is a romp, a homage to The Count of Monte Cristo and to The Three Musketeers. It was a chance to write Ezra and Loveday again, two characters who wouldn't let me forget them after Sawbones. It was also a homage to those swashbuckling adventures with fabulous costumes I loved from Sunday afternoons on the telly when I was a kid.  And a book for me aged 12 who wished someone like me might show up in those shows.

If you want to know more about Alex Dumas do read  The Black Count, by Tom Reiss .
Blade and Bone is published by Walker Books out October 6th
Posted by Catherine Johnson at 07:05

Looking forward to Blade and Bone - and speaking of looking - Chevalier Saint-George is pretty drop dead gorgeous, isn't he! I speak as a dispassionate historian, of course.

Saint Georges music is also very very good. There are some nice recordings on youtube.

Sounds like a fun book! I'd heard of the Dumas black ancestry, of course, but this is the first time I'd read the details.

I look forward to this, Catherine. I loved the Dumas novels but had no idea that he had such an interesting heritage. You continue to shine a different light on history, illuminating areas that have been neglected or forgotten, reminding us that there are other narratives to be told.

What Joan said - the book sounds great fun, and Dumas pere - what a guy!

Fascinating! Like Sue Bursztynski, I was aware that Dumas was of mixed race, but I didn't know the details, or anything about his father, ho sounds like a extraordinary person!

Thank you. I didn't know the details either, and I'm really looking forward to Blade and Bone! Will pre-order right now.