My New Year’s resolution is about a novel. It’s is set in 1682, in England and France and is due with my publisher in 2017. It will take me that long to write because it’s a very historical novel and I’m doing something rather special with the research. Several rather special things, in fact, but I’ll talk about just the one aspect here.

As you may know, I’m a Medieval historian/literary historian (someone asked me which I was the other day, and I’m both – they’re quite different things, however, so it’s important to be clear). I’m having to get deep knowledge of a whole new era. To write this novel, I need to reach a high level of understanding.

When I was looking at world geography the other night, I was trying to work out how different people with slightly different backgrounds would see the world. Would they know about Australia? Or would they only know the known continents?

In the process I discovered that some people described two unknown territories: north and south. North included Greenland and was called terra borealis incognita (unknown land of the north). The far south included New Zealand and New Holland, but no-one yet know the complete coastline of either (or indeed, if they were separated) and they were part of terra australis incognita (unknown land of the south).

I also discovered that I’d been going about the “New World” and Old World” entirely wrongly for the novel. New World is the Americas and included, in 1682, settlements such as New England (where the real witches were, according to an English pamphlet on witchcraft from the very late 1600s – the witches in England were innocent of actual witchcraft – this reminds me of a conversation I had in Normandy many years ago. “The real witches are not in our region,” I was told by a local, “but in the next one along”) but the Old World was Asia, which included China and Mesopotamia. It extended right into the Middle East. This was the very modern geography, the one my learned and up-to-date intellectual character will carry with her. She’ll know the exact date each bit of coastline on what’s now Western Australia was mapped. My more traditionally-educated character won’t care about any land in the south and will name a shorter list of continents. My non-literate character will know her close world very well indeed, but will have much vaguer concepts of the bigger world.

That was two hours' work. I’ll check it with modern studies later on. Right now, however, what I’m doing with this research is sorting out the world from within the world view with a view to writing it from that direction. I’m reading hundreds and hundreds of primary sources. A couple of days ago I collected data on how far it took to get from one place to another and what sights could be seen on the way. My travellers have a route, you see, and they’re only going to see things that were on that route in 1682, or that I can reasonably place there given the literature of the time.

By ‘the literature of the time’ I don’t just mean geographies and travel literature and digests of distances between places. While the 1680s were wonderful because people produced all this information and much, more– they were besotted with their world and they described it in exquisite detail - that’s not all I’m looking for. I’m using a different interpretation of the universe to the one we usually use when we describe the seventeenth century. Reading about witches is just as important as knowing the actual measure from Huntingdon to London and how long it took to travel.

I’ve collected electronic copies of books and pamphlets that talk about prodigies and witchcraft and magic of all sorts. When we look at the seventeenth century we often dismiss all these thing as a product of the time and assume that, sine we don't have that belief and since we're rational, rational people from the period won’t believe in them either. We remake the world in our own image. No angels, no demonic possession, no bargains with the Devil, no fairykind, no divine retribution. There were some people in the seventeenth century who believed in this, that the world was the kind of place we tend to see it as.

I don’t want to write a novel about a rational world. I want to write a novel where magic is real, where one has to be cautious in life not only because of the lingering effects of the Civil War but because of the constant interplay between the non-human and the human. I want to understand how someone could note down, in all seriousness, that a man bargained with the Devil and so the Devil entered into his wife’s ear. I want to understand the consequences of these bargains and how this related to the constant and vast and violent argument between Catholicism and Protestantism.

I want this novel to be about the every day, not about the big events. This is why the immersion. I need to understand how all kinds of different people in 1682 perceived their world and then I need to make it real. This is my New Year resolution, to make my version of 1682 real and bring those characters to life.

If anyone is interested, I’m happy to document some of the more interesting aspects in my History Girls’ posts. Not every month. Just when fascinating stuff arises to be documented. Let me know! Another side of this novel is that I’m documenting processes. I can document some of the more fascinating ones here, but only if people want to read them. 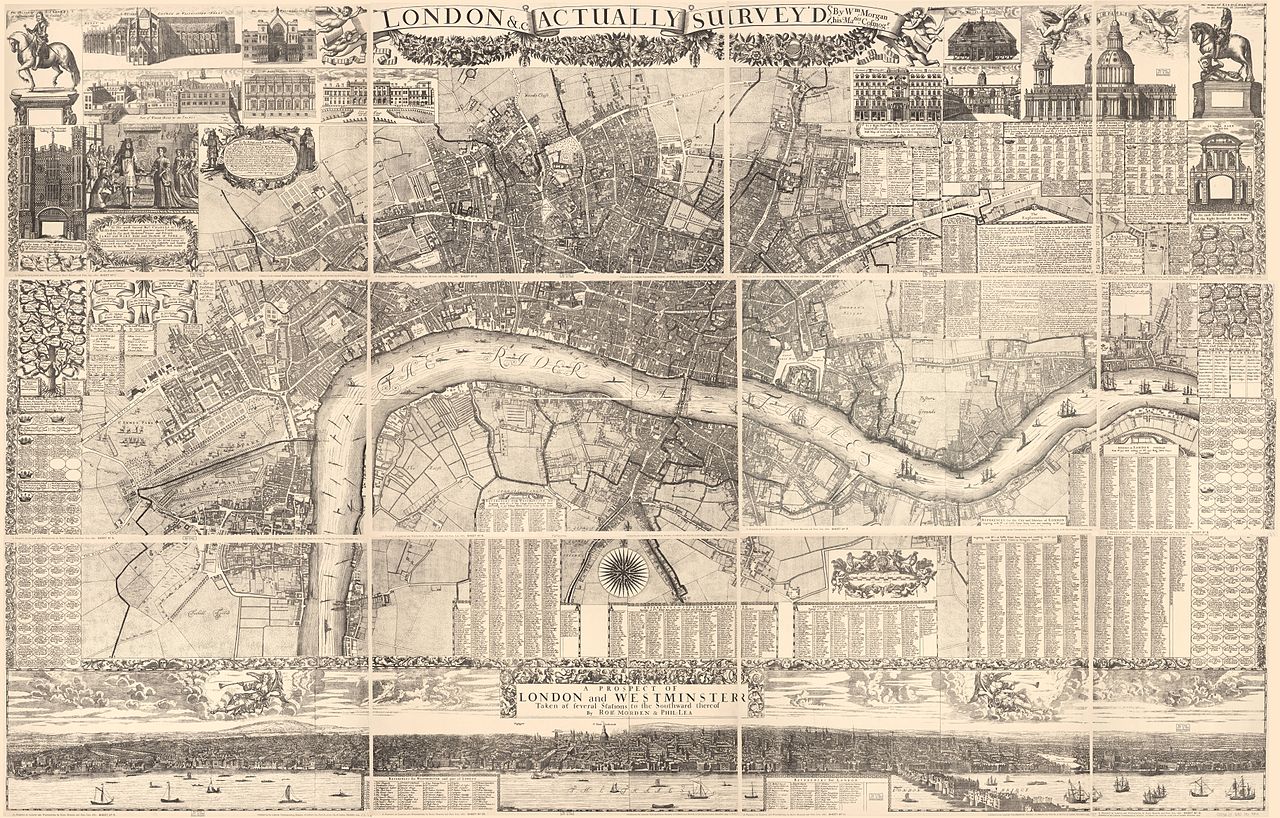 The three settings for the novel are St Ives (near Cambridge), London, and Paris. I walked Cheapside using a seventeenth century map in 2014: my first steps for the novel. Now everything is being done from Australia, and our seasons are inverse and the world looks quite different. It’s thirty degrees Celsius outside right now, and oddly, that helps me discover the inverse world I need for my novel. To write about it here, or not to write about it here: the question is for you to answer.
Posted by Gillian Polack at 00:23

Gillian,
Sounds fascinating. It is an interesting concept having the three levels of education reflected, and three 'sizes' of concept of the world knowledge reflected. Brochures and pamphlets of the time, and books, you I assume are a faster reader than me.
I would love you to share fascinating discoveries along the way.

I'll have more types of background reflected. Each of my key characters, in fact. I used those 3 to illustrate because they have instant differences in terms of how the world is seen, globally. That's the teacher in me. The writer in me in subtler and the historian loves reading!

Sounds good, GilliN! Let us know how you go.

Sue and Sophie - three is the charm. I promise to do research updates when I hit interesting spots this year!

Yes, yes, yes please write about your research and process. More and more fascinated by what goes on behind the scenes to create good historical fiction since taking Bruce Holsinger's online course.