The Church that was Buried

One of the characteristics of northern Jutland in Denmark is that the peninsula is formed of sand, not bedrock. And sand shifts with wind, tide and currents.

Just south of Skagen, lies an area which is dunes from coast to coast: 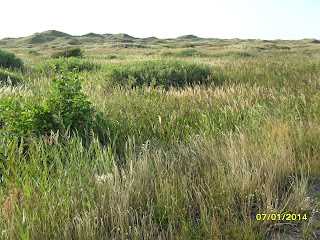 It's a beautiful, windswept area. In the summer, wild flowers and heather bloom; autumn and spring, migrating birds stop on the wet areas.

In the 14th century, a large church was built just two kilometres south of Skagen. It was in use for several hundred years, but the dunes began to drift. The congregation grew weary with digging the entrance free every time they wanted to hold a service there and eventually, in 1795, it was finally abandoned and partially demolished. The sand was free to drift and now only the tower remains free of the engulfing dunes 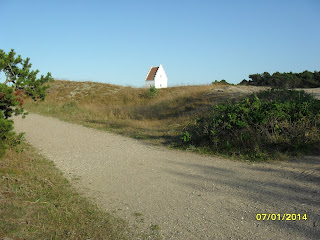 From a distance it looks for all the world like a complete Danish church. But when you reach it, there is just the tower:
: 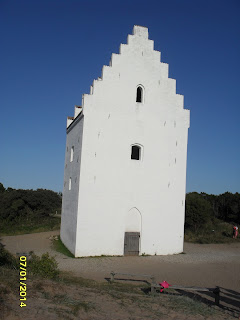 Drifting sand isn't a thing of the past up here in the north of Denmark, either, This summer I was over on the West coast where a different church, once several miles inland, is now on the point of falling into the sea as the sand cliffs it stood on are gradually eaten by the North Sea. (This church is called Maarup kirke and was a location for the filming of the Danish film Babette's Feast). Several summer-houses out near the coast are being slowly buried by dunes too, as the sand drifts and the sea draws nearer.

There is also a wandering sand dune in this area south of Skagen. It moves some 15 metres a year and it's hard to convey in photos how vast an area it covers in its slow march from west coast to east with the prevailing winds: 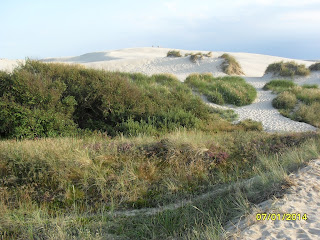 Not a beach; a cool Nordic desert formed of millions of cubic metres of sand: 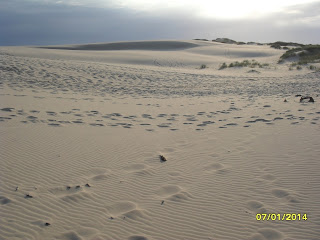 At the top there's a view from coast to coast Sadly, I couldn't get that in the shots with my camera, so here's some more inland sand-dune: 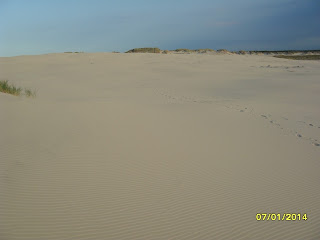 The dune is called Raabjerg Mile and is correctly known as a migrating coastal dune. Most of these dunes, which caused so many problems for the population in the 16th and 17th centuries, have been tamed with plantations and other measures. But this one is still allowed to roam free. 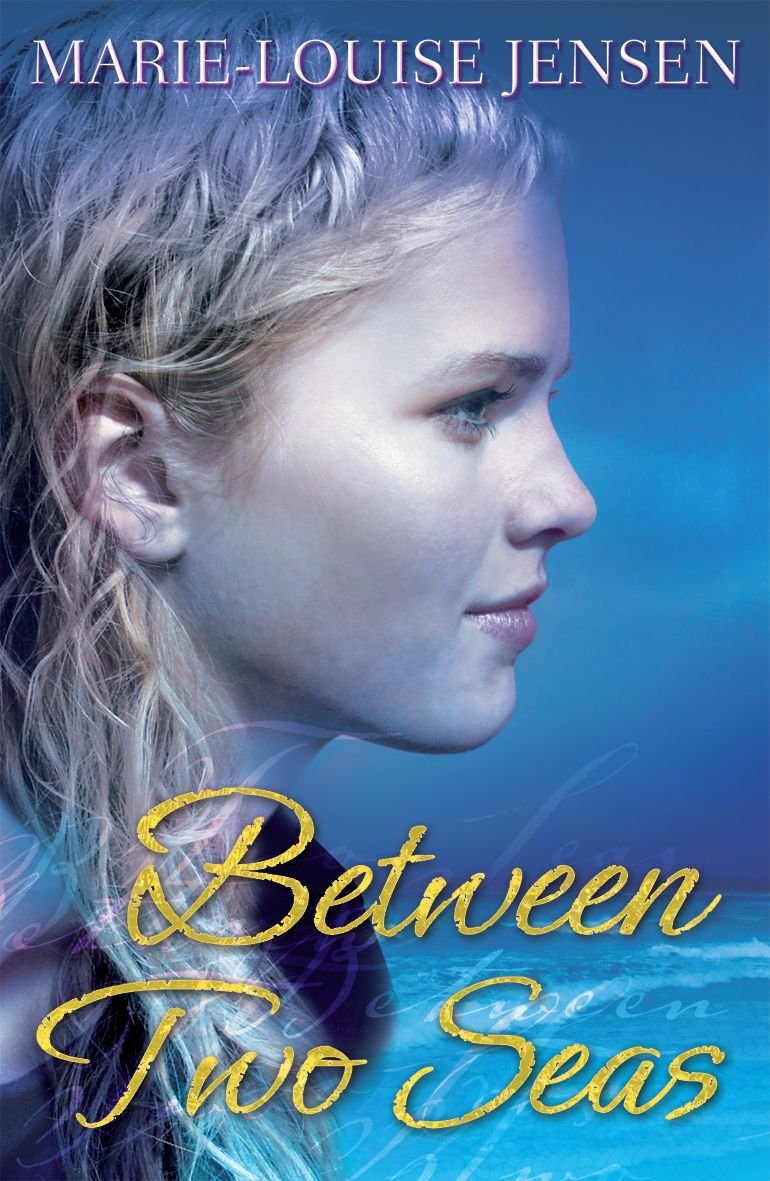 Wow! Seeing those wonderful pictures reminded me of reading your debut novel, Between Two Seas, as beautiful and haunting as Skagen.

I loved that book too. It struck me that these pictures could be the setting for James Herbert's novel, Dune!

I love this landscape. Must admit though that I'd imagined the Dune landscape more like the deserts of Arabia. I read Dune a very long time ago. It's a wonderful book.

Thank you for a fascinating post and beautiful pictures. I especially love the church tower and the way it seems whole from a distance.