We have a new History Girl: Susan Vincent ; you can read about her on our About Us page

Changes made in 2019
(Skip to the red section at the end to read the changes.)

So you can see we have had a lot of changes over time. People who have come and gone in the last eight years include Essie Fox, Laurie Graham, Manda Scott, Lucy Inglis, Clare Mulley, Kate Lord Brown, Lydia Syson, Elizabth Fremantle, Ann Swinfen and Tanya Landman.


There have been bereavements, a marriage, the birth of grandchildren, a Carnegie Medal - one great sadness was the sudden and unexpected death of Ann Swinfen, though she had already left the group by then.
As time passed, there was not such a preponderance of writers for young readers; the balance is better now. We don't have many historians/writers of non-fiction in the group but we have often had historians as guests. And what guests we have had! Hilary Mantel, Tracy Chevalier, Sally Gardner, Alison Weir, Steph Penney, to mention only some. And some History Boys too: Kevin Crossley-Holland, Marcus Sedgwick, Patrick Gale, John Guy, Ian Mortimer, Dan Jones, James Shapiro and Chris Skaife, the Ravenmaster at the Tower of London.
After about a year, we fell into the pattern of having a guest on the 29th of every month and a competition to win one of their books on the last day of the month. With 28 History Girls, posting daily, there was still often a date without a name beside it. For a while we took turns to do double duty, posting on the 30th of seven months in the year but eventually we hit on a theme for those 30ths - The Cabinet of Curiosities - in which an HG would write about a particular object or objects. 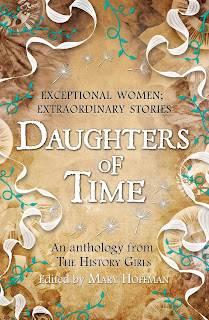 But the biggest change is that we are no longer going to post every day. From 2nd August 2019, there will be a new HG post EVERY FRIDAY! Make a note to yourself to check every week. The posts deserve more webtime so keeping them up for longer will allow more people to enjoy them.


I will keep this post on News so you can remind yourselves of the new system. I hope you will keep following us. We are still your dedicated team of History Girls.