In December, I introduced you to my historical boyfriend, Freddy Spencer Chapman. Since then, my research has led me to the more general history of SOE, the Special Operations Executive that operated parallel to – and sometimes in conflict with – established military intelligence during the Second World War.

Chances are, you’ve heard bits and pieces about SOE’s exploits in both fact and fiction. Historian M R D Foot says it was “formed in a tearing hurry during the summer crisis of 1940, at Churchill’s direct prompting” and dismantled in 1946. Churchill’s actual directive was for SOE to “set Europe ablaze”. Now, looking back, what reader or writer could resist such an invitation? Even better, because the organization no longer exists, its six years of secrets can be fully explored without endangering lives. Finally, there’s the romance of it all: clandestine recruitment of a diverse and international group of volunteers who didn’t know what they’d be doing, but were willing to perform “duties of a hazardous nature”.

SOE’s work is at the centre of recent novels like Elizabeth Wein’s Code Name: Verity, William Boyd’s Restless, and many others. I’ve recently been reading some non-fiction sources in an absolute fever of excitement. Currently, I have SOE and the Resistance: As told in the Times Obituaries (ed. Michael Tillotson, 2011) and Forgotten Voices of the Secret War: An Inside History of Special Operations in the Second World War (ed. Roderick Bailey, 2008). Today, I want to share a few highlights in hopes of enticing you to join me.

Einar Skinnarland (Norwegian, 1918-2002)
Skinnarland was an engineer at a hydroelectric plant in German-occupied Norway that was scheduled to produce heavy water for the Nazi plutonium project. In May 1940, Skinnarland took a one-month leave from his job at the plant, joined a group of young Norwegians who hijacked a coastal steamer, and sailed it to Aberdeen to offer their services to the Allies. He brought with him detailed information about the plant’s security systems and volunteered to return for a sabotage operation. After “very basic” parachute training, the RAF dropped Skinnarland back into the Norwegian mountains, in good time for his return to work after a “holiday”! Skinnarland and his associate, Knut Haukelid, spent several months training resisters in the mountains and their group succeeded in sinking Germany’s stocks of heavy water in Lake Tinnsjo in February 1944 – a major contribution to the end of Hitler’s hopes for an atomic bomb.

Jos Gemmeke (Dutch, 1922-2010)
As a teenaged girl in the occupied Netherlands, Gemmeke volunteered to distribute copies of a resistance newspaper. The penalty for being caught with even a single copy on one’s person was death, and Gemmeke ran this risk daily for more than four years. She also couriered messages for the Dutch resistance, on bicycle, hiding the microfilms in her shoulder pads. On one journey, while attempting to cross the River Waal, a German soldier informed her that the bridge was closed. As she tried to persuade him to let her cross, Allied aircraft strafed the bridge. The German soldiers dived for cover and Gemmeke was free to cycle across, working her way through the front lines, and delivering the microfilms to newly liberated Brussels.

Pearl Witherington (English, 1914-2008)
When Paris fell to the Nazis in 1940, Witherington, who was born to English parents and raised in France, was forced to make her own way to England, from Spain to Portugal and then through Gibraltar. Once she found SOE, her instructors were impressed, if patronizing: “This student, although a woman, has got leader’s qualities. Cool, resourceful, and extremely determined. Very capable, completely brave.” Witherington parachuted back into occupied France to work a courier between different SOE “circuits”. When the Gestapo arrested the head of her circuit, Witherington was given control of the northern half of the circuit. She armed French Resisters, gave them weapons training, and ambushed German convoys of military vehicles. After the war, she settled in the area where she’d led her circuit.


Ibrahim bin Ismail (Malayan, 1922-2010)
After the debacle that was the British “defense” of the Malayan peninsula in 1941-42, SOE turned its attention to recruiting local resistance to the occupying Japanese army. The Malayan Communist Party was staunchly anti-Japanese, but their politics made the British nervous. In Ibrahim, SOE found a perfect recruit: an existing officer in the Indian Army willing to infiltrate his homeland. After two failed attempts at a coastal landing, Ibrahim’s party successfully reached the shore in kayaks, only to be welcomed by Japanese soldiers. Under interrogation, Ibrahim persuaded the Japanese that he would prefer to work with them. As evidence, he offered to radio a message to SOE headquarters. In the message, Ibrahim gave the wrong answer to his safety check question, thus alerting headquarters that he was in Japanese hands. For the remaining ten months of the war, SOE used Ibrahim to feed the Japanese false information. 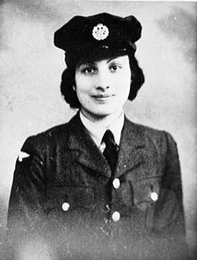 The daughter of an Indian father and an American mother, Khan declared to SOE that while she loathed the Nazis and wanted to defeat them, her first loyalty was to India. Her recruiting officer noted that hers was the sole case in which “a loyalty was not directly British”. As Khan was fluent in French and already working as a WAAF wireless operator, SOE trained her only briefly. Six weeks after Khan’s arrival in France, hundreds of other resistance workers in her circuit were arrested. As the only radio operator still free in Paris, Khan continued to work, limiting message transmission to 20 minutes per location, and moving constantly in order to evade detection. She was betrayed to the Germans by a double agent within SOE. During her month-long interrogation, she lied consistently, gave up no secrets, and twice attempted escape. After her third effort to escape, Khan was transferred to Germany as a Nacht und Nebel (Night and Fog) prisoner – that is, to disappear without a trace. There, although kept shackled and in solitary confinement for ten months, she was able to communicate her name and London address to another inmate. She was executed and her body burned in 1944, and was still officially classed as “missing” in 1946.

These are just five of the astounding volunteers of the Special Operations Executive. I've deliberately chosen individuals from diverse places, to show the breadth of SOE's remit: Churchill may have thought primarily of Europe, but SOE operated the world over (with the exceptions of Russia and Japan). Three of the five here are women because women were particularly active in SOE, especially in its French Section. But there are hundreds of others whose stories keep me up late at night and change the way I think of the Second World War. I hope the same is true for you, too.

Thank you for this. To my shame, although I know a fair bit about SOE, having written the biography of Polish-born Krystyna Skarbek, the first woman to work for Britain as a special agent, I had not heard of Jos Gemmeke or Ibrahim bin Ishmail - thank you for including their stories here.

What amazing stories! Thank you for this.

Clare! I've got your biography of Skarbek/Granville on my to-read list. Were you also interviewed in a docudrama about Noor Inayat Khan called Enemy of the Reich? I've only watched the trailer but I've been wondering who the experts are. And thanks for reading, Sue.

Oh that's nice to hear - happy reading! No, I'm not in that documentary - I should imagine that Noor's latest biographer, Shabrani Basu, takes the lead there., but I've not seen it yet. I did a documentary for The History Channel on Christine that might be on you tube now though. Let me know what you think of the Christine story when you've reached it!