YA - A Double Edged Sword? by Tanya Landman

Long ago, way back in the golden olden days when the world was full of lovely independent bookshops and I worked in one of them there was no Young Adult section.  So how did people manage?

Well, they browsed.  And if a customer was buying a book for someone else and they weren’t certain if the content was suitable they could ask the bookseller for advice because in those days knowing the stock was considered to be part of the job.

There are still excellent independents out there but as we all know the numbers are dwindling and times are tough.  Bit by bit all that in-depth knowledge and expertise is being replaced by computers, labels and branding.

When I started writing it was for KS 1 and 2 and  I was put in the children’s section.  So far, so straightforward.  But then Apache came out: my ‘breakthrough’ novel.  It was a big moment. 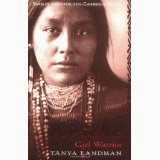 I was delighted to be part of the YA brand:  it comprised the most brilliant, creative,  exciting writing that was being produced.  I was rubbing shoulders with my literary heroes – what was not to love?

On my first visit to a secondary school I was asked why I’d called the book Apache.  The student pronounced it “Apaitch.”   I was a little perplexed.  When I asked the audience if anyone knew what an Apache was hands went up all around the room.  I breathed a sigh of relief.  Then they all said an Apache was a  “helicopter”.

It came as a shock to realise that teens hadn’t been raised on the relentless diet of wall-to-wall westerns that I had.  No problem – it didn’t affect their enjoyment or enthusiasm for the book – but I realised that Apache had an extra resonance for adults.  The teachers and librarians who read the book really ‘got’ it.  But they were adults who were ‘in the know’.  How could I get it into the hands of general readers?

With Buffalo Soldier I’ve got the same problem.  It’s accessible to teens, but I’d love adults to read it too.   And why wouldn’t they?  Well, because it’s a YA book. 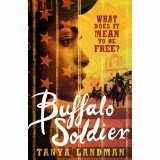 Over the years I’ve given various books  (by various writers) to friends who have looked both puzzled and offended when they realised I was handing them a “kids’ book”. They considered reading YA would be dumbing down; an insult to their intelligence.   There are thousands of potential readers who are missing out because they have a mental block about the YA label.

A couple of months ago I had one of those in-between times, when I was waiting for a manuscript to come back from the editor. Instead of writing the synopsis I was supposed to be working on I went on Facebook (as you do) and asked a few questions.  And the warm, witty writing community came back with some wonderful answers. My apologies for reducing what were interesting and sometimes hilarious exchanges into this rather more banal summary: 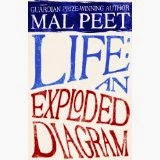 1) When is a YA novel not a YA novel? There are the very obvious 'teen reads', but what about books marketed to teens that deserve a wider adult readership too? I'm thinking Mal Peet in the first instance. More examples, anyone?

Lots of names were put forward including Aidan Chambers, Celia Rees, Patrick Ness, Meg Rosoff. What was interesting was the amount of comments that came in alongside the suggestions: someone reported an adult who was embarrassed to be ‘caught’ reading The Book Thief because it was marketed for teens, for example.
We all agreed the YA brand is simply a marketing device and something that makes life easier for bookshops, but inventing a label to attract certain readers will inevitably put others off. 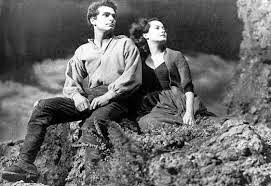 2) Which of the classics would get classified as a YA read if they were published today?

Sometimes books get labeled YA simply because they have a teen or child protagonist.  Again, lots of titles suggested – Great Expectations, Wuthering Heights, Jane Eyre, To Kill a Mockingbird, Bonjour Tristesse, The Dud Avocado and all of Walter Scott’s 27 novels.

3) Are there any books out there that ONLY teens will enjoy?

Plenty of suggestions here too including Catcher in the Rye (“insufferably irritating”), Wuthering Heights (“barking mad”) and Twilight (“I died a little at each page I read”).  However, many of us know (and some of us weep over the fact) that there are grown, sensible adults out there who love the Twilight saga, so it seems the answer to my question is no.

What conclusions can be drawn from all this?   That a book is a book is a book.  Writing something that’s accessible to teens shouldn’t exclude an adult readership.  Yet “most adults won’t touch teen no matter how good it is” as one contributor to the discussion remarked.

Love it or loathe it the YA brand is here to stay, so how do we get past the prejudice some adult readers have?  No idea, sorry.  I don’t have answers to this – just plenty of questions.

My local library often has copies of so called 'crossover' YA novels in both the teenage and adult sections. This seems a good solution (if heavy on shelf space) - but relies on the book being identified by the library service as being for both. However, it can be a bit off putting for an adult when the blurb of these books is obviously very teenage in style, because then you feel you are choosing a 'young' book. Presumably this would also be an issue in a bookshop and deter some adults from purchasing.

Scene: Borders bookshop, Melbourne. Gentleman: Excuse me,do you know where the Harry Potter books are? Me: I think you'll find them in the children's section. Gentleman:(groans) Oh, no, don't say that!

Really, a lot of people read YA fiction, because books for young readers are so superior to adult fiction in story and characterisation and the sheer importance of what they have to say. I don't know where you get the idea that most people don't want to. But not all of them want to admit it, so the books have adult covers as well as the children's covers, and publishers are no doubt rubbing their hands in glee. I've seen children's or YA books with adult covers costing about $3 more than the children's editions. More fools those who choose them.

What is the difference? I don't know. I 've seen adult books with a teen protagonist(see Robin Hobb's Assassin books) and children's books with an adult hero(see Geoffrey McSkimming's delightfully funny Cairo Jim novels - not a child in sight in any of them) and plenty of YA books with twenty-something characters(Melina Marchetta's The Piper's Son, for example).
As you say, it's a marketing thing and a way to find a place on the bookshop shelves.


When my first YA book No Shame, No Fear came out I realised at once that adults liked it as much, if not more, than teens did. It had the advantage of a grown-up cover and a blurb that didn't sound too juvenile; and when copies arrived in my local Waterstones the manager thought adults would be interested in it and asked if I would mind if he put a couple in the adult section. I said I would be delighted! But of course most books go onto YA shelves, which are in the children's department (so teenagers avoid them as well.)

But in any case most books don't get into mainstream bookshops at all these days, and very few people (myself included) have a local independent bookshop. So maybe sales are now mostly online, and perhaps word of mouth can help?

I don't know what the marketing answer is either. And unfortunately I keep wanting to write these books!

Thanks for this very interesting post. I'm feeling slightly obsessed by this very issue myself, for similar reasons. I think if you write historical YA you end up in real danger of falling between stools - particularly in bookshops/libraries that lump teen fiction in with children's - and although it's true that adult readers make up half the readership of YA novels, unfortunately I don't think that translates into half of adults reading YA, if you see what I mean. I think exactly the kind of prejudices you describe do persist, and there sometimes seem to be more difficulties writing a blurb than a book with two-way appeal!

Just this week I did a visit to an adult book group at one of my local libraries and discovered that although they'd all enjoyed the books, most hadn't realised they'd been written for teenagers. (Although they did then feel that explained why they weren't quite as horrific as they might have been, given the subjects.) One brought up the subject of 'quick reads', and said she thought YA had a similar appeal.

But I'd love to know how to get the books into both sections of bookshops. It's all very frustrating…

I'd be happy just to get my books INTO the bookshops Lydia!

I rest my case.