Five years ago this week my first historical novel, Name upon Name, was published, thus fulfilling a long-held dream. If I’d known then that it would be the first in a trio of books about young women coming of age during the turbulent years of early 20th-Century Ireland, I’d have been even more delighted. 2017’s Star by Star was my most successful book ever, and then, earlier this year, came Hope against Hope. In two of my historical novels, the main characters are deeply affected by a pandemic (Spanish Flu). I could have had no idea that Hope against Hope would be launched in the middle of one, and that every event scheduled to promote the book would be cancelled. And of course, set against the prevailing worries about Covid-19 and the state of the world, this is a small concern. Isn’t it funny how writing about crisis is much more fun than living through it?

Obviously I’m not alone. Hundreds of books have been, or are about to be launched during this time. Authors, being creative folk, are doing wonderful things online, and generally finding ways to keep their particular baby afloat, but it’s very hard, and nothing beats the actual book launch and the real-life event. We all need help from our friends, and so this blog post I’m giving love to some wonderful historical novels for young people which have been – or are just about to be – published during Covid-19. I know all the authors, and I make no apology for that! They don't know I'm featuring their books, though, so I hope they get a pleasant surprise. 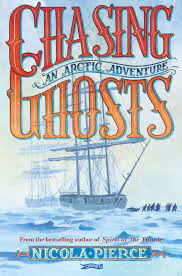 This is an enthralling novel about Franklin’s 1845 ill-fated Arctic voyage to find the fabled North-West Passage. Thousands of miles away in Ireland, Ann and brother William are convinced that the spirit of their dead sister Weesy is haunting them. Nicola Pierce is well known for her ability to weave fascinating, spooky tales around real-life events, and the way she brings these two separate stories together is masterful. This is a moving and epic story. I’d known very little about the Franklin voyage apart from in folk songs, and the story was even more heart-breaking than I had imagined. 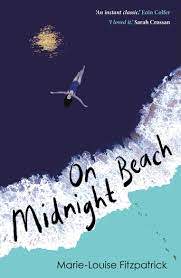 Funnily enough this book is also related in my mind with song. Set in the hot summer of 1976, which is long enough ago to count as historical even though I remember it, On Midnight Beach is a reimagining of a famous Irish legend, the Táin, or Cattle Raid. I knew the story of the Táin from a 1973 album of that name by Irish folk-rock group Horslips. On Midnight Beach is a piercing love story set against a sweeping background of sea caves, a mysterious dolphin and the intense passions of a small community. A really original read. 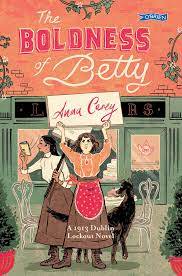 Anna Carey, like me, has written widely about young women in early-20th-Century Ireland, specifically the Irish Suffragettes. The Boldness of Betty is about the1913 Dublin Lockout. When Betty has to leave school at fourteen to work in a cake shop, she doesn’t imagine that she will end up on a picket line, playing her part in the most defining incident in Irish labour history. Like all Anna Carey’s novels, The Boldness of Betty is meticulously researched, with a lovely lightness of touch. 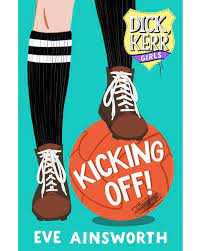 Again, this is very much ‘my’ period, so I’ve always vaguely known about the women’s football teams during World War One, whose hugely popular games raised a lot of money for the war effort. Eve Ainsworth’s story is based around the team at the Dick, Kerr munitions factory in Preston. It’s 1917 and women have got used to fulfilling some of the roles traditionally taken by men. When Hettie goes to work in the Dick, Kerr factory she gets the chance to develop her love of football, an interest she’s had to suppress until now. This is a great story of female solidarity, sport and progress.

And finally, because I am not that altruistic, here’s a bit about my own Hope against Hope (Little Island). 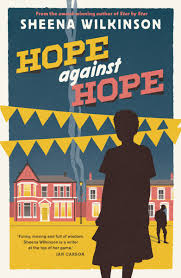 It’s 1921. Ireland has been partitioned after a brutal war. Polly runs away to Belfast to escape family and community violence in her small border town. Helen's Hope hostel is a progressive space where young women live and work together - a haven of tolerance and diversity in a fractured city. But some people hate Helen's Hope and its values, and when Polly tries to bring people together, she can’t foresee the tragic consequences.

All these books are about events of historical significance; all are about young people being caught up and responding to these events. None of them deserves to be less well-known because they were published at the 'wrong' time. I'm sure other people have 2020 historical novels they would like to show some love to. Don't hold back!

Email ThisBlogThis!Share to TwitterShare to FacebookShare to Pinterest
Labels: Historical fiction for children and YA

These all sound great - thank you, Sheena!

Congratulations on publication, Sheena - maybe a belated book launch can be something to look forward in due course...

In the meantime, what a great selection of historical novels for young people - I shall be sure to recommend them to my pupils!