Fighting To Be Free, by Pippa Goodhart

We have a guest to start off December for us. 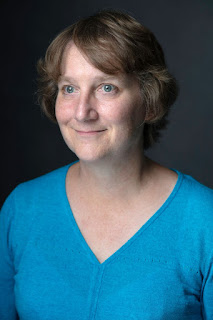 Pippa Goodhart was born in Cambridge, but moved to Leicester more than twenty years ago. She has worked in bookselling and publishing, and now combines writing with teaching writing for children, and with author visits to schools.
Pippa has had over sixty books published, most of them for children. Her publications include picture books, young reader books and junior novels, as well as a novel for adults. 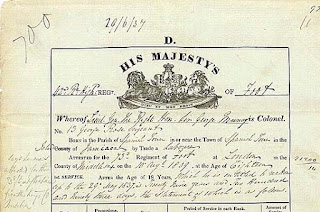 These are the discharge papers for Sergeant George Rose who fought and was wounded at the Battle of Waterloo. Discharged from the British Army in 1837 at the age of forty-five, he had served in Germany, the Netherlands, Gibraltar, Malta, Corfu, and, of course, Belgium, over almost three decades. When he left the army, labelled in his discharge papers as ‘an efficient, trustworthy and sober soldier’, and awarded a pension, George Rose chose to train as a Methodist minister in Scotland. He then travelled with his wife and children to Jamaica ‘to spread the word of God’. He died there in 1873. It was near his birthplace, Spanish Town. George Rose had been born in Jamaica to an enslaved woman, so began life in enslavement.

Somehow (there’s a story waiting to be written to fill the gap!) George Rose got from Jamaica to London. Slavery was made illegal within the British Isles in 1807. Back home in Jamaica, under British rule, slavery continued until 1833. George Rose volunteered to join the 73rd Foot King’s Militia. He got promoted to become a Corporal and then a Sergeant, possibly the most senior black man in the British Army of that time. 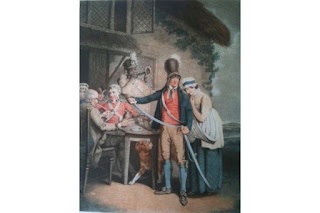 George Rose was one amongst many black men in the British Army and Navy in that Napoleonic era. Regiments stationed in the West Indies would recruit strong local young men into their ranks.

An ‘Indian’ (as in West Indies) brigade is listed as having been present, held in reserve at the Battle of Waterloo. The assumption is that the bulk of soldiers in such an ‘Indian brigade’ would have been Afro-Caribbean but led by white British captains and higher ranks. (My own grandad in the First World War, and two uncles in the Second World War, were white army captains in ‘The Indian Army’ of soldiers from India. So colour/rank discrimination persisted). In that time when slavery was still legal in British colonies but not in the British Isles, joining the British Army or Navy was one legal way out of enslavement. Those Caribbean soldiers in the British Army of George Rose’s time were paid the same as their British counterparts, but they belonged to the Army for as long as the Army wanted them, so legal ownership of a sort went on…


… Just as legal ownership applied to children apprenticed in the mills of the Industrial Revolution. Workhouses paid mill owners to take on children to work in their mills, and those children could not legally walk free from that work until they were at least eighteen.


A child fighting to find her identity and freedom as she is passed from workhouse to Quarry Bank Cotton Mill near Manchester in 1838 is the subject of my new children’s novel, The Twisted Threads of Polly Freeman. But in the background of that story is a soldier very like George Rose. I’d love to write a sequel, or perhaps a prequel, that would take us more fully into my soldier from Jamaica’s story! 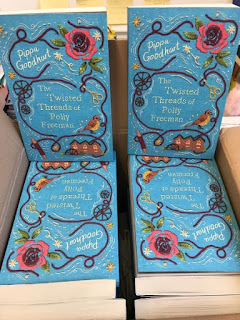