Time and the City by Miranda Miller

World’s End is a poetically named area of London. In the 17th century, when this remote area lay beyond the village of Chelsea in Middlesex, there was a popular tavern here, with gardens leading down to the river. Most people would have arrived by boat and it was probably called "The World's End" because of its distance from London and the dangerous roads leading to it. 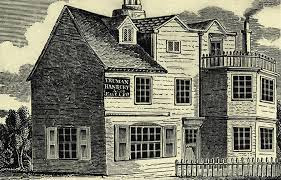 Later, Cremorne Gardens occupied a large site running between the Thames and the King's Road. These lively pleasure gardens offered restaurants, a theatre, a banqueting hall, dancing, entertainments such as balloon ascents and the first ten-pin bowling alley in Britain.Pauline Violante,“The Female Blondin”, was paid to cross the Thames on a tightrope, wearing  Albanian costume. She walked from Battersea Bridge to the Cremorne Gardens, watched by 20,000 people.

The gardens could be entered from the north gate on Kings Road or by boat from the Cremorne Pier.  In 1856, a French visitor to London described this scene:

“A variety of attractions. One moves on methodically from the one to the other at the sound of a large bell which a man rings as he leads the way, the crowd trotting along behind him…In a Chinese bandstand an orchestra struck up a scottische. A minute later the carefully level open space was filled with couples…people here dance with their hips and their shoulders, seeming to have little control over their legs…frivolous young things improvise all sorts of indecorous antics.”

In 1877 the gardens were closed down “after protests by the Chelsea Vestry”–probably because of their reputation as a place for cruising, illicit assignations and prostitution. The original tavern was replaced by a Victorian gin palace.

That’s history. At which point does memory become history? I’ve known this part of London all my life. Recently I visited a friend who lives in Stadium Street, and as I wandered around in a post-Covid daze I reflected that I’m now so old that some of my memories of these streets are history (the usual definition of a historical novel is that most of it took place more than fifty years ago). 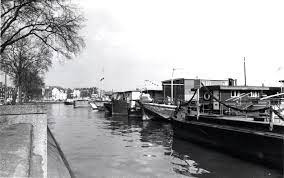 One of my earliest memories is of walking down to the river here hand-in –hand with my father after Sunday lunch; throwing stale bread to the swooping screaming gulls, watching small boys diving into the river, envying mysterious people who lived on houseboats. During the years of rationing my mother bought illegal chickens and steak treats from a black-market butcher called Henry whose shop was in World’s End. In our greedy family Henry was a hero. 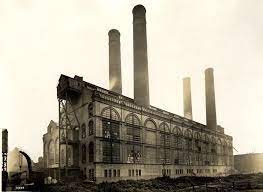 This area was heavily polluted by smoke from Lots Road Power Station which once provided energy for most of the underground railways and trams in London. Dark streets stank of the brewery opposite, in Battersea, shrouding everything in its yeasty beery breath. Battersea Power Station loomed over the murky skyline like an ogre’s upside-down table as filthy traffic roared past on the embankment. This part of London, just a few hundred yards away from the grand houses of Cheyne Walk, was very poor. When I was twelve, I was invited to tea by a girl who lived down there. Barefoot children played on the pavement and my conventional parents thought her mother, a journalist, was wildly bohemian to live there.

A few years later my first boyfriend dropped out of school and sat for months in a grimy basement in Ashburnham Road, philosophising and listening to Bob Dylan records, fascinating me by his negative energy. Iris Murdoch’s 1964 novel, Bruno’s Dream, brilliantly describes these streets. In my teens, I bought imaginative clothes at a boutique called Granny Takes a Trip on the King’s Road. Psychedelic designs on the front of the shop changed every few months, bringing colour and fun to this dreary area. 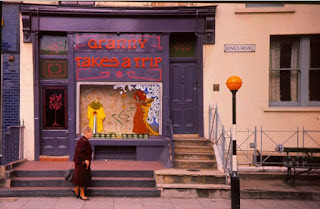 Now I’m a granny, wandering around this strange and familiar part of London in a post-Covid daze. On the day I revisited this area the end of the world did feel quite close – it was soon after the Russian invasion of Ukraine and politicians were making terrifyingly casual references to using nuclear weapons.

In the late sixties many of these streets of small decaying houses were demolished and the World's End Estate was built: seven high-rise tower blocks of varying heights linked by low-rise blocks that form walkways in the sky. Thousands of people were housed here – an immensely ambitious social housing scheme that could never happen now. 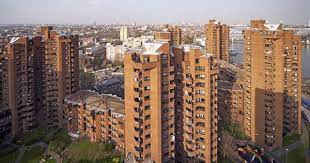 Down by the river there was once a 28-acre estate, Sandford Manor House. Nell Gwyn is thought to have lived there, the poet and essayist Joseph Addison lived nearby and, later, so did the ceramicist and potter William de Morgan.  In the 19th century part of the declining estate was bought by a gas company and the rest  was used as a railway coaling dock. In the 1980s this industrial wasteland was transformed into Chelsea Harbour.

I walked past Lots Road Power Station, which is being converted into shops and luxury flats, to get the train at Imperial Wharf, past a yacht marina, a pier for river boat services, elegant towers and strange new buildings slender as credit cards. 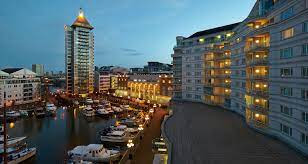 Cities, like people, reinvent themselves and physically, visibly, embody new ideas. Our memories are buried in bricks and mortar, the present pushes out the past but, in the mind, different times coexist.