The Perambulator in the Hall: Writing with Children Before CBeebies - by Anna Mazzola

I love my children, and know how lucky I am to have them. But I also love writing, and writing and young children are not necessarily compatible. Hence summer holidays pose a challenge.

There has been much discussion in recent years about how modern writers deal with the so-called ‘pram in the hall’, but I began to wonder how writers occupied their children in the days before Peppa Pig. And how did families and writing intersect? 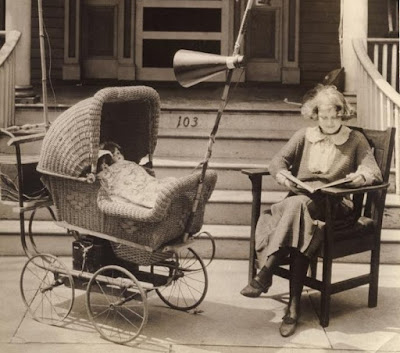 
Asked recently how she had had produced so much work with two children, author Lauren Groff replied: ‘I understand that this is a question of vital importance to many people, particularly to other mothers who are artists trying to get their work done, and know that I feel for everyone in the struggle. But until I see a male writer asked this question, I’m going to respectfully decline to answer it.’

It’s true, of course, that women are still asked this question far more than men, but go back a century or two and no would even have considered asking a male author about his work/life balance. The time-honoured way of writing with children was to have a dutiful wife to look after them, and ideally a hoard of servants. Charles Dickens had ten children. Tolstoy had thirteen. I don’t believe anyone ever asked them about their childcare arrangements.

Mark Twain’s children weren’t allowed anywhere near his study and would ‘blow a horn if they needed him’. Thomas Mann angrily removed any child who disturbed his work. However, E.B White said he often wrote in his living room 'despite the carnival that is going on all around me.' George Orwell’s adopted son remembers him as a ‘hands on’ father who looked after him following his mother's death. After JG Ballard lost his wife to pneumonia in 1964 he brought up their children alone while continuing with his writing, and his children remember him as a kind and dedicated father. These were still, however, the exceptions.

From kitchen tables to different contintents


For women, historically the primary caregivers, the situation varied greatly. During 19th century, some female writers had wealth that enabled them to pay for nursemaids or governesses to occupy their children while they wrote. However, that was not always the case. Elizabeth Gaskell often wrote at the kitchen table, with her children around her. Frances Trollope, who began writing at age of 53 to support her sick husband and six children, sat down at her desk each day at 4 a.m. and completed her writing in time to serve breakfast. 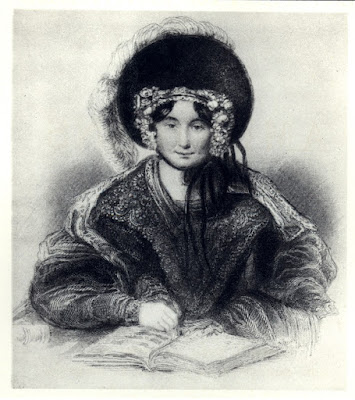 Some writers left their children with others for long stretches in order to write. Daphne Du Maurier left her young daughters with a nanny and their grandmothers for many months so that she could finish Rebecca. She once wrote, ‘I am not one of those mothers who live for having their brats with them all the time.’

Enid Blyton, though she wrote of idyllic childhoods, seems to have had little time for her own children. In her memoir, A Childhood At Green Hedges, Enid Blyton’s youngest daughter recalls that, ‘Most of my mother’s visits to the nursery were hasty, angry ones, rather than benevolent. The nursery was a lonely place.’

Some took it a step further. Doris Lessing, in her autobiography, Under My Skin, writes of ‘committing the unforgivable’ and leaving her ten-year-old son, John, and six-year-old daughter, Jean, to grow up with their father in Rhodesia. But, as ever, the full story is more complex. The woman who once claimed ‘No one can write with a child around’ in fact kept her young son Peter with her and continued to care for him throughout his life.

Similarly, though Muriel Spark acquired a reputation as un-motherly for leaving her son with his mentally ill father in order to pursue her writing career, the reality seems to have been far more complicated and painful.

The prize for deserting ones children in order to write in fact goes to a man: Jean-Jacques Rousseau abandoned all five of his children at foundling hospitals. And then of course wrote Emile, a novel lauded for its insights into the nature of children. 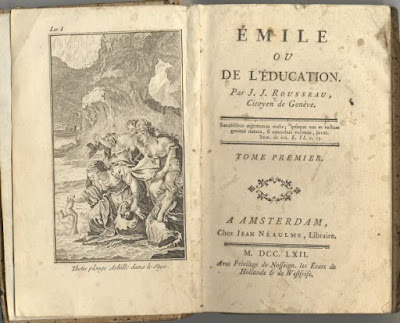 
Most writers, however, did what we all do, which is to try to carve out writing time from our daily lives.

Some wrote at night. Ursula Le Guin said, ‘I would go up to the attic, and work 9:00 to midnight. If I was tired, it was a little tough. But I was kind of gung-ho to do it. I like to write. It’s exciting, something I’m really happy doing.’ Toni Morrison began writing as a single mother to two young children. 'Writing was something for me to do in the evenings, after the children were asleep.'

Others, like Trollope, woke ridiculously early in the morning. Sylvia Plath rose at 5am when the sedatives wore up and wrote until her children woke up. Within two months she had produced nearly all the poems that comprised Ariel.


Many writers had to alter their working practices or style in order to fit around family life.

When, in the 1780s, Hester Thrale was criticised for having written Anecdotes of Dr Johnson rather than a full biography, she countered that 'if one is to listen all Eveng and write all Morning what one has heard; where will be the time for... having one's children about one?'

Others used the constraints of family life in order to create. Celia Fremlin's brilliant Hours Before Dawn came from her sleep-deprivation following her second baby. Alice Munro has said that she began writing short stories because as a young mother she had no time to write novels: ‘When you are responsible for running a house and taking care of small children, particularly in the days before disposable diapers or ubiquitous automatic washing machines, it’s hard to arrange for large chunks of time.’

Shirley Jackson told herself stories while doing the laundry. ‘All the time that I am making beds and doing dishes and driving to town for dancing shoes, I am telling myself stories,’ she said in one of her lectures. According to Jackson’s biographer, ‘The idea for “The Lottery” came to her while she was grocery shopping with her daughter Joanne, then age 2. After they came home, she put away the groceries, put the child in her playpen, and wrote the story.’ One can only assume she didn’t much like the other shoppers. 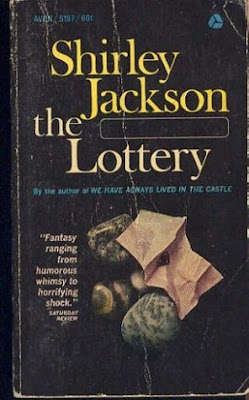 Now it’s not just the women who have to adapt their writing to family life. Michael Chabon and his wife, Ayelet Waldman, have four children and share the childcare so that they can both write. Karl Ove Knausgaard has said, 'When I started to write I thought I had to be isolated. I went to lighthouses in the sea, and uninhabited islands. But then I had children and I realised I had to do it at home. I’ve never written as well as I have since having children.'  In a recent interview, Robert Harris also dismissed the notion that you had to write somewhere remote, saying, ‘You really need domestic routine and life going on around you, I think.’

I question, however, whether their domestic routines involve small children regularly coming up to their desks demanding that they locate small plastic toys or separate a fight. Perhaps I should do as another (unnamed) writer does: hang a sign on the door saying, 'Only knock in the event of blood.'

Anna Mazzola is a writer of historical crime fiction. And a mum.