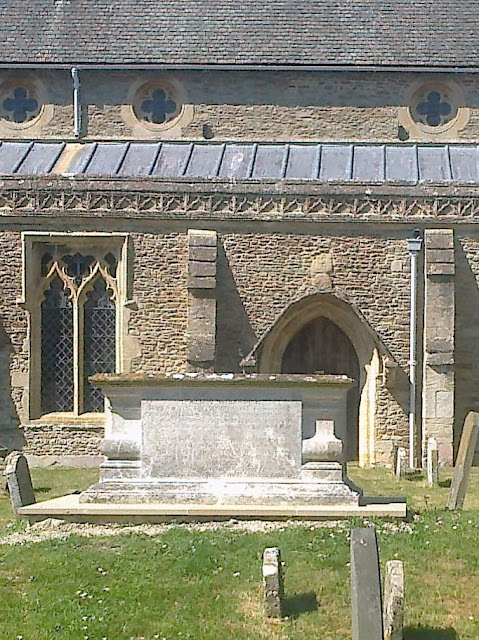 
Carpenter of London and ALICE his wife. A youth adorn’d


with most Excellent Endowments of mind and in all


Arts even above the common reach of his years most


His Parents hope and only Pride and Joy


Whom with the highest duty he allways honour’d


And with great Resignation to the will of Heaven


in the sixteenth year of his age dyed April the 2nd, An Dom


Him GOD to Man had of a Pattern given


Not giv’n but Lent and took him back to Heaven 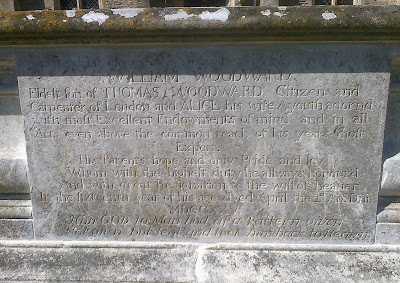 So reads a touching inscription on the side of a table tomb in our local Oxfordshire churchyard, the grave of a boy of 15 who died in 1725. The tomb is a listed monument, protected under law – and last year it had to be restored, as the domed roof of the vault beneath it was in danger of collapsing. And so for a brief week the tomb was cordoned off with black and yellow tape, workmen arrived, and daylight shone in upon the two burials beneath – young William and an older man, now only bones, their coffins having disintegrated. One of the workmen told me that William had a broken leg; was that what caused the poor boy’s death? 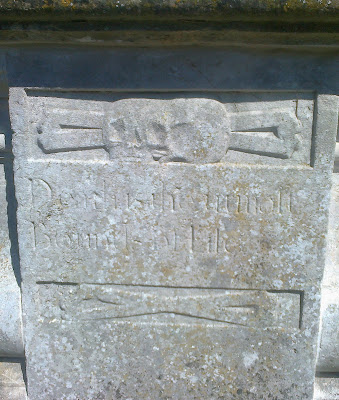 On the west end of the tomb is another inscription, less personal. Beneath two death’s heads, one in profile:

Death is the utmost

And crossed bones under it.

But why was the boy buried here, and what was his father, that master carpenter and Citizen of London, doing in a tiny Berkshire village? (For back then the village was in Berkshire, before the boundary changes.) Now the local history group (Hanney History Group) has done a wonderful job of researching the Woodward family via the parish registers and other records. It seems there was ‘a whole dynasty’ of Woodwards in the village, carpenters by trade, who may well have sent sons to London to be apprenticed in the big city: for Thomas and Richard Woodward – who may have been brothers and were, respectively, a carpenter, and a painter employed in the London parish of St Sepulchre – are named as inheriting property in Hanney. In 1723, Thomas Woodward, Carpenter, was helping build properties in one of the first speculative street developments, in Marylebone. The writer continues:

It seems likely that Thomas Woodward who erected the monument to his young son of 15 wanted to mark his roots and bring his precious child back to Hanney. He also wanted to perhaps show how he had prospered. To be a Citizen of London was no mean achievement. It also meant that he had become a rich man, probably no longer a ‘hands-on’ carpenter. A Thomas Woodward was buried in Hanney in 1747 and may be the father of William – perhaps the other occupant of the grave? The grave seemed set up for three people, but could have held double that number. No records of the burial of Alice, his mother, exist for Hanney.

Now, twenty miles north of here stands Blenheim Palace, built between 1705 and 1722 – intended as the gift of a grateful nation for Marlborough’s victory at the Battle of Blenheim. 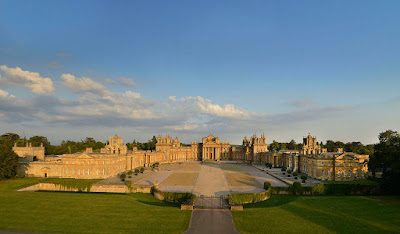 The architect was Sir John Vanbrugh, chosen personally by the Duke of Marlborough but greatly disliked by his Duchess, Sarah Churchill – a lady of character and determination and, famously, Queen Anne’s bosom friend. Sarah didn’t like Vanbrugh’s Baroque design. She herself had wanted Sir Christopher Wren, and she also suspected that he would be very expensive. She was right. Who was to pay for the palace was never satisfactorily worked out between Duke, Queen and Parliament, and all payments ceased when the Queen finally broke off relations with her erstwhile best friend. The Marlboroughs fled to the continent, returning only after Anne’s death in 1714. Building work then resumed with the Duke footing the bill – but altercations soon followed when he suffered a stroke in 1717, and Sarah took charge. Vanbrugh decamped in a rage as she fired his picked master-masons and carpenters and hired her own craftsmen at lower rates. The palace was finally completed in 1722. 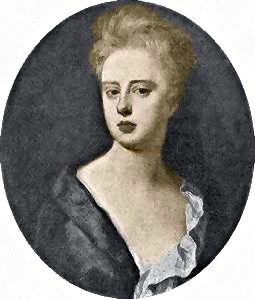 And scattered around this part of Oxfordshire there still stand a number of splendid gentlemen’s houses of similar but slightly later date, built in the Baroque style of Blenheim itself, statements of wealth and fashion. These benefited from the skills of some of those master craftsmen who had flooded into the region to build Blenheim and were now looking about for other work. One of these houses is in West Hanney, overlooking the church and churchyard where 15 year old William Woodward, son of Thomas Woodward – Citizen and Carpenter of London – was laid to rest. The boy died in 1725, two years before West Hanney House was completed.

And so I wonder if there is a chance that Thomas Woodward, with his local family contacts, had been employed at some time between 1716 and 1722 on the construction of Blenheim Palace – or perhaps after 1723, that of West Hanney House? Could that have been what brought him and his family out of London and back to his roots? There’s probably no way we shall ever know, but it seems possible. Certainly the grieving father was rich enough to pay for his son William’s sumptuous monument… a monument which has just cost the parish council the best part of £16,000 to repair.

Posted by Katherine Langrish at 18:21

Lovely, fascinating post, Katherine - though so sad. Thank you.

Very interesting post. I always feel it's very reductionist to say, 'Oh, he came back to the village to show off how rich he'd become, he built the tomb to show off his wealth.' There may be a few people for whom that would be the main reason, but for most the reasons would be mixed.

How many mothers and fathers think, 'I'm going to use the death of my 16-year old son to show off my wealth to the neighbours?' More realistically would be a welter of confused feeling: 'Because I have this wealth, I can do the best for my son.' They probably brought him home to the village because that's where they felt their family belonged, feeling irrationally that he would be less lonely there than in a London bone-yard. In building the expensive tomb they were probably lavishing on him, in death, the money they were now never going to spend on his wedding or setting him up in a home. -- People aren't cool and economically rational about the death of a loved child.