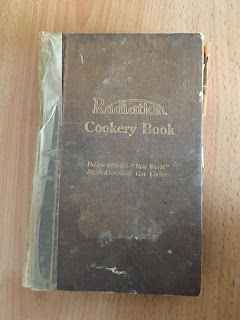 My last post magically coincided with the publication of my first adult novel, Miss Graham's Cold War Cookbook. That novel began with this cookery book. The kernel of the idea was sown when I found the book among my mother's effects. The book was stained, faded and falling apart. I could have thrown it out but I stayed my hand.

It had an interest of its own as a historical document. A book given away with gas cookers - does anyone talk about regulos now, or even know what they are? There's a section on Invalid Cookery, Barley Water, Beef Tea, Calf's Foot Jelly and it gives a taste (literally) of what people ate in the mid Twentieth Century that we tend not to eat any more. Recipes for Heart (Baked), Sheep's Head, Calf's Head, Brain Sauce. 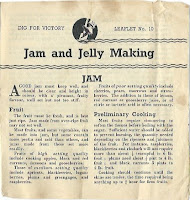 It is also a kind of time capsule. When I opened it, I found all kinds of recipes that had been clipped from newspapers and magazines, many of them from the Second World War. I spent a long time poring over these, fascinated.  This was a little treasure trove, a tiny historical archive that brought a particular time to vivid life. These were not facsimiles. They were of that time, faded and folded, carefully clipped from long gone newspapers: The Daily Herald, Daily News and Westminster Gazette and magazines that had disappeared decades ago. There were leaflets and pamphlets issued by the Ministry of Agriculture and Fisheries, the Ministry of Food, '"New Wartime Recipes" price 7/12d, post free'. DIG FOR VICTORY LEAFLET No. 10'. 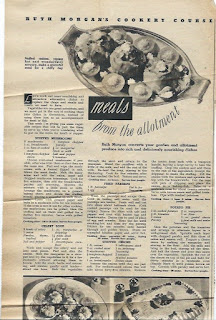 They spoke directly of a time of rationing, scarcity, government departments devoted to managing food production and distribution and of the ingenuity of the individual householder in managing  the family, the ration, doing his or her bit to improvise, to add to the basic ration by growing as much food as possible, digging up the garden, tending the allotment. On a macro level, they illustrate the far sightedness of the British Government in protecting food supply and distribution in a country heavily dependent on food imports which were likely to be curtailed, even cut off by enemy blockading. The simple strategy of encouraging more home production while safeguarding fair distribution and coming down hard on hoarding and black market trading were important strategies in maintaining a healthy working population and adequate supplies for the fighting troops.
Dig For Victory was no idle instruction.
I found all this fascinating, but the most valuable finds were the hand written recipes slotted into the pages, on different stationery, in different writing. These were from the people who had handled and used this cookery book, swapping recipes as women did then and still do. Now, it might be a link to a page or a computer print out but the desire to share a favourite recipe is common to cooks. These recipes, swapped between my grandmother, aunt and my mother, were the only written connection that I had found between them. There was something here that I knew I had to write about. I carefully saved the book. It was now  a 'found' document of special significance. 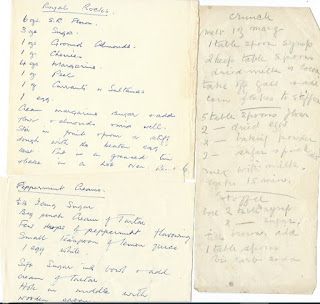 It was years before I discovered the key that would link to that initial idea and provide the inspiration for  Miss Graham's Cold War Cookbook. The Radiation Cookery Book remained central to the writing of the novel. Hand written recipes, swapped between women, morphed into coded messages; the recipes in the Radiation Cookery Book providing the key to the code. I also found a use for all those newspaper and magazine clippings. My main character, Edith Graham, is a school teacher but she has an alter ego, the rather dashing cookery writer,  Stella Snelling. This allows her to lead a hidden life and I've  always loved hidden lives... 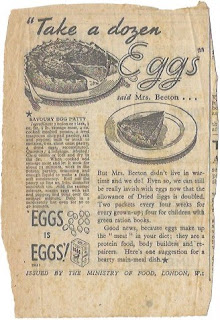 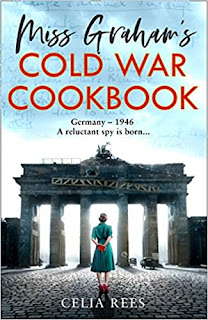 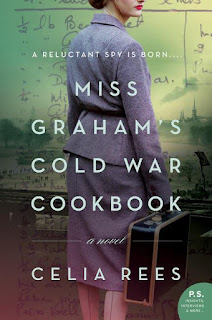 I have an ancient, falling apart cookery book too, which belonged to my mother. I think it dates to just after WW2, when rationing was still in force. It lists things like dried milk and dried eggs among the ingredients and has many nifty things to do with turnips.
But my book, sadly, has never inspired anything as wonderful as 'Miss Graham's Cold War Cookbook'!
Hope it sells a million!

This is such a wonderful story, Celia. I love all the connections with your grandmother, aunt and your mother and that their handwritten recipes represent correspondence between them all. The recipe for peppermint creams brings back happy memories of my own mother's kitchen!

Most of all, I absolutely loved 'Miss Graham's Cold War Cookbook'. Such a gripping read and I found myself willing on Edith every step of the way. You stayed true to her character as a school teacher (I particularly enjoyed those details as a teacher myself!) but skilfully portrayed her alter ego in a convincing and compelling narrative. Congratulations!

Thank you, both. Miss Graham's Cold War Cookbook was one of those books one feels compelled to write. Like many 'works in progress' it went through many vicissitudes and difficulties but I would never, never give up on it. All I had to do was think of those hand written recipes and go back and work harder to turn it into the best book I could write. I knew as soon as I opened that old recipe books and saw those carefully clipped recipes and their different hand writing that here was something I had to write about.It took 15 years but sometimes writing is like that.

Enjoyed the book hugely, Celia. I was born in the war and remember post war rationing and a very different life growing up in the late forties and fifties. So many writers get the atmosphere, the clothes, the relationships and women's expectations and place in society wrong but you are spot on!