THE REST IS HISTORY. Tom Holland, Dominic Sandbrook and the best podcast of all. By Adéle Geras

At the beginning of 2021, I was still doing my one hour Lockdown Walk every day. I would come out of my front door, turn left or right and see where the road took me. I wear hearing aids and used to listen to radio  all the time, as I trod the streets. This was usually LBC radio because I like most of the presenters and during this solitary-ish time, it was good to hear voices, opinions and arguments from everywhere about  what was happening in the world.

Here are two things you may not know about me. First, I'm a  news junkie. I read two newspapers every day and still have one of them delivered. I watch tv  news and discussion programmes. I loved the daily press briefing during the pandemic and followed the whole Covid saga from the beginning.
Secondly, I have various bees in my bonnet and a stable full of high horses on to whose backs I like to clamber from time to time.

One of these is a passionate belief in the paramount importance of History as a subject for study. I think everyone should have History lessons until  they're at least 16 years old.  When a poll appears telling us that  75% of teenagers think Churchill is an actual bulldog advertising a building society, I could weep. The utter ignorance I see everywhere I look depresses me greatly.

That's background. Here's the story. On one of these walks I came across a new podcast. Someone had mentioned it on Twitter. It was called The Rest is History and I loved it instantly. I have since listened to every single episode.
The excellence starts with the format.  Two good friends chatting informally. That's it. They share a love of  History and of the odd nooks and  corners and fascinating titbits that crop  up all the time.  They talk about everything, from the  history of Ancient China to the Cold War, taking in fashion that can kill you, childbirth, Burgundy, (the territory not the wine)  Alexander the Great, Justinian and Theodora....on and on. I've put up some pictures here to demonstrate the range, but this leaves out delights like the World Cup of Kings, (and Queens and Gods) and the wonderful Historical Love Island, which was won by Stanley Baldwin and the Empress Theodora. She  would, believe me, have been right at home there, at least in her youth. I can't begin to tell you how many excellent topics there are to be found on the podcast. Most recently, the podcasts Tom and Dom have given us about Russia, Putin and the Ukraine War have been unmissable.

They often bring in experts. Tom's brother James knows everything about the Second World War and I like imagining the  Holland brothers' childhood and what life must have been like in their house when they were children.

The two men have different specialisms. Crudely put, Tom is Ancient and Dom is Modern. (You will find their  photographs at the end of this post and it's not a reflection either of their merit nor of my opinion of them that the sizes are so different. What this this means is: I'm very bad at putting up photos on the blog....that's the size they were when they appeared on my computer and I don't know how to make them the same as one another! Apologies.)

My best advice is: look each of them up on Google. They are writers. They are thinkers. They appear on television. Tom is a cricketer. One of the best short series on the podcast has Tom taking Dom around London pointing out all kinds of historical glories which Dom doesn't appreciate nearly enough, possibly because he's wearing new shoes and they're killing him. Other series on the Falklands, Watergate, the American Civil War are also brilliant. One of my favourite recent shows had Sarah Churchwell speaking about Gone with the Wind....you will see it in a different light, I promise you, after you've heard this podcast.

There's now a Rest is History Club, complete with chatrooms and privileges. You get ad -free podcasts and special episodes.  They do live events. They're on Twitter and very active there.

Best of all, they're tireless. They simply never stop. A new episode airs almost every day and the standard remains impeccable. The lovely banter and fun between the two of them seemingly never flags. Listen to one episode....I guarantee  you will be hooked. 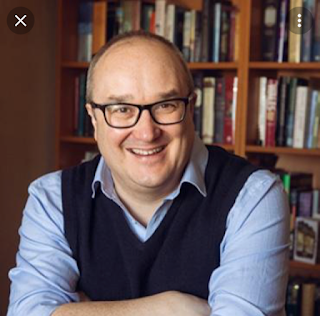 Have been meaning to listen to this for some time - now you've given me a nudge! Have never really listened to podcasts, but have recently got hooked on The Rest is Politics, with Rory Stewart and Alastair Campbell.