Ghosts on a Wire by Linda Wilkinson

We welcome Linda Wilkinson as a guest to our blog today. Her play, Ghosts on a Wire, opens at the Union Theatre on 21st September. 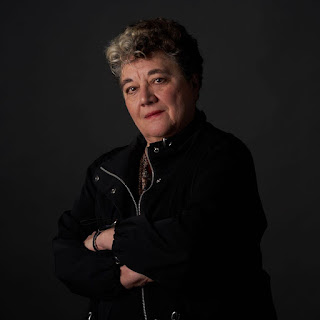 Drama and Industry in Blackfriars

The Bankside in Southwark has been home to many innovations of note, not least of these being the first steam powered grain mill in the world and then the largest gas fired electricity generator, the Pioneer, which in a later incarnation stands as Tate Modern.

From the 18th century onwards, this area was a place of “dirty” Industries. It was a cash cow for City of London businessmen, who were happy to keep the filth over the river on the south side and rake in the profit.

The Pioneer, built to serve the square mile, resulted in the decimation of swathes of streets and communities. The pollution it unleashed was monumental. It physically destroyed the sole remaining pub, the Waterman’s Arms, which was next to this smoke, heat and vibration spewing leviathan.

It also saw some of the earliest attempts by Victorian philanthropists to address the resulting air-pollution. One of these being Octavia Hill, who has a long history in the area, which is present up to this day.

In 2019 Southwark Council under its Blackfriars Stories stream commissioned a play about the Albion Mill, the aforementioned steam powered grain mill, which was performed at the Union Theatre, a stones’ throw from the site of the Mill itself.

In 2020 a second play, this time about the Pioneer and its historical impact on the environment and peoples of Southwark was planned. Little did anybody know then then that Covid would see this endeavour, and the production of the play that became Ghosts on a Wire, halted for two years.

London is awash with history and this particular part of the south bank of the Thames is particularly rich in Industrial heritage and also the presence of some intriguing characters.

30 August 2022 was the 225th anniversary of the birth of Mary Shelley, who features as one of the ghosts in the new work. She, like Michael Faraday, the putative inventor of electricity, and William Blake the visionary were habitués of Blackfriars where the historical events enacted in the drama take place.

Germane to the plot is the Leverian Museum. This natural history and ethnographic collection stood for some years at 3 Blackfriars Road, not far from Michael Faraday’s later workshops. 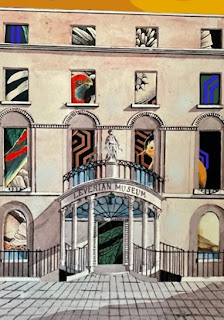 It was a place of curiosities and strange skeletons and fed into the growing interests into the natural world and inexplicable phenomena, such as lightning, which in turn led to early experiments into electricity. Here at the Leverian, luminaries of the period would gather to watch demonstrations and hear readings from works. Blake would most certainly have been an attender of this collection, which was famous in its day.

In the late 19th and early 20th centuries when the industrial pollution of Blackfriars was at its height, Octavia Hill, co-founder of the National Trust, was working on building some of her model cottages in Southwark. This inventor of social-casework, was also an early proponent of the clean-air-movement who fought to keep London’s open spaces clear and free for the working population to use freely as they wished. With a group of like-minded women, she also founded the Blackfriars Settlement, which functions to this day, its ethos unchanged during the 130 years of its existence, to create and provide community services and support. 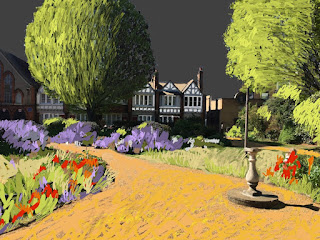 Given this multifarious series of events, endeavours and notable people, all of whom circulated around a small area of Blackfriars, it shouldn’t be surprising that modern echoes come through. In 2020, when the play was mooted, the cost-of-living crisis was not a consideration. The Housing crisis was already upon us, but not the choice between heating, eating, cooking or indeed washing. That energy prices would rise by thousand-folds and that the poor might die as a consequence was not on any agenda.

A play about the poor versus the wealthy, about electricity profiting one sector of society whilst the lack of it causing others to go hungry and become homeless, one had hoped to be something for the historical records, but sadly no.

However, it’s always amazing to find the resilience, joy and hope that people find in their lives, even when facing adversity. The Publicans of the destroyed Watermans’ Arms being of note. The court case which they took “Shelfer versus the City of London Electric Lighting”, stood for over a century. Life went on, even for the Watermen who did the final “Bovril” runs on the Thames who found work in newly Unionised industries. Octavia Hill, whose fight for the disadvantaged seemed endless, in the end gave the Nation one of its greatest gifts. 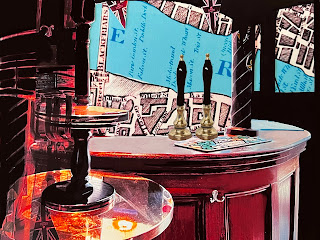 London’s rich and varied history is cyclical, always winners, always losers. Places of dearth, become places of wealth until the pendulum reverses. Today St Paul’s cathedral looks over the river at the Tate Modern where, if you can but imagine it, a pike-pond once provided fish for Mediaeval Royal Tables. Ghosts of the past exist everywhere in our great City, you need not look far to find them. 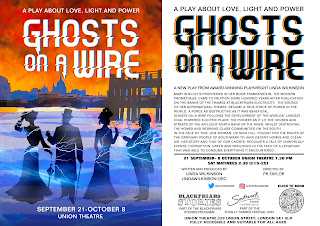 So looking forward to seeing this play! Looking at how the poor pay in their health for keeping the rich in luxury ... was never more apt than today.