Dance and privilege - interpreting the past, by Gillian Polack

I’m writing this post weeks before it gets put online because I’m off to Ireland for the World Science Fiction Convention and for a bit of research and to see a lot of friends. Another person attending the conference asked about Regency dances the other day, and named specific English dances. There are several possible reasons for there being no dances announced at that precise moment in time, but the first thing that came to my mind was the element of Pride and Prejudice that is all about the military. The Bennet sisters who were so excited when beautiful young men in uniform came their way.

Some types of story (and the way the military is depicted in Pride and Prejudice means that it’s one of them) let us think that historical hurt can defended with a parasol or with gentle intervention.

In fact, this is true for some people in some places at some times, including in the early nineteenth century. In New South Wales in 1808, Governor Bligh’s daughter, Mary, defended her father against the military that was deposing him. She used her parasol. She later married into the military, however. Jane Austen depicted a truth about the relationship of women of the right background and their relationship with the British military at that time, and Mary was, for me, the young woman who exemplified it in real life. 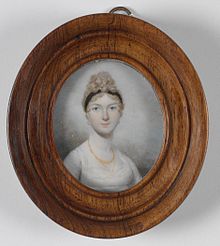 It was not the only type of relationship.

Those same military personally, if they were in Ireland, presented differently to different parts of the population. They may still have been an excitement and beautiful young men to those of the right ancestry (mainly English and Church of England) but they were certainly not kind to much of the Irish population. Social events that included these soldiers were not something many wanted to attend. Re-enacting those events is re-enacting historical problems. Having modern parties that features those problems, including English dances that celebrate the military, is celebrating hurt.

This can be extreme. We all have our own examples of historical incidents that are almost too painful to talk about. Mine is food-related from the 1940s, and has nothing at all to do with Jane Austen or dancing. I’ve mentioned it before and no doubt I’ll discuss it again. It’s something I still haven’t resolved or come to terms with and I am forever repeating myself on matters historical until I sort things out.

I have a cookbook I still have not used, because every time I bring it out I say “I will use it and remember these women” and I look through the recipe (which are delightful) and I make plans… and I can’t bring myself to cook. Every single one of the authors of this book was dying while they were remembering food they used to make for friends and family. Their particular cuisine was almost wiped out by the murder of the Jews of Middle Europe. How can I have a dinner party with this in mind? How can I not?

What I can do is what Edna Ferber did, and find a way of translating the complex and awful history into fiction. That way we see more than one view. That way we look at Ireland and can see why some dances had different values to those same dances in England, and we can see why.

We know that historical experiences are not shared, but when an exciting narrative comes along we can forget. Fiction helps cement us in the forgetfulness, but it can also help us see views other than our own. I was going to talk about how wonderful Tara was before the Civil War in Gone with the Wind, but then I remember how a couple from different backgrounds had their lives destroyed when someone found out in Showboat. This is how Edna Ferber handled part of the painful past, in the novel Showboat. There was a hero-moment when Steve drank a tiny amount of Julie’s (his wife’s) blood so that he could claim he had the right blood in him and so that they could stay together. The reality in Showboat was that the hero moment didn’t take the pressures off. It didn’t allow Steve and Julie to continue making a living as a couple. It didn’t allow them any happiness. 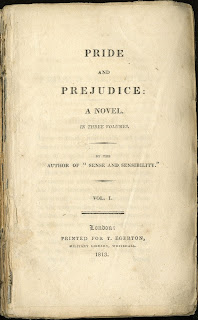 The reality in Gone with the Wind was that Scarlett O’Hara’s life was privileged. She suffered during the war, but she wasn’t a slave before and she wasn’t treated like a lower part of society afterwards. The reality in Jane Austen’s stories is that most of her characters are similarly privileged.

Dances are one of my clues to how people were treated and what they did with their lives. In Showboat, Julie dances in a particular way that demonstrated her background. In Pride and Prejudice, the Bennet girls dance in the way that demonstrates theirs.

I need to discover what someone not linked to British troops and English rule danced in 1808. I already know about the dances Mary did around the time she defended William Bligh using her parasol. William Bligh may have had the worst bad luck – first the mutiny on the Bounty and then the Rum Rebellion in New South Wales – but he was not lacking in privilege in most ways and his daughter danced the dances of the gentry, just like the Bennet daughters.