Nostalgia, or, Be careful what you wish for 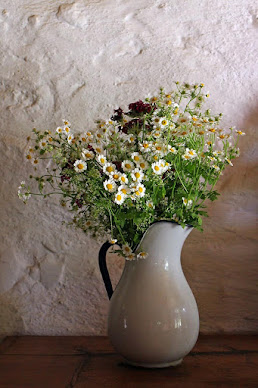 I often find myself yearning for the past. Not for a time of personal recollection and experience, but for The Past, a lost time of history.

As a child I read voraciously, historical novels a speciality. My favourites were those where the protagonist slipped through the boundary between then and now, and pitched up in another time. Compared to the past, the here and now can seem so unsatisfactory, so rushed and uncertain, so disappointing.

On all sides I am assailed by a sense of loss, the ‘now’ falling short from the pre-lapsarian ‘once-was’: fewer birds and animals, the ice caps in retreat, even a dwindling of the darkness, harried into the few remaining parts of the planet as yet unlit. I am even thinking nostalgically of the famous passage from Ecclesiastes, ‘To every thing there is a season, and a time to every purpose under the heaven’. The reaping and sowing, the building up and breaking down seem now to have been replaced by a solitary time of unending consumption.

Compared to this, the past looks measured and well-run, with predictable, proper seasons, a clear social order, and vintage homewares like those sold in National Trust shops.

Frequently I feel as though I don’t fit in the now; I was born out of my time. And if you’re reading a blog about History, chances are you feel that too.

Maybe we all have a period that we yearn for more than any other. The one that captures my imagination and nostalgia – the one that I long to experience – are the interwar years. Basically, I want to go on holiday in the 1920s and 1930s.

This might seem like an odd period to pitch up into, but just look at its advantages. As a dress historian, I’ll start with the clothes: chic but simple; a new look but without the nauseating turnover of fast fashion; body adaptable but not skimpy. Thanks to the new fashion of the bob a woman could have short hair, and if she were daring enough, could even wear trousers. 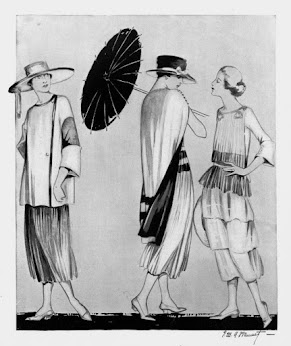 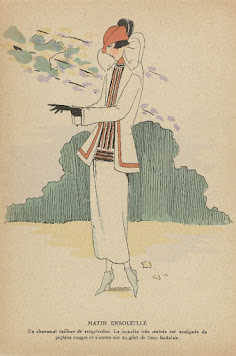 But there were other things possible for a woman in this period too. She could go to school and even university. She could vote (full suffrage in 1928), divorce on equal grounds (1923 Matrimonial Causes Act), and thanks to the Sex Disqualification (Removal) Act of 1919, earn her living in the professions. And since I’m also a bit of a Golden Age detection junkie, we may as well add that she could become an all-time best-selling crime author. (Thank you Dorothy Sayers, Agatha Christie, Ngaio Marsh, Patricia Wentworth, Margery Allingham, Josephine Tey…) 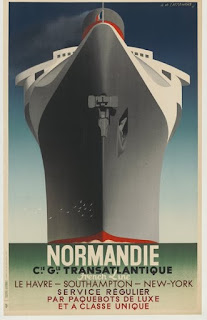 There were also aspirins, luxury ocean liners, English villages straight off a chocolate box, and sensible brogues for country walking.


But this is all rubbish of course. In the eighteenth and nineteenth centuries, nostalgia - that desperate, sweet longing for an unattainable place or time – was considered to be a disease. In the twentieth century we turned it into a marketing opportunity. It is a longing that we now both assuage and nurture with heritage visits and retail therapy. But as yearningly pleasurable as nostalgia is, I think there is something to be said for its earlier pathologizing.

Obviously, having your eyes fixed on a distant horizon means you’re blind to the here and now – including to all its advantages and joys and beauty.

But it is also bad history, for the yearning gaze sees only what it wants to. Let’s face it, if I were magically transported back I would not cruise the Atlantic, look fashion-plate perfect, or live what I consider to be an emancipated life. I would have fewer opportunities, miss modern dentistry, and be bereft without trainers. There may have been corncrakes in every field, but the cities were also clogged with choking smoke. My view of the interwar years conveniently starts up after the Spanish flu, pans quickly over the maimed WWI servicemen begging on the streets, ignores the Depression, and very handily stops short of the next war. I am blind to incalculable loss and past trauma.

And perhaps the most important thing that I need to remember is that while I look to a golden past, so did that very past look back and itself yearn for an earlier time. Where I see certainty and a wonderful retro-design aesthetic, the interwar years were experienced very differently by those who lived them. This was a time of self-conscious newness, jagged and uncompromising. The First World War had shorn the world from the past and in its place was modernity: angular, fast, and utterly different from old fuddy-duddy bewhiskered Victorianism. And where I see a rural, unchanging paradise, contemporaries experienced a swamping tide of technology and suburban expansion. 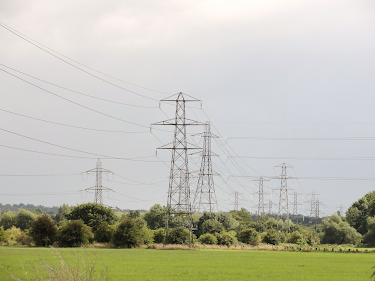 Take electricity for instance. When Stanley Baldwin announced plans for the National Grid in 1926, it released the slow march of pylons. This was bitterly contested, especially in areas of the countryside renowned for their beauty. In a letter to The Times in 1929, W.H. Cormack of Mungrisdale Vicarage called the pylons a ‘hideous disfigurement’ on the Lakeland scenery. Electricity, he said, was not even needed: ‘in the country we get on very well with oil’ (The Times, 6 July 1929).

The following year, 1930, a correspondent from Kent deplored plans that would leave ‘all lovers of our beautiful country, all lovers of history and tradition’ mourning a landscape that ‘will be utterly ruined’. He suggested siting the proposed pylons next to the London to Folkestone road, which had already sprouted ‘the usual crop of bungalows, petrol pumps, tea shops, and advertisements for Continental watering places’ (The Times, 16 January 1930). Where I look back on quaintness and romance, all Lewis Biggs of Treetops in Wrotham could see was nasty new-builds, brutal modernity, and ugly commerce.

So what’s the moral?

One. I need to remember that in time, others will come to see my crippling present – even with a global pandemic – as their nostalgic place of safety.

And three. Be careful what you wish for. 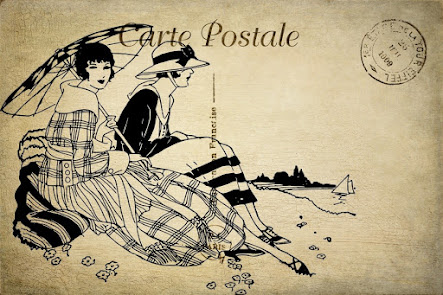 Love this. Personally, I've always read history as a way of being very thankful for being born when I was.
But present circumstances are making me rethink that and long for the Stone Age.
Which we may soon return to.

Hmn. I'd miss the antibiotics and the women couldn't take their degrees. But for a lighthearted look at the 20s and 30s I recommended Sue Limb's marvellous Gloomsbury radio series. Plenty about clothes in it too.