From Spare Oom to War Drobe; Travels in Narnia with my Nine Year Old Self by Katherine Langrish, Reflections by Penny Dolan

I know Katherine Langrish as a friend but also as a remarkable children’s writer, storyteller, folk and fairy-tale expert and enthusiast, as well as for her richly wonderful blog Seven Miles of Steel Thistles.

Even so, when I heard of her forthcoming book about her love for C.S. Lewis' Chronicles of Narnia I did wonder how she would write about such an odd collection of characters and creatures.

Would the book be a nostalgic memoir of mid-century childhood reading, in the style of Lucy Mangan’s Bookworm? Or would it remind me of Nicholas Tucker’s study, The Child and The Book, about the influence of reading on a growing boy?

What would Katherine Langrish’s book be? 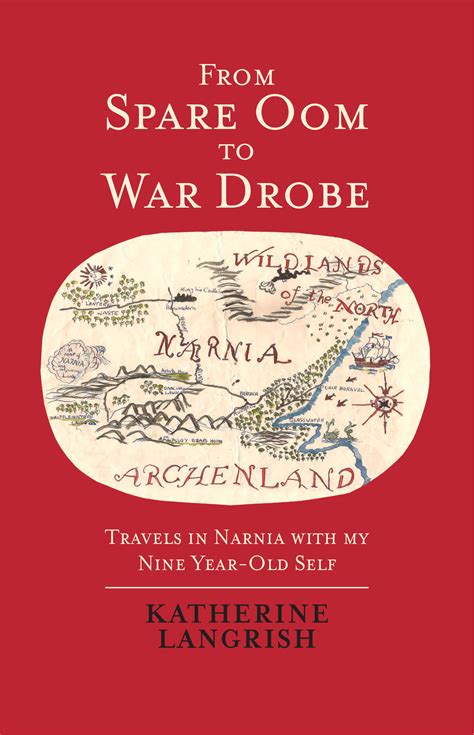 The slightly odd opening of the title is a clue, easily recognised by fans of The Lion, the Witch and the Wardrobe. These words are spoken by Mr Tumnus the Faun as he formally addresses the young heroine, Lucy, after she has told him how she entered the snow-bound land of Narnia.

“Daughter of Eve from the far land of Spare Oom where eternal summer reigns around the bright city of War Drobe, how would it be if you came and had tea with me?”

Unfortunately, there is more to his invitation than kindness . . . 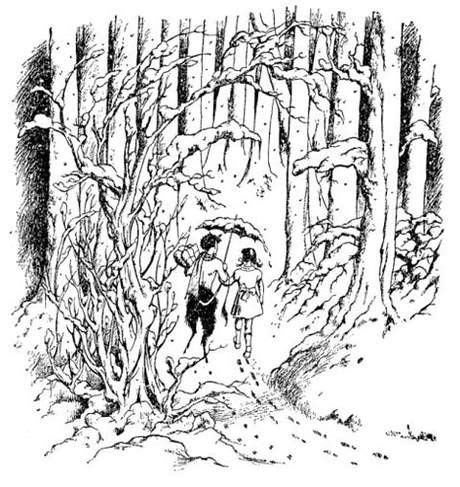 However, the next part of the title – Travels with my Nine Year Old Self – is what makes this book such a delight for me.

This reflection on the Chronicles is not a distant critical study but one involving Katherine Langrish both her present and her own young self. We meet her as a young reader, experiencing the Narnia books for the first time and loving the Lion in this story almost as fiercely as Lucy does.

When her young hopes of entering Lewis’s magical kingdoms bumped up against reality, and less obliging wardrobes, she responded by filling notebook after notebook with her own stories: creating her own magic portal, and starting off on her own life as a writer.

I enjoyed meeting this child, whose younger viewpoint sits firmly but lightly within the tone of the book: she is like an imaginative, companionable bookish school-friend. As she reads through the seven books, her main interest  was and is how dramatically satisfying she finds each story. What will happen next? Does it feel true?

This approach allows Langrish to bring the understanding, feelings and disappointments of a young reader to what is otherwise a knowledgeable, grown-up study.

Freed from the role of “literary critic”, she suggests that as a child she did not "read" the Christian messages that angered the author Phillip Pullman, and that she simply read “as a boy” rather than feeling herself limited by the lack of female role models.

Besides, she is happy to simply skim or skip bits that are dull or of no interest, Interestingly, she is quite content to have cruel justice dealt out to baddies, where an adult writer, now, might feel they should demonstrate exemplary compassion. 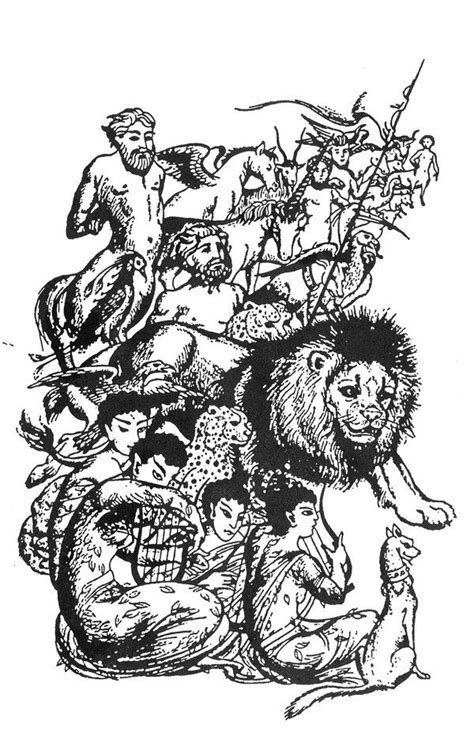 Of course, the other voice in "From Spare Oom..." is that of Katherine Langrish today: fully-grown and well able to take the reader through all seven Chronicles which are presented in their narrative rather than their written order.

In this role, she traces the sources and influences within Lewis’s writing, emphasising the rich seam threaded through the histories of Narnia. Lewis often mixed narrative cultures together, a practice that his friend JRR Tolkien apparently deplored and avoided in The Hobbit and Lord of The Rings.

As she moves from one Chronicle to another, Langrish opens up Lewis’s “treasure house” - both the concious and unconscious rooms - for the reader. She reveals ideas drawn from British folk and fairy stories, from the collections of the Brothers Grimm, from the Tales of Romance, Arthurian legends, Celtic myths and from Arabian and Oriental folk tales. She also expands on literary echoes found within the titles, referencing Spencer’s “Faerie Queen”, Bunyans “Pilgrims Progress” and both Old and New Testaments. 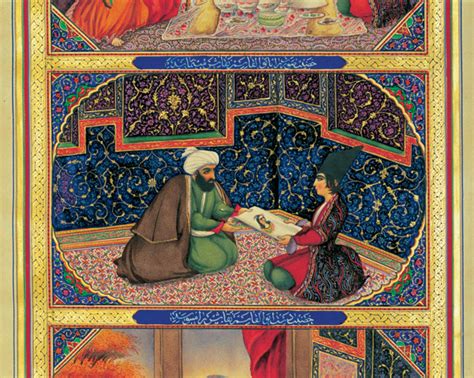 She examines the structure of the stories, welcoming their richness, but reminding herself that she would have ignored any puzzling or boring parts. She gives an occasional sharp reprimand to Lewis, for his casual unfair dismissal of the “worldly” Susan, the sin of “fatness”, his racist accounts of the dark-skinned Calormenes and more, as well as the interminable stretches of The Last Battle. She is shocked too, to find that, compared to the Tolkein’s warrior-filled sagas, Lewis’s supposedly gentler Narnian fantasies include vividly realistic gore, blood-thirsty attacks and casual slaughter.The young reader did not seem to noticed this overmuch.

Lewis’s ChroniclesTofered on particular gift that  offered the young Katherine. Each book has a different "flavour”, its own different inhabitants and its own sense of history and time. So, if the bold, young Prince Caspian can become the old, dying King Caspian between one book and another, might that mean that time moves differently between one world and another, or that there are worlds we cannot see? Could that be possible? Through his stories and writing Lewis gave his young reader a different way of thinking, introducing her to what later she would recognise as the concepts behind time travel, science fiction fantasy and philosophy.

Through the Chronicles, his writing showed her that storybooks could be

“as much about ideas as events”

and so changed her understanding of the power of literature and writing.

As I finished squinting at my downloaded copy, I was very glad that my own order of “From Spare Oom” will arrive soon. This next time, I will read it with a set of the Chronicles of Narnia on hand for company and reference, as well as having my nine-year-old companion from Spare Oom sitting there too. We will enjoy a very fine reading adventure. 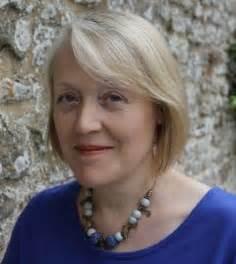 Good wishes to you this Saint Walpurgis Eve, a time of year when the bonfires are lit, and a happy May Day to follow.

“From Spare Oom to War Drobe” is published in hardback on 6th May 2021.

So much agreed with this: - 'Freed from the role of “literary critic”, she suggests that as a child she did not "read" the Christian messages that angered the author Phillip Pullman, and that she simply read “as a boy” rather than feeling herself limited by the lack of female role models.'

As a (young) adult, I read several of the Narnia books to a much younger brother. I was startled by what then appeared as a very clear Christian message. It had gone completely over my head as a child.

Nor did the sexism rankle until I was an adult. As a child, I think I identified, yes, with the boys but also with Lucy. I was completely indifferent to older Susan's interest in make-up and nylons and I don't remember thinking anything about it, one way or the other. There are always many things a child reader doesn't understand and simply ignores to get to the good stuff -- all those talking animals and, yes, the goriness.

Hooray, my own copy arrived this morning!

I can't wait for my copy to arrive! I'm sure it will be as fascinating as you make it sound, Penny. I love the idea of the young reader next to the older, considered and erudite adult. There is such freshness about the child reader - no time for political correctness, cultural appropriation or woke sensitivities - in there for the story and the story only. I also found it interesting that Kath read as a boy. There are female characters in the books but the child reader often finds their own reader identity, gender immaterial. I know I did. Want to read the book even more now and Narnia! Thanks, Penny, for an excellent post!