I've been blogging for more than twelve years now, both here, on my own blog and on other people's blogs. The purpose of the blogging was to make people aware of my books by choosing sites that focussed on historical fiction. So the question is, did it drive much traffic to my books, and why only now, after all this time, am I starting to ask these questions? 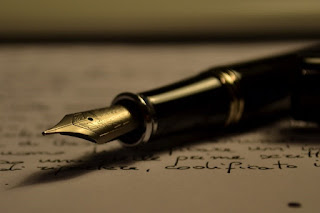 Late last year I decided I wanted a new website. My old one was outdated and looked tired, and I wanted to integrate some new ideas like giving away something free to generate traffic. I went to what I thought was a reputable company that specialized in WordPress websites. This was a massive mistake which I only realized once I'd got involved in the re-design and paid a large chunk of deposit. There never seemed to be the same person answering my queries twice, and when one thing was fixed another broke. Eventually after months of wrangling, crashes and disasters I asked someone for a recommendation and a new designer took over - phew! But what neither of us realized was that all the photos and links to my hundreds of blog posts were now missing or dead and didn't transfer over.

They are now lost and can't be reinstated and to individually find the links or pictures for each post is a massive task. Only posts since August 2020 are visible as they should be. Fortunately I had backed up my posts on Authory, (thank God!) but it doesn't save the pictures, so it would still be hundreds of hours of work to reinstate all the pictures, and the posts still be dead links from other websites. So it led me to the question of was it worth doing and...

I decided to look at how many hits I got on my blog posts and the results were depressingly low. Mostly in single figures. I host blog tours on my blog for other Historical Fiction writers, and these posts were also getting very few hits, despite my desperate tweeting. I began to wonder if I should blog at all, and what was the point of writing stuff no-one would read. Certainly each post took hours of my time to write or set up, for the benefit of a handful of people who my Amazon rankings showed, probably never went on to buy a book. Supposedly traffic 'raises awareness', but what use all this awareness was, and how to cost it into my precious time, was debatable.

The Eureka moment - it's all writing

Following the 'lost blog post' disaster, I copied all the posts from Authory into one document. It was then that I realised - hey, it's all writing! This might seem obvious, but its not until you have more than 100,000 words in front of you that you realise you have produced a substantial body of work. I decided to divide this output into themes, and found I had many posts on the craft of writing, and even more posts on themes around the 17th Century. I began to collate them into e-booklets which could be given away and the first one on writing historical fiction is now available for free to anyone who wants to download it on Bookfunnel. It is a rough and ready document, not to be published or sold, but is there for anyone who wants to read it. The joy of it is that I can just give away this material, and it can have a second life. 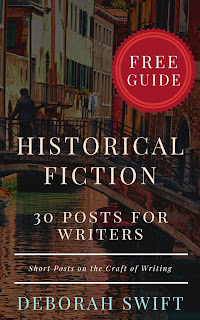 How to do this if you want to have a go

First of all, it costs nothing - all the programmes to do it are free. The first collection  - Historical Fiction: 30 Posts on the Craft of Writing was made up as a simple Word Document. (I used the standard Headings function to make sure it would have a Table of Contents when converted.)

The booklet is an hour's worth of e-reading and just over 20,000 words long, so the posts are in bite-size chunks. I made it into epub and Mobi (for Kindle) files using Calibre, and then made the simplest possible ebook cover in Canva. The whole thing took me a day to do. Yesterday eight people downloaded it. Yes, I know that's not very many, but there are links in it to my books - and who knows, maybe I'll be lucky and sell some! And instead of the posts being lost or never looked at again, they are having new eyes on them. In the next few weeks I'll do the second hour's worth of posts in another booklet to give away. What's more, it feels good to produce something from all those hours of work.

Because I can see that there is the potential for another booklet on writing, and at least three on historical snippets of the 17th Century, it has re-enthused me to blog. If no-one reads the posts, well it's still writing. I love to write about the craft of writing, and each post goes to make up a larger body of work, which at some time, might become another free booklet that I can give away. The fact the posts might become something bigger has made me keen to write more of them. Because these are not 'officially published' and free I feel no pressure to make sure they are perfect. It is more important to get the work out there to be read.

My next booklet will probably be one called something like 'The 17th Century Miscellany' and will include many posts from this blog, my own blog and other places where I've blogged on history. I look forward to giving it away! If you're reading this, perhaps you've a collection of posts that can be made into a booklet? 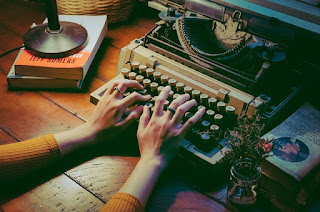