The Battle for Hampstead Heath by Miranda Miller 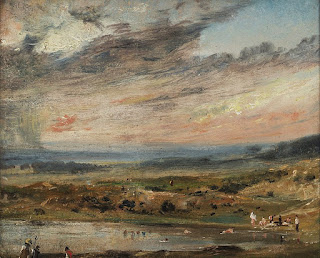 This 1821 painting by Constable, Hampstead Heath with Pond and Bathers, shows what this glorious open space meant to Londoners for centuries.  I’ve taken it for granted all my life but in fact we only have it because people fought to save it. This inspiring story was one of the first great conservation battles.

Hampstead Heath was mainly common land but there was a Lord of the Manor and in 1829 this was Sir Thomas Maryon Wilson,  who wanted to turn Hampstead Heath into a private estate of 26 villas. He built this viaduct as part of a planned entrance and It is still there, looking rather surreal, leading from nowhere to nowhere. 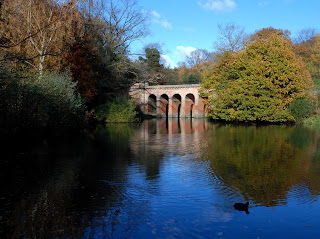 He threatened to commercialise the heath, selling sand and ballast along Spaniard's Road to the Midland Railway Co. The inhabitants of Hampstead fought a brilliant campaign, in and out of Parliament, to preserve the 'lungs of the metropolis'.  This 1829 cartoon by George Cruikshank, London Going out of Town or The March of Bricks and Mortar, was extremely popular and expressed Londoners’ fear that the voracious city would swallow up all green spaces. 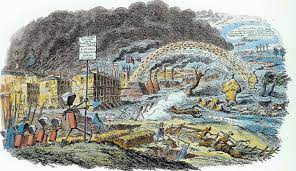 In 1865 the Commons Preservation Society ( now the Open Spaces Society), Britain's oldest national conservation body, was established by these campaigners to preserve our commons for the enjoyment of the public. Founder members included John Stuart Mill and Octavia Hill, one of the founders of the National Trust thirty years later. The Hampstead Heath Protection Fund Committee was founded to raise money to try to buy the land and the campaign  continued through the courts, only coming to an end with the death of Sir Thomas.

Victory was sealed by an Act of Parliament in 1871 which protected 200 acres of the heath as an open space for the people of London. The campaigners’  aim to keep the land forever ‘unenclosed and unbuilt’ was achieved. The same year the Bank Holidays Act was passed,  creating three holidays a year when people could  enjoy the heath and other open spaces.

In the 1890s there was a new battle. The London County Council decided to ‘tidy up’ and ‘parkify’ Hampstead Heath. Their plans to trim the wild gorse and hedgerows and turn footpaths into roads was passionately opposed by campaigners determined to preserve the wild, rustic character of the heath. A petition was supported by newspapers and signed by distinguished leaders of the new conservation movement, including Octavia Hill, Sir John Millais and Norman Shaw.

The Extension,  an open space to the north-west of the main heath. was created out of farmland, largely due to the efforts of a remarkable woman, Henrietta Barnett, whose wealthy  family denied her a formal education until, at sixteen, she was sent to a school run by the idealistic Hinton sisters. 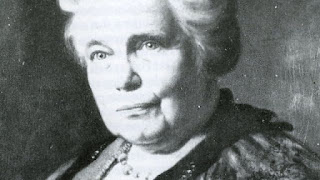 Octavia Hill,,  who  introduced Henrietta to the writings of John Ruskin, as well as to many influential people similarly interested in improving the condition of London's poor. Through Hill, Henrietta met and later married a young curate,  Samuel Barnett, who believed  that women “should have the same liberty as men to follow any calling and to vote at any election”.

This progressive couple were also influenced  by Ebenezer Howard and the model housing development movement. They passionately  supported a campaign to protect Wylde’s Farm from development by Eton College. In 1904, they established trusts which bought the land along the newly opened Northern line extension to Golders Green.  That land became the Hampstead Garden Suburb, a model garden city developed through their efforts and those of architects Raymond Unwin and Sir Edwin Lutyens. It was originally intended to offer socially mixed housing, although it is now a middle class area. Remembering the education that was denied her, Henrietta Barnett gave her name to the  school that was was established there.

Parliament Hill was bought for the public for £300,000 in 1888 and Golders Hill Park was added ten years later.  Kenwood House and its grounds were saved from property developers by the Earl of Iveagh, who used the house as a gallery to display his art collection, including works by Rembrandt, Turner, Vermeer and Angelica Kauffman. When he died he left the house and grounds to the nation and it is now managed by English Heritage.

Hampstead Heath has figured in the imagination of many writers and artists. Bram Stoker's novel Dracula is partly set there, in the scenes when the undead Lucy abducts children playing on the heath. The opening scene of the 1965 film Licensed to Kill (a low-budget pastiche of James Bond films) is filmed near the entrance to Hampstead Heath and the heath was also the setting of operations for survivors in the 2009 miniseries The Day of the Triffids. 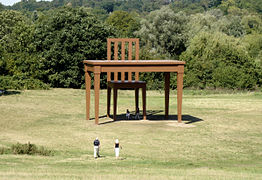 In 2005 the Italian-American footballer turned sculptor, Giancarlo Neri, installed The Writer, a 30 foot high wooden table and chair, in Parliament Hill Fields. He said the idea came from the heath’s association with generations of writers, from Keats and Shelley to DH Lawrence and Freud.

The Hampstead Heath Protection Society, local people, and newspapers still valiantly resist insensitive development. At a time when property developers are being given more and more power and less and less responsibility, and when we’re all acutely aware of the value of open spaces after a year of being caged in, I think this long battle, fought over many generations by so many people, is an inspirational story. 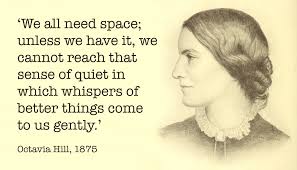 They hang the man and flog the woman
Who steals the goose from off the common,
But leave the greater villains loose
Who steal the common from the goose.'

Now we've got full-fat Tories in power again, how long before hanging and flogging come back? Green campaigners all over the country had better prepare themselves for a long, hard fight.

When I lived in London during my twenties, I swam every day all year round in the Ladies Pond on Hampstead Heath. It is an essential part of north London. Sue Price (post above) has nailed it. Protecting those public places is essential for the well-being of the individual especially those who have no outdoor spaces. Keep on fighting! Thank you for this important post.