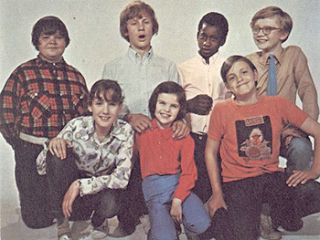 A very brief blog this month. Out of shot, I am in one of those loops of confidence that all writers have, I think we must all be on rollercoasters of self doubt with peaks of 'whoohoo I'm amazing' (or at least good) to troughs of 'I'm crapper than crap'. Anyway on with the show....
My last post was about books leading to other books, this month's is all about that pernicious new upstart TV. In the dawn of the novel reading was seen as dissolute and time wasting, in the same way that TV was for us 60s and 70s kids, and no doubt, as Computer games will be in the future.
And although I know very little about gaming, I grew up with TV. We didn't have a set at first but I can remember sitting at Mark Shallcrosses' house watching Robinson Crusoe.
When we did get black and white set I was still young enough for Andy Pandy and Bill and Ben, then the Pogles and the Clangers, not to mention White Horses (http://www.youtube.com/watch?v=iR6z8GUywyc), The Singing Ringing Tree, The Double Deckers, (http://www.thedoubledeckers.com/ )Crackerjack, Jackanory and Blue Peter. Carries War, The Owl Service, Children of The Stones (featuring a particularly snotty girl in the year above me at school), The Tomorrow People,The Monkees of course, Ace of Wands (http://www.youtube.com/watch?v=TAAyt7-yQ8w). and Follyfoot (you can sing the theme tune yourselves, go on I know you want to).

I loved them all. Even The Banana Splits which was almost like looking into a strange acid tinged world beyond the understanding of any suburban British kid.

I loved the BBC2 historical dramas on Sunday afternoons, and I Claudius (the girl from Children of the Stones was in this too) Monty Python, Survivors (nightmares!) and later, dramas like Edge of Darkness.

I've even lifted ideas from TV and used them, shamelessly, in books. A Nest of Vipers? Well of course it's Hustle (just finished on BBC1) only with teenagers set in the early eighteenth century. Next years title? OK I admit it, Silent Witness set in 1792. There you go, what can I say? Have to dash now, there's something on I wanted to watch…..
Posted by Catherine Johnson at 09:05

Children of the Stones - yes! It's all coming back to me now... TV (& film) are really important sources of inspiration when I'm writing, too. Can't wait to read Silent Witness set in 1792!!!

Quite right, Catherine. When I talk at schools I always say it's okay to pinch ideas from other sources.

I wrote a book called The Never-ending Birthday - its plot was shamelessly stolen from the film Groundhog Day.

Carrie's War and the Tomorrow People - so many memories!

Hope today is a better writing day for you. Sympathy - everything I revised yesterday turned out worse than when I'd started.
Oh, we share so many memories! I adored The Singing Ringing Tree and it was repeated so often it became imprinted in my mind. And what about Tales from the Riverbank, The Magic Roundabout and The Herbs?
You mentioned White Horses - the only thing I can remember is the great music.

It was very dubby (White Horses) and there was so much European Tv wasn't there? Thanks for the well wishing Paeony, I need a good week of nothing but editing but so much 'stuff' gets in the way. xxc

Wish we had more British TV available in North America. As Canadians we get far too much of the bang-bang shoot em up, big speed chase stuff. Sigh. Whatever happened to being subtle?