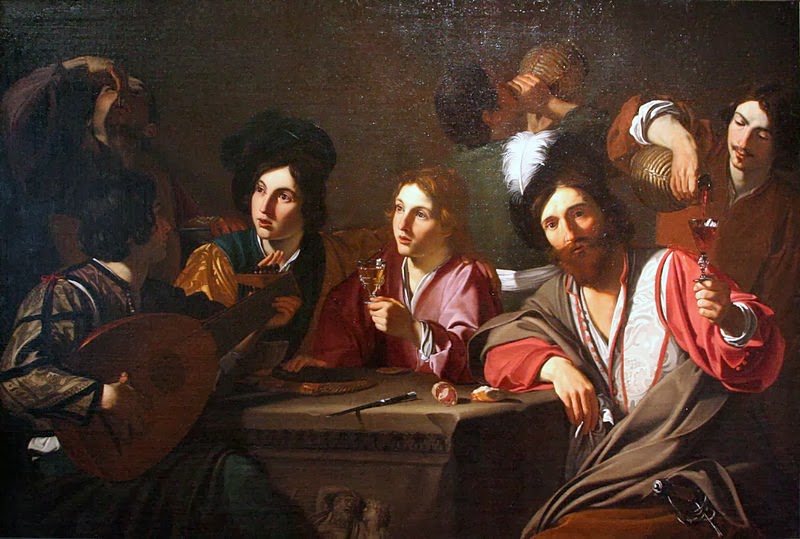 Now that January's month of sobriety is well and truly over and the wine intake has started to creep up again it is, perhaps, comforting to remember that the 8th March is the feast day of St Duthac, a Scottish bishop, who died in 1065. One of his miracles concerns a man who had drunk too much at a great feast and had a hangover. He sent some pork to St Duthac to ask the saint to cure his sore head. But Duthac’s disciple left the pork and a golden ring on a grave while he went off to pray. A kite, flying overhead, spotted the feast and stole both ring and pork. Duthac commanded the kite to return, took the ring from the bird, but allowed it to eat the pork as a reward for its obedience and the man’s hangover was cured.

If you don’t have local saint you can call upon to cure the after-effects of a party, there are a few other
remedies you could try. Gervase Marham,writing in 1611, said that if you didn’t want to get drunk, you
should mix powdered betony and colewort and swallow as much of the mixture every morning 'that will lie upon a sixpence'. I’m not sure if this lessened the effects of alcohol or simply made you too queasy to drink.

Wearing a piece of jewellery that incorporated an amethyst was also supposed to ward off drunkenness. While an old Lincolnshire belief was that three horseshoes nailed to the bedhead would allow the person who slept in that bed to drink as much as he liked without becoming over-talkative.

Ivy used to be hung outside taverns as a sign that the wine was sold there, because ivy was sacred to the gods Bacchus and Dionysus, both gods of wine. A bowl made from ivy wood was thought to have the power to separate water from wine. If you knew you were in for a heavy night, drinking vinegar in which ivy berries had been soaked was supposed to protect the stomach from the ill-effects, while after a bout of drinking you were advised to boil ivy leaves and drink the water in which they’d been cooked. 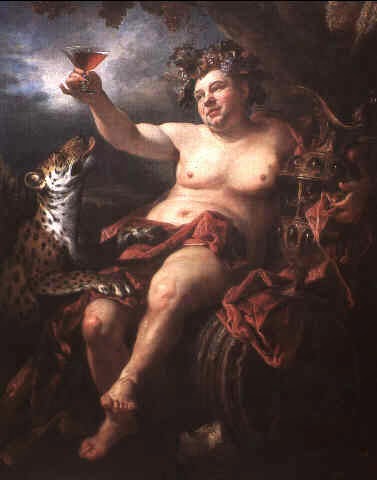 In the 17th Century they distilled acorns to make a drink that would prevent alcoholics from craving alcohol. But the ancient Greeks claimed an owl egg broken into a cup would put you off alcohol for life.

On the other hand, if you wanted to heighten the effects of alcohol, you would have mixed the ashes of human bones with your favourite tipple to make you drunk more quickly.

Cyclamen, though a purging and emetic plant was also known as the ‘drinkers plant’ because it was said to hate the sobering plants and love the grape. Adding a little cyclamen to wine was believed to markedly increase the alcoholic effect. Whereas eating cakes of cyclamen was thought to make you a good lover. It also helped prevent baldness in men if you stuffed it up your nose, presumably not at the same time you were attempting to use it as an aphrodisiac. Curiously, while parsley seeds sprinkled over the head three times a year was also supposed to prevent hair loss, parsley seeds were also supposed help men with ‘weak brains’ stand up to the effects of alcohol better.


Apparently though, parsley didn't work for every one, for in the Middle Ages they identified four levels of drunkenness which were supposed to correspond with how men behaved at each stage – sheep-drunk, lion-drunk, ape-drunk and sow-drunk. Seems rather unfair on the animals, though I think it does describe the stages vividly.

A final piece of advice on alcohol is to be found in John Myrc Instructions for Priests written in the late 14th Century. ‘But what if you are so drunk that your tongue will not serve you? Then you must not baptise the baby on any account, unless you can say the words.’ 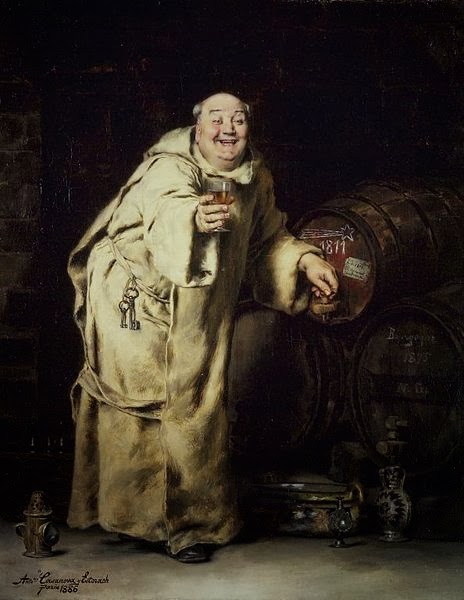 I’m sure many a mother has been grateful for that instruction, for quite apart from the danger of dropping the infant, there is always the problem of what the poor child might end up with as a name.

I agree with Joan. I think I get dormouse-drunk, as more than 2 glasses of wine puts me to sleep.