Tomorrow, Templar will publish our very first History Girls anthology Daughters of Time, edited by Mary Hoffman, with short stories from authors of this blog who write for young readers: 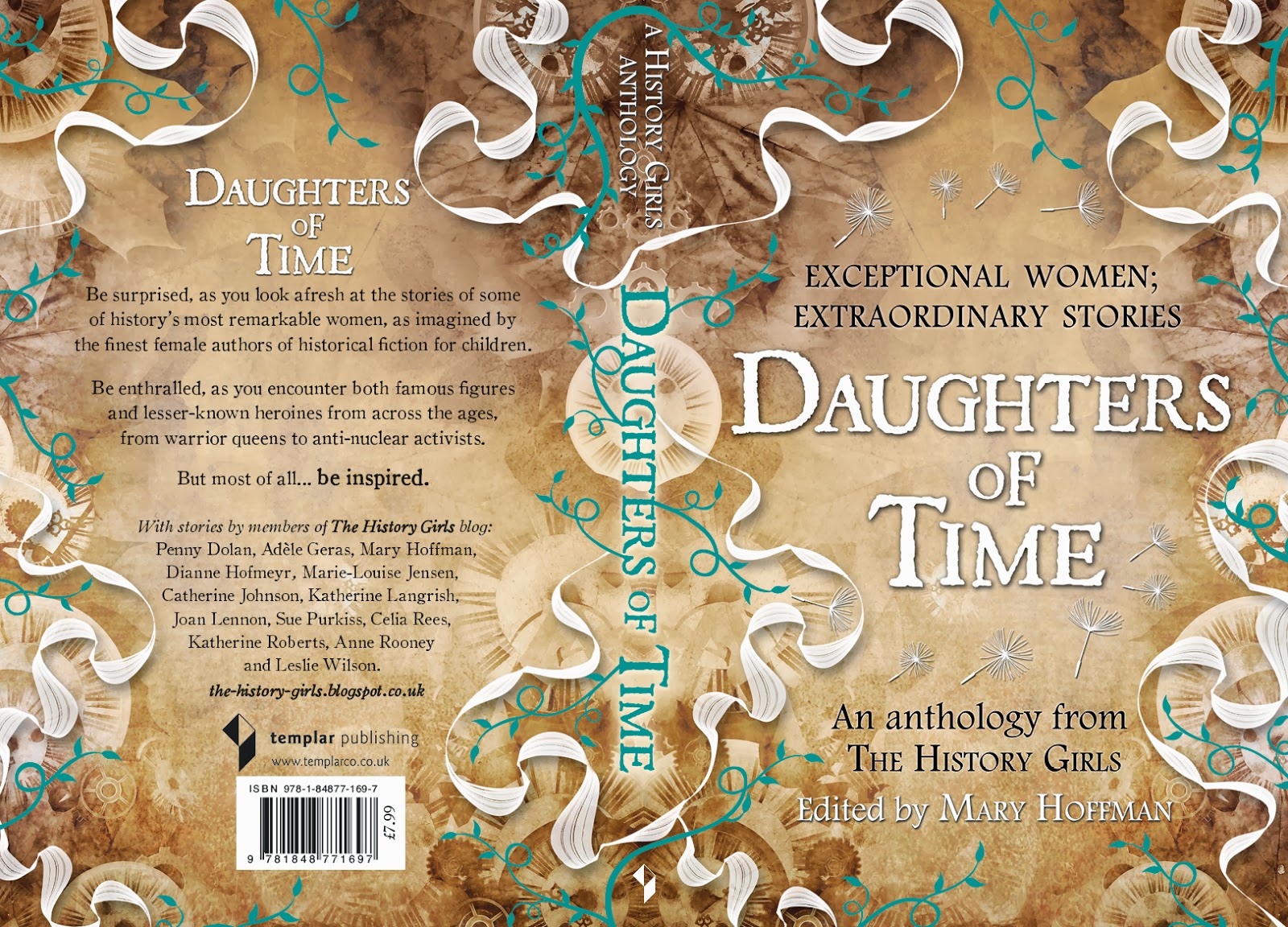 My story is first in the book by virtue of being about the 'daughter' who comes first on the historical timeline - Boudica, warrior queen of the Iceni - so I'm sneaking in here a day before publication to write one of the first posts on the book's blog tour.

Boudica's story is a brutal one, containing material at first sight unsuitable for younger readers - both her daughters were reported to have been raped by the Romans, but rape is obviously not something I could include in a children's book, so my first challenge was to work out how to tell the story without losing its power.

This is not the first time I've written a short story about the queen of the Iceni. My first attempt "Empire of the Hare" was published in a small women's literary fiction magazine QWF in 1998, when it was also shortlisted for the Library of Avalon Geoffrey Ashe Prize.

In this version, which was published for an adult readership, I used the elder daughter to tell the story and had her fall in love with the Roman tax collector, meaning that she had already lost her virginity behind the stables with her Roman sweetheart before the rape scene. This was long before the days of ebooks, when Boudica was spelt Boudicca (and sometimes still Boadicea - the spelling in common use when I first came across the red-haired warrior queen at school, and therefore always the most romantic one in my mind). I also named her daughters differently, since this was pre-internet days and no popular names existed to confuse people... or if they did, I was not aware of them. Historically, of course, the girls' names are not recorded, and neither is the queen's childhood name - she received her popular name Boudica, which means 'Victory', when she led her people against the Romans.


The young readership Templar proposed for Daughters of Time gave me the perfect opportunity to use Boudica's younger daughter to give the story a new slant. In "Tasca's Secret", my heroine Tasca is removed from the violence before it begins by her young Roman friend Marcus, who sneaks her into his father's camp when the soldiers attack Boudica's village. The younger daughter is therefore held as a hostage but not mistreated. Later, when the queen captures Marcus to take her revenge, Tasca defies her mother to save her friend.

If you know a young reader who has been inspired by Queen Boudica's story, I came across a wonderful illustrated poem about her over at History for Kids, which is written with the same age group in mind and uses humour to brighten up the history.

To me, this is one of the joys of writing historical fiction. There is always a new way into an old story - whether it is a different viewpoint, or a fictional character (such as the boy Marcus in "Tasca's Secret") who can be introduced to breathe new life into historical fact, or a different style that can be used to tell it. There is even a bit of leeway with well-known historical characters, especially if their ages are flexible, as with Boudica's daughters.

I know the other History Girls who contributed to this anthology have taken their own unique route into their chosen stories, which they'll be telling you more about at various stops on the blog tour. I, for one, am looking forward to reading all the stories when the anthology is published tomorrow!

Posted by Katherine Roberts at 01:00