‘Sister of the more famous William’: some reflections on the life and career of Caroline Herschel by Christina Koning

With comets very much in the news these past few days, following the spectacular success of the Rosetta mission, I’m been thinking some more about Caroline Herschel (1750-1848), the first professional female astronomer, and the subject of my 2011 novel, Variable Stars. Between 1786 and 1797, Herschel discovered eight comets - one of which (35P/Herschel-Rigollet) bears her name. There is also an asteroid (281 Lucretia) named after her, as well as a crater on the Moon (C. Herschel). During her long life - she lived to be 97 - she was also responsible for cataloguing over 2,500 nebulae, an achievement for which she was awarded not one, but two, gold medals. She fraternised with the most eminent astronomers of the age, and was described by one of them, the German astronomer Karl Felix Seyffer, as the ‘most noble and worthy priestess of the new heavens’. She was, in a word, something of a superstar.

With so starry a C.V., it may seem surprising that Caroline Herschel is not better known, but in spite of her achievements, she remains a relatively obscure figure. The reason for this is not hard to find. For, remarkable as it was, Caroline Herschel’s life has been largely overshadowed by that of her brother, William - discoverer, in 1781, of the planet Uranus. As William Herschel’s assistant and amanuensis, Caroline might also be said to have contributed to this discovery, and to others that followed, such as the discovery of infra-red radiation. However, the fact remains that, when her existence is acknowledged at all, she is often dismissed as no more than a diligent ‘helpmeet’ - a facilitator of scientific discoveries, rather than a discoverer in her own right.

So who was Caroline Herschel? Born in Hanover in 1750, the eighth child of ten, to an impoverished musician and his wife, Caroline can hardly have been said to have had an auspicious beginning. Smallpox, at the age of four, left her (as she laconically remarked) ‘totally disfigured’; an outbreak of typhus, some years later, nearly killed her. Her childhood was harsh – denied the musical education from which her brothers benefited, she was assigned the role of household drudge, terrorised over by her elder brother, Jacob. And yet her memories of this grim time were not entirely unhappy. In her journal, she recalls a winter’s walk with her father:


So: it is time for Caroline Lucretia Herschel to come out of her brother’s shadow and take her rightful place in the history of science? I certainly think so - and I can’t help feeling that the extraordinary events of last Wednesday might never have happened at all had it not been for the pioneering efforts of Caroline Herschel and others like her - the unsung sisterhood of science. 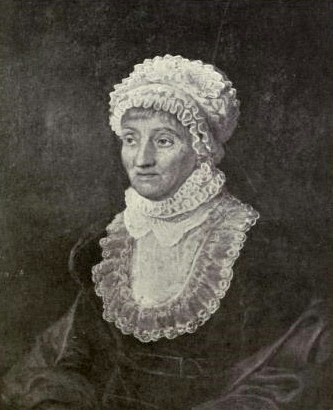 Well, she's not exactly unsung if we can research her!;-) I wrote about her in my children's book on women scientists some years ago - indeed a fascinating woman! And it does help that William persuaded her and taught her the maths she needed to become an astronomer.

Imagine - a couple of musicians who became among the biggest names in astronomy! Music of the spheres? :-)