Creative Non-Fiction, into the Past - Joan Lennon 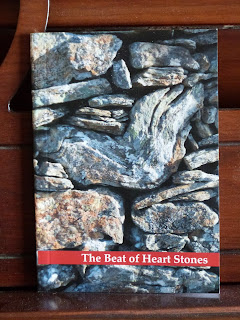 I'm a History Girl.  I'm an advocate of fiction as a way into the past.  And non-fiction as a way into the past.  Then, in-between them, there's creative non-fiction.  When asked - which doesn't happen a great deal - what creative non-fiction is, I tend to flounder, usually ending up with something like "It's, um, factual, but, er, written up pretty.  Er."  Online definitions are more elegant, but the comment by critic Chris Anderson that it is a genre "currently defined by its lack of established conventions" is very much on the money.

I think maybe we know it when we read it.  I certainly knew it when I read Linda Cracknell's The Beat of the Heart Stones.  In this tiny, beautiful book, there is a conversation, between the present and the past, between a walker and a wall.  The Dyke was built up the side of Schiehallion in the late 18th century, and in The Beat, the writer begins to climb the mountain, following along the path of the wall.  More quickly than you'd think, the idea that the dyke can speak becomes completely believable.  Here is a snippet of their conversation:

So they used whatever was close by?  Here's a block of quartz, the glitter of mica schist.  Here a seaweed green section, here bare grey.

What the Earth spits out.  Would you want to heave it far across the hills? ...

It was weans and women and tinkers hauled these rocks - left them in a rickle each side of the line, within reach of the hands that built my long slow uphill spine.

One craftsman each side.  Raising two inward-leaning walls that kissed just before they were capped.  Think of the men as you walk ...

They saw at a glance how one stone would nudge and slide against another, the shape and ache of a gap ...

They made it a rule - never pick up a stone more than once.  Assess them where they lie. 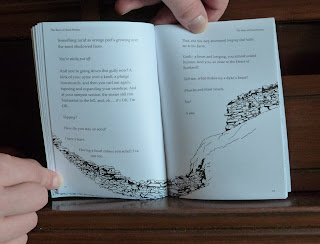 The author's line drawings of the wall climb across the pages and intermingle with the words.  For me, it was a way in to the past that wasn't fiction or non-fiction, but both.

The book ends with a question, as the present overtakes the past.  I wanted it to be longer, except it is the perfect length. 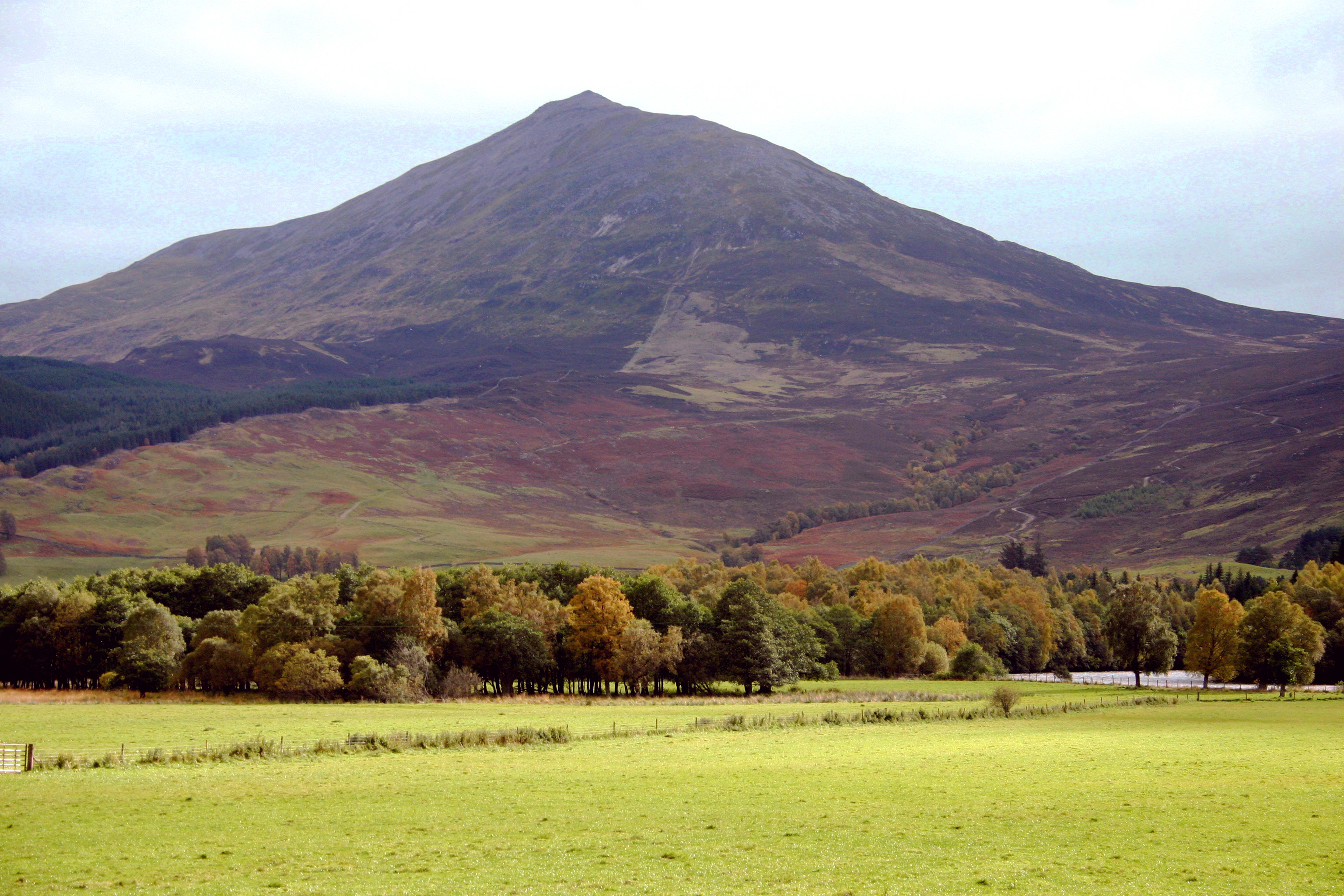 
P.S. This little gem of a book, and Linda Cracknell's other fiction, non-fiction and creative non-fiction can be bought here.


P.P.S.  A short distance from the Dyke, the slopes of Schiehallion had also been the site of Maskelyn's Observatory.  "The Schiehallion Experiment" of 1774 aimed to estimate the weight of the earth.  (In the process, it also gave us what became known as contour lines.)  You can watch a short video here that describes the basics of what happened, before the whole thing came to a dramatic end.  As Wikipedia tells us,

"During a drunken party to celebrate the end of the surveying, the northern observatory was accidentally burned to the ground, taking with it a fiddle belonging to Duncan Robertson, a junior member of the surveying team. In gratitude for the entertainment Robertson's playing had provided Maskelyne during the four months of astronomical observations, he compensated him by replacing the lost violin with a Stradivarius."

But that's a bit of creative non-fiction for another day.


P.P.P.S. When you read this, I will be in the middle of a month's writing residency on Fair Isle.  I think I will be working on historical narrative poetry, but who knows?  Maybe I'll be busily engaged in historical creative non-fiction.  Time will tell ...

Hope you haven't been blown off Fair Isle, Joan.

And 'Beat of the Heart Stones' -- wow! That's poetry, whatever else it is.

The winds are definitely fierce - but between the gales, it is so beautiful here!

Interesting - I did a course in creative writing many years ago, and one section of it was called Creative Non- Fiction. Adrian Tinniswood, who taught that bit, seemed to use the term to describe any kind of non-fiction writing - perhaps on the basis that non-fiction is creative as well as fiction?

Yes, it's a tough one to pin down and yes, non-fiction IS creative as well as fiction!

Oops - just realised Linda's book is called The Beat of Heart Stones, NOT The Beat of the Heart Stones! Sorry, Linda - just one of those not-seeing what's in front of you things!