Over this last while, “History” has given me a hard time, bringing its echoes too worryingly close. The swirl of the pandemic sings of Plague and Pestilence; the sewage regulations swamping Westminster brought Bazalgette to mind and rule by media release makes me wondering how future historians, if any exist, will unpick meaningful facts and figures from the tangle of false news.

And so, in need of balm, I visited Fountains Abbey, one of my favourite places.

From Studley Roger, the deer park drive leads towards the spire of St Mary’s church, beautifully made in Victorian High Gothic style. Behind, still, in the autumn mist, are the two square towers of Ripon cathedral from where, each Boxing Day, a procession of pilgrims walk the long straight path, turning away well before they reach the spire. The walk passes into the valley of the River Skell, going towards the great ruined abbey, echoing the route of the twelve Cistercian brothers who founded the original abbey.

However, on its way, the path now leads them through the beauty and vanity of the Studley Royal Water Garden. Created in the eighteenth century by John Aislabie and son, the garden is a model of eye-catching Georgian landscape art. Surrounded by rich woodland, the garden contains closely-mown lawns, precisely positioned classical statues, a “natural” lake, a few ornate dams, a stretch of canal made for leisure not toil, and a set of mathematical perfect ponds designed to reflect the sky.

Winding carriage-paths brought small parties of guests, along with refreshments and servants, to any one of the small follies, each sited to offer a particular View. The Temple of Piety, down in the valley, has a particularly beautiful sound quality, so it is easy to imagine the Aislabies and guests listening to sweet music as they gaze across at the surface of the perfect, circular Moon Pond.

John Aislabie needed this watery retreat, because his personal circumstances became badly muddied. As Chancellor of the Exchequer from 1718, he knew the British Government needed to fund the vast debts incurred by the French wars.

He, and others, became closely involved with the South Sea Company who, setting up a public-private enterprise, bought a contract from the British Government for a large proportion of that national debt. The shares changed hands at increasing value, which led to a frenzy of share-buying schemes spreading through many levels of society, bringing the promise of pensions increased and growing riches to anyone with savings to invest.

However, there were problems with the scheme. Profits were far less than promised and the South Sea bubble famously burst. The market collapsed, followed by bankruptcies, penury, suicides, riots, threats to the Crown and a change in both Prime Minister and party. An enquiry decided that those – in particular officials and members of the government - who had profited from the scheme should have their riches confiscated.

John Aislabie, as Chancellor, was expelled from Parliament, held for a time in the Tower of London and was never given a peerage. Although the profits he made through South Sea deals were confiscated, after legal battles, he retained the property and wealth he owned before the crash. Disgraced, though still wealthy, he returned to Studley Royal in Yorkshire and devoted his energies to developing his garden. He had, as one might say, great plans for the place.

High up, along one ridge, reached through the pitch-dark point of a serpentine tunnel, is a row of small follies: a classical pillared temple stands above a steep drop; on another crest stands an octagonal gothic tower, and another has a sheltered cooking area outside where servants could heat food or drink. One, reached by a steep path, is known as Surprise View. Suddenly, far below through the trees, runs a stretch of the River Skell with the fashionably picturesque ruins of the abbey rising in the distance. Back then, it was a borrowed view: those holy stones were not yet estate property. John Aislabie had tried to buy the abbey grounds, imagining Fountains as his own genuinely gothic folly, but the owner refused to sell. Nevertheless, from that position, guests could appreciate what was certainly a “stolen” view.

Eventually, Aislablie’s son William purchased the estate so both Fountains Abbey and Studley Royal were owned by the family. William also took his father’s place as one of the two Members of Parliament for Ripon, serving long enough to becoming “Father of the House” so the indignity did not seem to overshadow the name for long.

Always, when I visit the garden, I admire the charm and perfection of that eighteenth century vision and feel glad that the National Trust takes care of the place. Yet, whenever there is a whiff, or breeze or gale of financial corruption in high places, I cannot help think of the small folk thrown into poverty by the South Sea Bubble crash and its engineers.

Looking into the story, I found something not mentioned when I wrote “South Sea Bubble” in my school Economic History O-Level notes, adding a small pencil drawing of a sailing ship in the margin. South Sea Bubble seemed such a noticeable, almost pretty name. We never questioned nor were told by our teachers quite what it involved, other than it was a big financial event that had caused trouble and we might need to remember it for an exam. 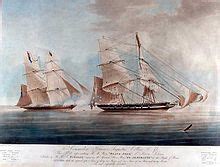 Today, as I thought of Aislabie and that crash, I started googling what exactly the South Sea Bubble Company did. What was it trading in at this time? There is much complicated analysis of the Treaty of Utrecht and schemes and plantations and territories and other matters.

But - and obviously - there is also, with awful inevitability, a horrifying fact and a terrible number.

The contract that the South Sea Company signed was to supply almost 5,000 slaves to the Spanish Plantations in Central and Southern America. 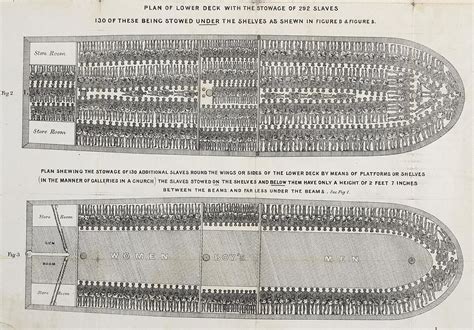 It was so obvious, once I'd looked beyond the South Sea Bubble here-at-home story.

Terrific post, Penny.
I'm at a loss to understand why so many people seem to think that it's 'not our history' to point out that the money for building these 'great' houses and gardens came from the exploitation of other human beings, from the vile trade in slaves to the near-as-dammit enslavement of the poor in mines and mills.

I don't remember, either, being told that the South Sea company's trade was in slaves. I was taught that it was in such schemes as 'making timbers out of sawdust.' Which is supposed to prove what a silly lot investors were to fall for it. The ugly truth -- that they were realistically hoping to make a fortune from enslaving 5000 people a year into lives of utter misery casts them less as fools and more as nasty pieces of work. It's not only the poor who are always with us, is it?

Thanks, Sue Price. Studley Hall, the house that the gardens were attached to, burnt down on 1946. I wondered if the fact that there is no house or contents makes it easier to ignore the toughet,less idyllic issues.