WHAT A CAD! by Eleanor Updale

I've just broken one of my personal rules, and done a book review. Luckily, the work in question turned out to be more than good. It was Professor Jerry White's Zeppelin Nights - an account of London in the First World War - and I urge you all to read it when it comes out in May, but that's not what I'm on about here today.

One of the minor characters in Zeppelin Nights intrigued me, and I decided to find out more about him.
His name was Henry Cockayne Cust, and he was one of the 'Souls' group (including various Asquiths, Balfours, Gaskells, Lytteltons, Tennants, etc) who considered themselves more intellectually refined than the rest of Society. But Cust is best remembered as a world-class philanderer. 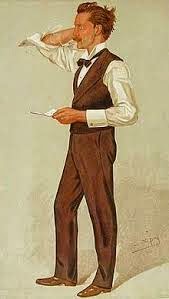 Born in 1861, Cust was a nephew of, and prospective heir to, Earl Brownlow of Belton House near Grantham in Lincolnshire (who outlived him).   Belton, a fine late-17th century building with an extensive estate, is now a National Trust property, open to the public. 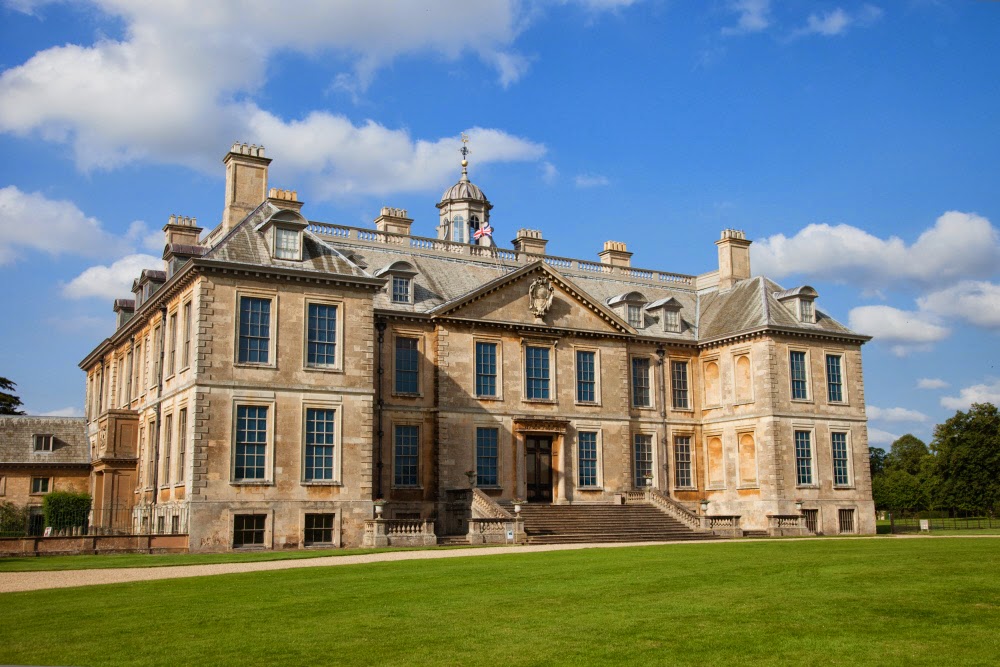 Henry Cust (known, unsurprisingly, as Harry) was alleged to be the father of a generation of Society babies - endowing them with his penetrating blue eyes. Some were openly acknowledged, notably Lady Diana Manners (officially the daughter of the Duke of Rutland) who went in to become Lady Diana Cooper.
There can be no doubt that Harry Cust was charming, but there is ample evidence that he was also a bit of a s**t. One of his harshest critics was the great feminist Millicent Fawcett. 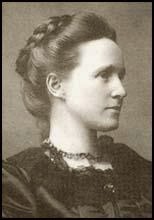 Her dislike of him glows through a handwritten document among her papers in the Women's Library. It's a note, probably written in the mid-1890s, when Cust was proposing to stand for the Parliamentary seat of North Manchester. It's marked 'Private: To be returned'.

Sometime in the summer of 1893 Mr Cust, MP for Stamford (Lincolnshire) seduced Miss Welby, a young girl of good Lincolnshire family, who was temporarily living in London. She became enceinte, and he deserted her and made an offer of marriage to another girl, daughter of a well known conservative MP. Miss Welby wrote Cust a despairing imploring letter, which he showed in the smoking room of the house of the girl he has just become engaged to, with odious remarks intended to be facetious. The other men in the smoking room did not take these observations in the spirit in which they were made. They told Cust he was a cur and made the thing known to the father and family of the girl to whom Cust had engaged himself. There was a great dispute and finally a sort of family committee with Lord Brownlow (to whom Cust is heir) as chairman to enquire into the facts, was appointed. This committee became fully convinced on investigation of Cust's villainy. Lord Brownlow, who had looked upon Cust as a son, was almost broken hearted about it. The result of the investigation was that Cust was told that unless he married Miss Welby at once (whom he said he particularly disliked) the whole thing would be made public. He did marry her and she almost immediately afterwards, in France, had a miscarriage. Lord Brownlow won't have Cust stand again for Lincolnshire. But he is considered good enough for North Manchester.

The 'Miss Welby' in question was Emmeline 'Nina' Welby-Gregory, a translator, poet and sculptor.  She carved a bust of her husband (to whom she remained married, childless, until his death in 1917). It is still on display in the entrance hall at Belton House. Though Cust was apparently a profoundly unhappy husband, Nina designed a tomb for the two of them at Belton, and joined him there after her own death in 1955. 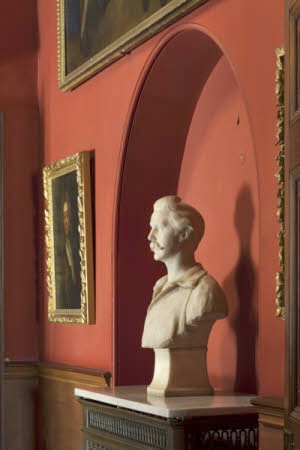 © National Trust Images / Dennis Gilbert
Just looking at this sculpture makes me want to believe the juiciest rumour about Cust. If you Google him, you will find a recurrent assertion that he was the natural father of Margaret Thatcher's mother, Beatrice Stephenson (later Roberts), who was born in 1888. Beatrice's mother, Phoebe, was in service at Belton House, and was reputed to have been seduced by Cust. Lady Diana Cooper jokingly referred to Mrs Thatcher as 'my niece', and her son, John Julius Norwich, has offered to do a joint DNA test with Carol Thatcher to test the hypothesis that they are related. 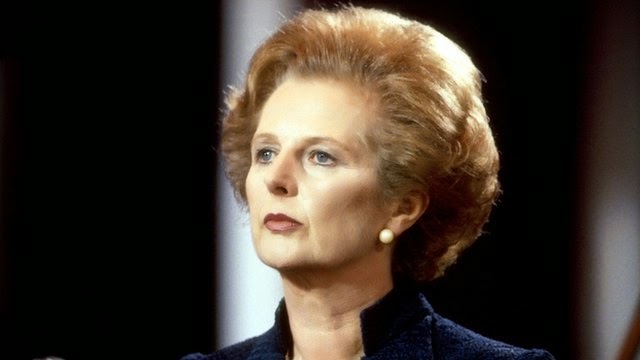 Remembering Margaret Thatcher at her most imperious, with her chiselled nose and penetrating blue eyes, it's hard not to want to believe the story - which would give her links to the pre-Hanoverian royal family. It might explain why she took such delight in borrowing silverware from Belton for use at 10 Downing Street.
In the National Archives, there's a letter from February 1982 in which Mrs Thatcher responds to what appears to be an offer from Lord Brownlow (who could no longer afford upkeep of Belton) to do a deal with the Government over its ownership. She writes:

Our policy is to do everything possible to encourage the retention of historic homes in private ownership. It is almost always the best way of securing their future... if you would like to come and talk about your offer, I would be happy to see you.* You know how grateful I am for all the beautiful things you have lent me.'

*She adds, by hand, at the end: *either here - or at Chequers one weekend.

Two years later, Lord Brownlow gave Belton and most of its contents to the National Trust - a charity independent of the Government.

How must it have felt for Mrs Thatcher to have in her hands the future of the house where her grandmother had worked, which she had visited on school trips as a child, and where - if the gossips are to be believed - her mother was conceived?

I wanted to check things out - and maybe contact Carol Thatcher to ask whether she'd ever had her DNA analysed. Then I got into an internal ethical debate about whether this was any of my (our) business. Was I really motivated by the desire to get the historical record straight, or by sheer nosiness?
Is there a point where we should stop digging into other people's private affairs? Are some things out of bounds, even for for former Prime Ministers? Or do the Thatcher family have a duty to let History (and people who love a good historical scandal) know whether there is any truth in the rumour?

For details of Belton House, see http://www.nationaltrust.org.uk/
Posted by Eleanor at 02:00

When I grew up on the Welsh borders in the 1960s, an elderly man who lived in our little town bore the most striking resemblance to King Edward VII. Everyone knew....

Gosh! Do you happen to have read 'Conspiracy Of Secrets' by Bobbie Neate? I found that fascinating, even though it's written with such personal bitterness and fury that it isn't well written. It's about the author's almost unbelievably awful step-father ... who, almost certainly, was a love child of Asquith (one of that group you mention), and still very much favoured by that social group even when never publically coming out. The arrogance of the man is quite astounding!

How intriguing. However, I think it would be best left alone unless the Thatcher family are willing to share it. Although we may consider the rumours as part of history, each family is private and should remain so. Gossip and tittle-tattle can be hurtful to those involved. After all, we all have things in our own lives we would rather were kept private. Fortunately, most of us are not interesting enough to warrant attention.

Gosh, these cads get about so! Riveting stuff. As for whether it's ethical to find out whether the Thatcher rumour is true, that is a tough one. Curiosity knows no bounds. I'd love to know and I'm sure many others would too but oh, is it the right thing? I suspect not. Although, looking from afar, I'd guess Carol Thatcher might well be game.

So what was the link to the royal family? Charles Ii? Very entertaining post, Eleanor.