This time last week you’d probably never even heard of proroguing. Now you have prorogues coming out of your ears. If it’s any consolation, it’s been causing problems for millennia and Queen Victoria didn’t much like it either.

What the hell is proroguing, and where does it come from?


Prorogation in itself is no big deal – it’s simply the formal term for the end of a parliamentary session. Parliament is ‘prorogued’ between the end of one session and the State Opening of Parliament that begins the next.

Historically, the King or Queen would turn up to do the proroguing themselves. That’s why the modern-day ceremony begins with the Leader of the House stating, ‘My Lords, it not being convenient for Her Majesty personally to be present here this day, she has been pleased to cause a Commission under the Great Seal to be prepared for proroguing this present Parliament.’ Of course, Queen Liz has absolutely no intention of turning up.

Queen Victoria used to, however. At least she did until 1854, when she refused, apparently on the basis she didn’t like the ceremony. No decent biscuits, perhaps. 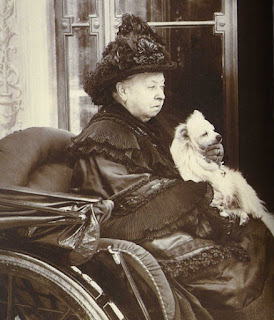 
So much for the normal proroguings. Things get controversial when the power is used for political ends, say by stopping Parliament from carrying out its job of keeping a check on the Government. There’s a long history of monarchs summoning Parliament purely so it could authorise the taxes the King wanted to levy, and then proroguing it to limit its ability to meddle.


In March 1628, after several years of squabbling about taxation, Charles I tried to prorogue Parliament. Enraged, members of the house literally held the Speaker down in his chair so that the ending of the session could be delayed long enough for resolutions against Catholicism, Arminianism and tonnage and poundage to be read out and approved. In revenge, Charles dissolved Parliament and had nine parliamentary leaders thrown into jail. 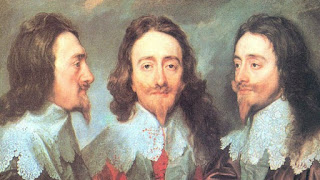 For the following eleven years, he ruled England without a Parliament – a time that’s sometimes referred to as the ‘eleven years' tyranny’. In 1642 the arguments boiled over into full-blown civil war, which lasted for nearly a decade and culminated in the king’s execution. So John Major wasn’t wrong when he said recently that proroguing parliament ‘didn’t end well’ for Charles I.


We might think we have big problems with our political system, but it used to be even worse. The Great Reform Act of 1832 introduced huge changes to the corrupt electoral system, famously getting rid of ‘rotten boroughs’. But it wasn’t passed without a fight. When the House of Commons defeated the First Reform Bill, the government urged William IV to immediately prorogue Parliament in person, to prevent the passing of an opposition motion. When told that his horses wouldn’t be ready in time, the King supposedly insisted, ‘Then I will go in a hackney cab!’

Disappointingly, the horses were got ready and he raced off in his flashy carriage, cheered on by crowds all the way to the House of Lords, where he strode in wearing his crown and prorogued Parliament. The Reform Bill was eventually passed, mainly as a result of public pressure. (Worth noting it does sometimes work).

Deadlock with the Lords


In 1948, just after the Second World War, the Labour government of Clement Attlee set out to reduce the power of the House of Lords so as to stop them from delaying their programme of welfare reform and nationalisation. The Lords, not keen on having their powers curbed, repeatedly blocked the Bill. To get around this, Atlee used the Parliament Act 1911 which allowed legislation to go through without the Lords’ agreement if the House of Commons approved it over three sessions. In order speed that process up, the Government announced it would hold a short session between September and October 1948. The Lords, of course, were furious. 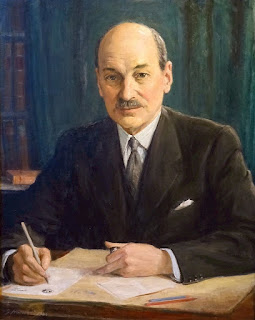 
In 1997, John Major, then Prime Minister and Leader of the Conservative Party, prorogued Parliament at a time that conveniently avoided parliamentary debate of the Parliamentary Commissioner's report on the cash-for-questions affair. You might remember that the scandal began when two Tory MPs were bribed to ask parliamentary questions on behalf of the owner of Harrods.

Major prorogued Parliament for just under three weeks before it being dissolved ahead of the General Election to avoid proper debate on cash for questions. But it was of course the Labour Party, led by Tony Blair, who won that election, so arguably proroguing didn't end all that well for John Major either... 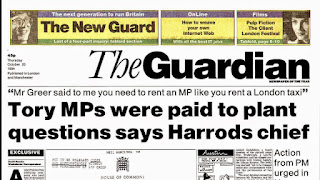 There are also several Commonwealth examples of proroguing being used to evade Parliamentary scrutiny. In 2009 the Canadian Prime Minister Stephen Harper prorogued Parliament for two months, which had the effect of limiting an inquiry into the Government's awareness of the abusive treatment of detainees in Afghanistan.


That, then, is your super-fast history of political proroguing, generally the tool of the tyrannical or the desperate. But then you’d probably worked that out already.

Anna Mazzola is a writer of dark historical fiction. She is also a public law and human rights solicitor.

Thanks, Anna, for this succinct explanation - so much better than the endless racket emanating from the radio these days, in which no one is ever allowed to finish a sentence. At last I understand!

Thank you for explaining this, and the historical events behind the recent accusations,so clearly.