BANKERS' BONUSES AND OTHER INCENTIVES by Eve Edwards 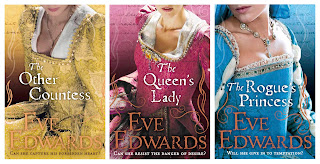 Did you get your bonus?  Somehow my publisher didn't remember me in this round and I won't be able to shop for that Porsche I had my eye on.
What did you say?  Authors don't get windfalls?  Crumbs - then I won't write.  I have no incentive and will go elsewhere.

Of course, such a dialogue is absurd.  I'm in writing to create the best book I can, touch as many readers' lives as I can and pay the bills if I can.  I am sure even the best paid writer of us all, J K Rowling, was never motivated for a second when writing Harry Potter by the notion that she would become a billionaire and, in government speak, she has been a significant wealth creator for the UK economy.

I have been appalled at the debate about bonuses over the last month, not so much the numbers but the assumption that people won't do a good job unless paid a gazillion pounds for the privilege.  If you accept the argument that bankers are an internationally traded commodity who will swim away to the highest paid position regardless, then what you get are top people whose personal bottom line is cash rather than anything more public spirited.  We don't say the same for top scientists, surgeons or cabinet ministers; part of their reward is the prestige of their position and intrinsic interest of their task, but I'm beginning to sound a bit too much like Radio Four here; what I'm heading for with this blog post is history.

The debate about Stephen Hester and Co started me wondering about the historical precedents as to whether it is a good idea to attract those who are incentivised by money rather than the desire to do the best job they can.  Henry VIII had a few advisors who could be said to have fitted this profile.  While I thoroughly enjoyed Hilary mantel's Wolf Hall, I did find it more than a little generous about the banker-style greed of Thomas Cromwell (perhaps there is more to come on this in the second part?).  I think it is often the little things about historical personages that reveal their 'true' instincts and I was interested to read while researching Tudor London that one of the things Cromwell did was move his garden wall in his town residence, knocking down a neighbour's house and stealing his land.  Cromwell was so powerful thanks to his wealth and position, the poor man next door could do nothing about it.  Hard to unknot this particular enigmatic character but in there is arrogance, money and ambition - not a very healthy combination and I still tend to come down thinking him to be on the villain side of the fence even after Wolf Hall.  Mantel may have moved the boundary a little (very fitting considering her subject) but he still would not be on my Christmas card list. 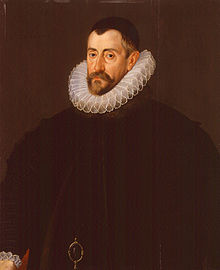 I have been trawling the period for a counter weight and have come up with the rather unsatisfactory example of Francis Walsingham, who ran Elizabeth I's security service.  He was definitely not in it for the money and is calculated to have spent the modern equivalent of £7 million of his own wealth (over £48,000) running his spy network.  His motivation was primarily religious because the Tudor 'terrorism' he was fighting came from Rome and Walsingham was a devout Protestant.  Some self-interest was in there as well as doubtless in the event of a Catholic coup he would have been one of the first against the wall.  Problem for my thesis is that, while he helped sustain the State in Elizabeth's golden age of (relative) peace, he was also violent and ruthless in his methods and not someone who one would feel at ease breaking bread.  I find him a fascinating character and 'borrowed' him for The Other Countess as one of the people out to persecute my heroine and her father for their Catholic links, but I also could understand his world view particularly when I translate his particular flash point (the Pope and his assassination order on Elizabeth) to a modern equivalent (Islamic extremism and indiscriminate attacks).  Politicians in our own time have been guilty of riding roughshod over human rights through fear; Walsingham was similarly motivated but also like modern extremists so sure he was right that he felt he was blessed in his reprehensible actions.

OK: money-grabbing and fanaticism both make bad motivations for holding important offices.  That encourages me think better of our imperfect political system which offers very little in the way of financial incentives at the top and doesn't favour extremism.

I wonder if any of you have a favourite historical figure who rivals our modern bankers in their greed? Or could suggest someone who was at the top for all the right reasons?

This is so interesting because it goes to character motivation, doesn't it? I have had some 'bonuses' from publishers in the form of flowers and bottles of champagne - I hope I'm not being corrupted by these! But I do think there are huge financial incentives for politicians at all levels.

Just to say that I applaud your point about the ludicrousness of accepting that scientists, academics, BBC producers, etc, do not need the spur of bonuses to rise to the top of the profession, while people working in the financial sector, it seems, do.

Fascinating details about Walsingham funding his spy network from his own wealth and Thomas Cromwell's approach to neighbourliness.

A good parallel with history here; very thought provoking.
I would second Theresa in saying that there are huge incentives for politicians - directorships etc. I would also suggest it attracts the wrong people into politics. But for the rest of us, no, indeed. We work for love of the job and to provide for ourselves and our families.
I think the Tudor courts were swarming with people hanging around the monarch in the hopes of favours and riches; pushing their daughters at the Kings for the same reason. I also researched Thomas Cromwell for one of my books. Much harder to think of examples of selfless people at the top. I wonder if that's because there haven't been many, or because they haven't been recorded in the history books.

Excellent points made here. And the worrying thing is, if we (well, the media) keep telling bankish people that we think they're only in it for the money, then that will become true, won't it? Self-fulfilling expectations!

What's wrong with Radio Four? (Apart from You and Yours, obviously).

To quote from The Spirit Level re whether higher taxes on the rich will lead to mass emigration and economic catastrophe: we should not "allow ourselves to believe that the rich are scarce and precious members of a superior race of more intelligent beings on whom the rest of us are dependent. That is merely the illusion that wealth and power create."

I'm going to stir the debate, and suggest that having a hereditary monarchy at least means that we don't have someone at the top for all the wrong reasons.