Ideas and a cream tea. The National Trust and me - Celia Rees 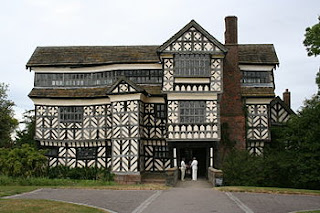 I have belonged to the National Trust for nearly thirty years now. I joined while visiting Moreton Hall in Cheshire. I was with a group from Birmingham University. We were doing a tour of Alan Garner Country. This was long before I thought of writing myself and while I was signing up I had no idea how important membership would be for me. Since then, I have visited houses and gardens again and again, all over the country.
Sometimes, these visits are just for a nose round the house and a wander in the gardens - and the tea, of course, but sometimes the visit has a direct bearing on my writing. I choose particular houses for particular periods, particular characters. It is a quick, shorthand way of getting into their lives. 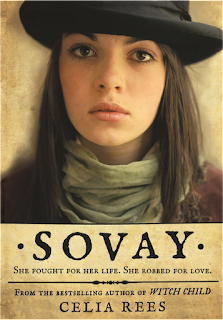 When I was writing Sovay, I decided that Farnborough Hall, near Banbury in Warwickshire, would be the ideal home for her. A beautiful 18th Century house, not too big, not too small, built in the distinctive local honey coloured limestone with extensive gardens, long walks for restless wanderings and handy follies for clandestine lovers' meetings. Perfect. I could position her here. Near enough (at a stretch) for her father to attend meetings of the Lunar Men in Birmingham, near to one of the great north south routes from the Midlands to London, ideal for a highway woman, and near enough for me to visit with my National Trust card as often as I needed to build a picture of her life and to layer up the descriptions which would be my opening chapter. 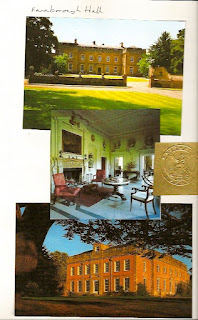 Another house that I visited while writing Sovay was Berrington Hall, near Leominster, Herefordshire. It is a 18th Century house, so again, it could provide extra detail for Sovay's home, but that is not why I went there. It houses the National Trust's costume collection. Only a small selection is on display, but I was lucky enough to talk my way behind the scenes and to be shown the kinds of clothes that Sovay and her contemporaries would have been wearing. 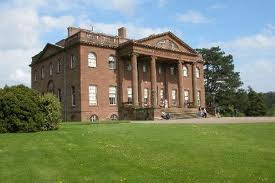 Boxes were opened for me, acid free tissue paper folded back to reveal dresses, waistcoats, top coats, shirts and breeches. The garments did not appear old and faded. They looked as if their wearers had just stepped out of them. The colours on the cottons were still fresh and bright, the silks and brocades rich and shining, the embroidery intricately worked with silver and gold thread, jet and glass beading catching the light. Alongside the boxes of clothes stood racks of footwear: polished boots, creased to the wearer's foot, elegant shoes with neat little heels, very kittenish, shiny steel and silver buckles. These clothes belonged to real people. It wasn't just the colours, but the textures: the glaze on the cotton, the shimmer of watered silk, the twill of the breeches, the smoothness of finely woven wool. You could hear the creak of leather, the rustle of fabric. The whole period came alive. It was as though the portraits on the wall in Farnborough Hall, here in Berrington, and in the other houses I'd visited, were suddenly animated, as if the sitters had stepped out of them and were walking around. 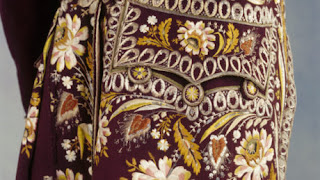 This wonderful collection is called the Wade Collection, named after Charles Wade who spent a lifetime collecting all manner of things, not just clothes. His house, Snowshill Manor, is another National Trust property. I've visited there often, not for the kind of reference I'd be looking for at a house like Farnborough, but for more general inspiration. The eclectic nature of his collection seethes with potential. In room after room in Snowshill, something of Wade's restless curiosity and relentless obsession lingers still. 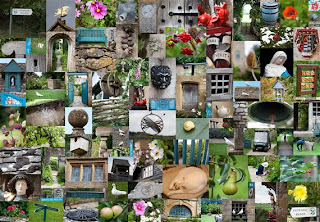 I haven't used Snowshill directly, but I did set a ghost story at nearby Chastleton and Baddersley Clinton makes an appearance in The Fool's Girl. 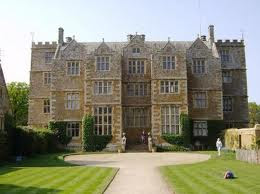 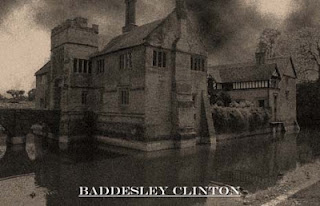 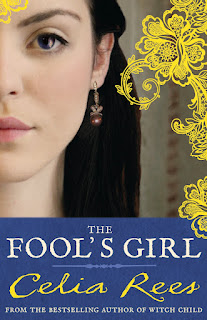 It is not just the National Trust's heritage collections that offer inspiration. The Installation Artist, Alfreda McHale's works http://alfredamchale.com brightened and enlivened an otherwise drab Charlcote Park this winter. 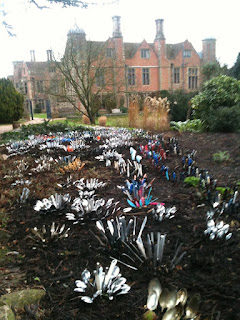 Her 'Runcible' spoons, knives, forks, cutlery whorled and frilled the borders like metal flowers, while her 'Trolley' line tipping over the Ha Ha brought a smile (the Nat Trust can be a bit short on laughs). 'Seeking Pearls' in the Brew House gave people something to do out of the cold, something to talk about and I have never seen so many enthusiastic comments from the under twelves. She also gave me an idea for a workshop. 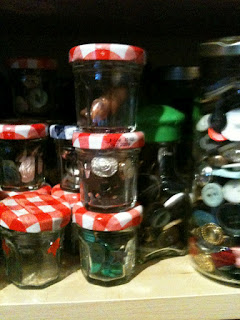 Ideas and cream teas. What's not to like?
Posted by Celia Rees at 06:00

I am so envious. We have some Downunder history of course but very little of this sort - and it all tends to be a very long way apart. Walking into some of those houses and thinking "People lived here..." !

I would love to visit some of these places. I can see how they would provide such inspiration. I love the fact the costumes still look so new.

Lovely! What fun this is. Love the idea of houses/ cream teas etc being part of research. I go to places with Friends of the Fitzwilliam Museum and it's always fascinating.

Clothes and buildings, so evocative!

Lovely blog, Celia, and isn't it great when work and research takes you to such beautiful places.

We joined primarily to support their countryside and coastal work and that is hugely valuable - but the houses are fun, too. The costume collection sounds wonderful, Celia!

Delicious post Celia! Loved the way you managed to evoke the sensuousness of those costumes. I became a National Trust member when we moved to England 15 years ago. It plunged me into histories I knew nothing of. I love all my visits from the grandest house to the most humble cottage - the secrets they reveal, those wonderful gardens, the kitchens with their batteries of accoutrements. Maybe you've just persuaded me to skive off and get out there in the sunshine again.

History has to be fun, too, doesn't it? hope this post leads to more cream teas consumed!