"After Altamira, All is Decadence" Carol Drinkwater 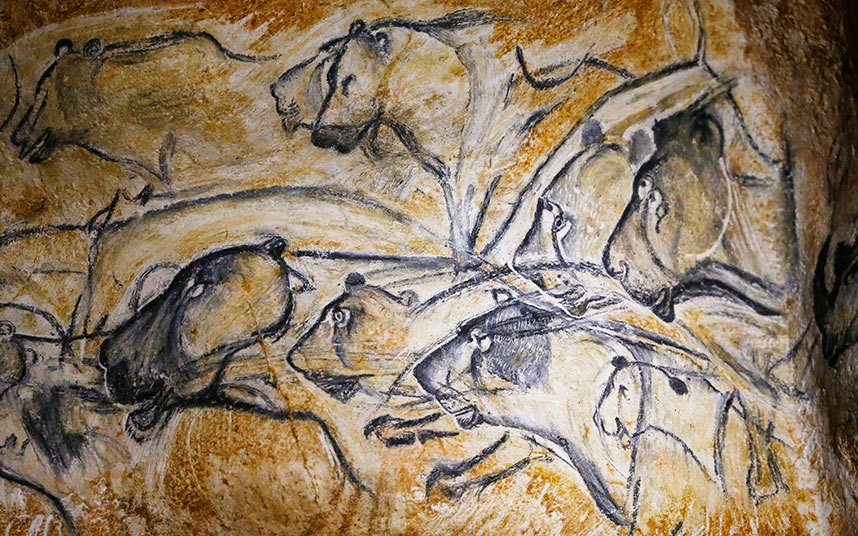 A cave painting of lions at Chauvet-Pont-d'Arc

It has been reported in the press this week that a replica of the Grotte Chauvet has been created. It will be open to the public by the time you read this.  The original, containing thousands of prehistoric animal and figure drawings, will no longer be accessible to visitors because our human presence is putting the artwork at risk. This is not a question of hooliganism or graffiti. It is simply the erosion caused by our attendance there, our exhalations near the paintings. A friend who is staying with us remarked that it was a great pity that one should buy a ticket to visit a copy, even one hailed as a near masterpiece. I disagreed with him, recalling one of the most memorable experiences of my travelling life: a visit to the caves of Altamira.

Altamira (a UNESCO World Heritage site), located a few kilometres from Santillana del Mar in Cantabria, northern Spain, was the first site with cave paintings to be discovered, in 1880. How the discovery came about was quite by chance and a rather lovely if sad story. 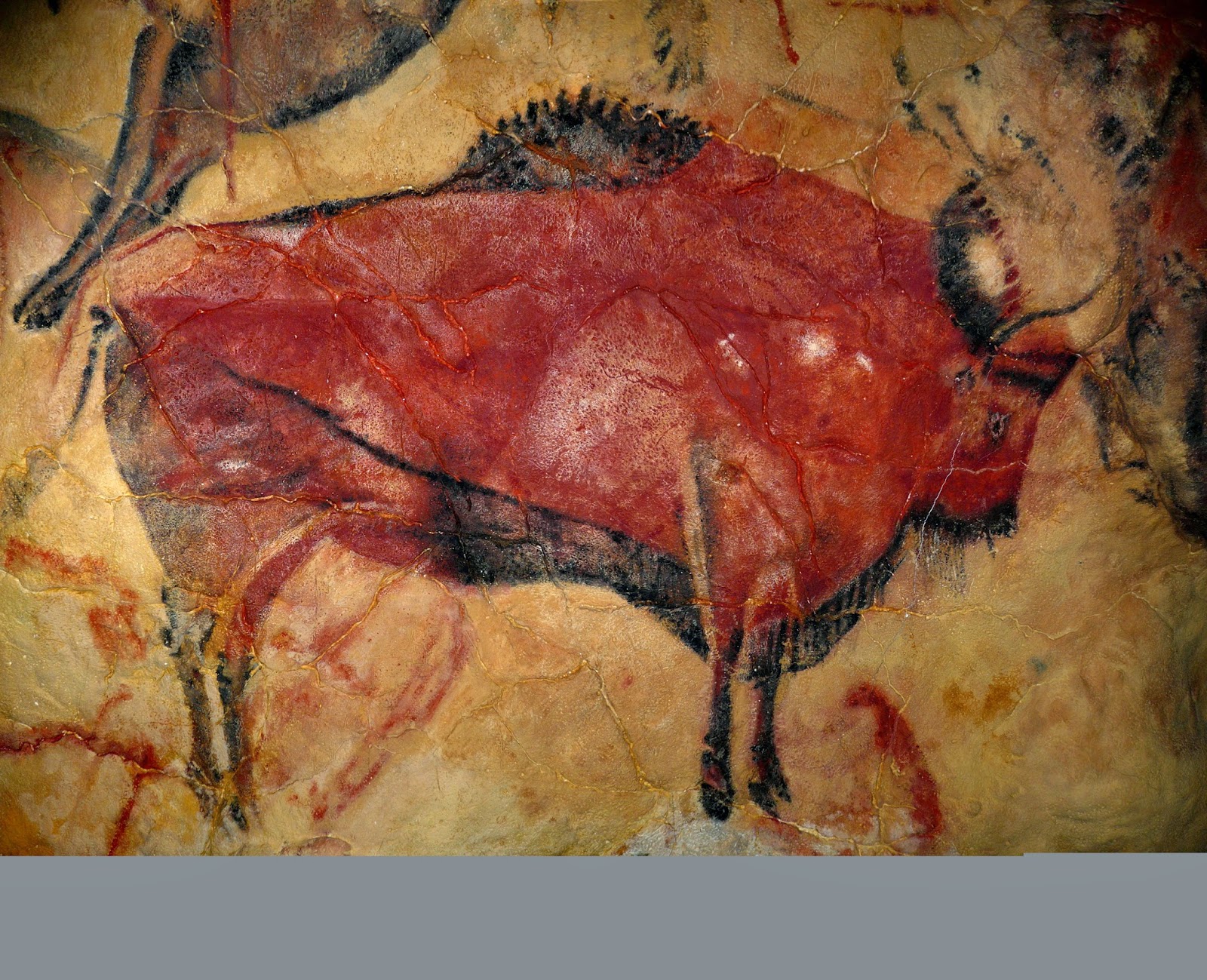 In 1875, a Spanish landowner, lawyer and amateur anthropologist, Don Marcelino Sanz de Sautola, learned that a stone mason, while quarrying locally, had unearthed some rather unusual caves. Don Marcelino went to take a look. He found a pencil-thin aperture. It had been revealed after millennia by the landslides caused by the mason’s gunpowder explosions. Don Marcelino slid through the opening and found himself within a series of labyrinthine caves, chambers and tunnels that measured in length some 270 metres, almost a quarter of a kilometre. This dark hidden space had not been visited for at least ten thousand years. Don Marcelino, even in the crepuscular light, noticed markings on many of the cave walls but he could not make out what they were.

Three years later while he was attending the Anthropological Sciences pavilion at the World Fair in Paris, he spotted a display of prehistoric tools. He learned that they had come from caves in France. This knowledge inspired him to return to the Cantabrian caves and begin excavations. Digging around outside, he unearthed bones, spears, shells and tools. He returned to the site on a regular basis and on one of these trips he took his eight-year-old daughter, Maria, with him. As the story goes, penetrating the caves, oil lamp in hand, the small child looked up at the very low ceiling and remarked, ‘Look, Daddy, at the painted bulls.’ In fact, the child was pointing at a series of paintings in red ochre of a herd of prehistoric bison. 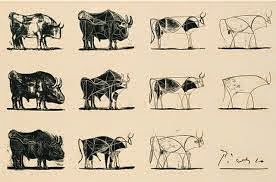 I try to picture that moment. The moment when Don Marcelino was witnessing, confirming what he had found. The relevance of his discovery, the realisation that his work had not been in vain. This revelation was a moment he had been working towards for several years. Back then, one hundred and thirty years ago, cave art was a completely unknown archaeological science. De Sautola was the first to propose it. A pure, untouched paleolithic universe.  He was standing in the midst of what had once been a prehistoric settlement or meeting place, where the hunters or their wives, their women perhaps, were artists, a community of artists who whiled away their time painting the world that existed for them beyond those caves where they lived or sheltered.
One of the sights that touched me deeply were the handprints.  Those early artists have imprinted the cave walls and ceilings with impressions of their hands. Handprints. Their signatures, perhaps?

Don Marcelino published a small book on his findings, with copies of many of the illustrations he had seen at Altamira and other, lesser sites in the area. He was mocked. The scientific world did not take him seriously. The Church also declaimed him, vociferously so. They were keen to discredit such findings for fear the discoveries threatened the omnipotence of God or put the subject of evolution into the spotlight. Tragically, Don Marcelino Sanz de Sautola died in 1888, a disillusioned man. The brilliance of his investigative work and his findings were not recognised until 1902.

My reason for making the pilgrimage to Altamira was because I was searching for ancient olive stories. The birth of, the beginnings of agriculture. Olive pressing, the cultivation of olive groves, for my book The Olive Tree. Might these hunter-gatherers have lived on a diet of fruit, berries? Might they have pressed juices from these fruits? To create lighting, for food? Might there have been wild olive trees growing in the vicinity? 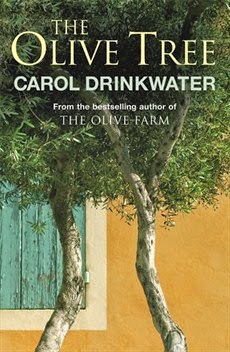 I had bought my ticket to visit the caves of Altamira online weeks in advance and had arranged my travel schedule to fit in around the date allocated to me. The guided visits are limited to ten persons and they are not very frequent. Imagine my disappointment when I learned that I would not be visiting the original caves but a neighbouring replica. I felt a little cheated (It was probably mentioned on the website where I purchased my ticket but the information was in Spanish and I must have missed it).

During the 1960s and 70s, the paintings were showing early signs of damage caused by the damp breath, exhalations of carbon dioxide from those flocking to visit the rupestral art. I was assured the neo-caves opened in 2001 would not disappoint.

And they did not. The reproduction has used identical colour pigments fashioned from the same powders as the originals. Every bump and incline, every rockface, nuance and contour has been represented down to the minutest detail. 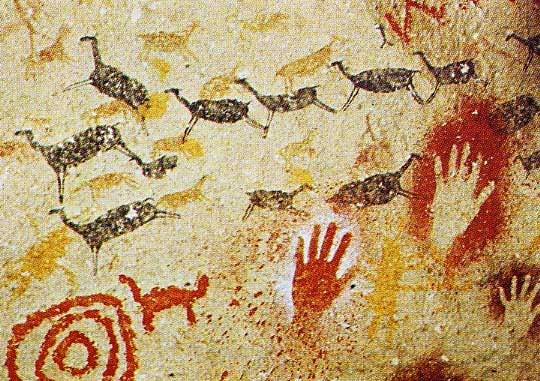 I think we were nine in my group plus the guide. Everyone of us was moved to tears. I am not exaggerating. One couple, Japanese if I remember correctly, were on their knees in front of one of the images, weeping at the sheer beauty, the purity and exhilaration of the artwork. Picasso, who from his earliest days was fascinated by primitive art, visited these caves, the originals, before 1939, when he exiled himself for the rest of his life from Franco’s Spain.

His words when he exited las cuevas were: 'Beyond Altamira, all is decadence.' 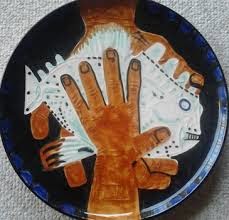 I left the site in a state of euphoria, wandering the hillsides for hours looking at, into colours, at light, as though I had never seen grass or trees or cows before, reluctant to return to the town, to noise and modernity. I had seen the world anew. I did not find olive clues in the vicinity but the experience did put a new spin on my journey. The first time. Man’s very first experiences. It was as though my sight had been unshackled. My travels continued for another nine months or so. No other place I visited reached back in time as far as Altamira - how could it? - but when I sat beneath millennia old olive trees trying to imagine the people who had planted the trees, who harvested them and pressed their fruits, I frequently recalled the simplicity and purity of the artwork at Altamira. Once Upon a Time… when Man and Nature lived hand in hand.

A beautiful post. Thank you. There are almost no words for these paintings, but you beautifully express how they make us feel.

Lovely to read this and hear that the wonder was in no way diminished by it being a reproduction, and that a true copy allows more people to enjoy and learn from the original - rather like the digitisation of documents (see yesterday's post - I'm all for less snobbery and more sharing!)

And wonderful timing for me: I had just been finished reading Rebecca Mascull's thought-provoking new novel 'The Song of the Seamaid' (which you can win in June's History Girls competition) and learned that a recent study suggests three-quarters of those ancient handprints/hand stencils you mention were actually made by women: http://news.nationalgeographic.com/news/2013/10/131008-women-handprints-oldest-neolithic-cave-art/

Beautifully said, Ms. Drinkwater! I have studied and taught about cave paintings for years. Seeing the originals must have been like traveling in time. I am glad that the replicas are as inspiring as you describe.

Oh my goodness what a spectacular account of these so special caves. Your words penetrate my soul. Thank you for sharing x

I saw some 25 000 year old handprints last year, at a cave called Pech Merle, in South West France, and was stunned by them; they seemed so fresh, as if they'd only just been done. And yes - apparently many of them were done by women or teenagers. Lovely piece!

What a wonderful thing - thank you for posting about it!

Given the size of the hands and something about the sensibility of them, I would also think that they are the hands of women. As I wrote in the post, I like to think that most of the artwork has been achieved by women.

Beautiful. I think the same happened at Lascaux? By the time we visited the caves were closed off, and a fibreglass replica open.

The April 2015 "Smithsonian" magazine has an article about the cave replica and the art works.