Not far into writing Liberty’s Fire, I realised that my male characters would have to have facial hair.  There was just no getting round it.  Pretty much the only clean-shaven men in Paris in 1871 were priests, and the sensible ones were either in hiding or trying to escape the city dressed as women.  (I exaggerate just a little.)

I consulted my daughter.  She made a face.  Just don’t mention it, she said.  Specially not when there’s kissing involved. There’s something about the word moustache.

I knew exactly what she meant, but I’d hoped it was a private prejudice.  Are YA readers ready to embrace romantic heroes with facial hair?

Looking around my neighbourhood, I feel she can’t be entirely right.  The beards have been moving in for a few years now. Around the same time as the London orbital came our way – something between the train and the tube, and an excellent thing for us transport-deprived South-East Londoners –  an explosion of facial hair (and fixies) took place in and around the local bars and cafés.  Young beards.  In fact, I notice, intrigued, not unlike Communard beards.


The Beard exhibition at Somerset House has now closed but Mr Elbank’s brilliant contemporary beards can be seen in all their glory on Tumblr and will give you a good idea of what I'm talking about.  Beardseason, the Australian-born campaign to raise awareness of melanoma which was the start of this portrait series, continues to go from strength to hirsute strength.  To support it, I bring you a small selection of inspirational facial hair from nineteenth-century France, complete with links to more information about the revolutionaries (and one reactionary) sporting them. 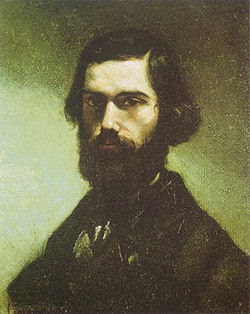 Courbet himself (photographed by Nadar): 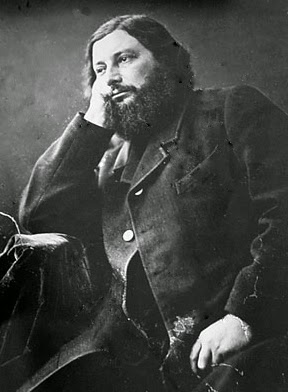 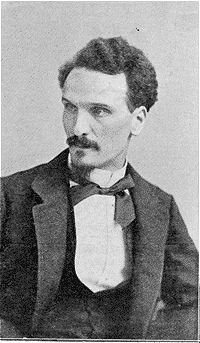 And as painted by Manet… 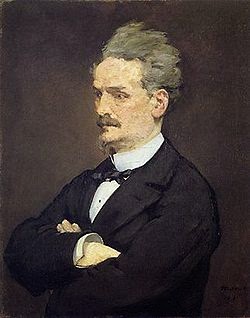 ore than once…here he is again, this time escaping from New Caledonia (4,500 Communards were deported to the Pacific penal colony after the fall of the Commune): 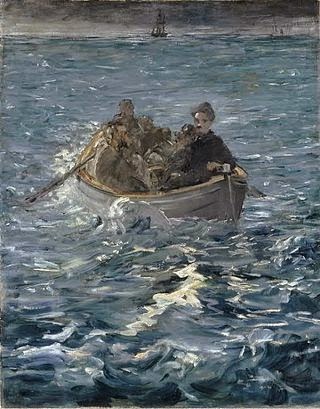 Napoléon La Cécilia, who found refuge in London where he taught French at the Royal Naval School then in New Cross: 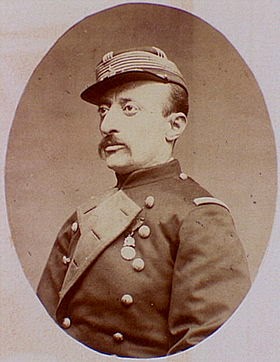 Jarosław Dąbrowski, Polish activist, who died on the barricades during the final Bloody Week of the Commune.  His nom de guerre was Dombrowski, and was honoured in the name of an International Brigade battalion made up mostly of Polish miners during the Spanish Civil War. 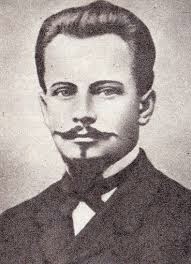 Maxime du Camp, probably the Commune’s most vitriolic and effective critic and author of the 4-volume attack Les Convulsions de Paris, whose representations of women in the Commune endure to this day: 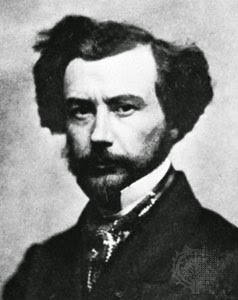 And finally, a man from a different kind of commune altogether, the transcendentalist Fruitlands, which was established by Louisa May Alcott's father in 1843. Joseph Palmer's interest in utopian politics, free speech and prison reform was sharpened by his own imprisonment after he fended off some men attempting to shave his beard in 1830, when beards were anything but fashionable. His gravestone in Massachussetts is apparently marked 'Persecuted for Wearing the Beard': 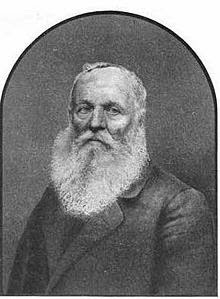 I was so taken aback at the description of south-east Londoners as "transport-deprived" that I could hardly take in the beards! (Come and live in Shropshire without a car, Lydia. I have lived in both places and, believe me, south-east London has always had transport.)

But back to the beards - yuk. It's difficult, when writing about young men in past times, to visualise them with facial hair. I tend to 'see' my characters quite hazily anyway, but once a publisher sent me a possible cover picture showing a young bearded man and it was quite a shock. I'm afraid it got an immediate thumbs-down. (It was awful in other ways as well).

I don't think I have ever written a character with a beard. Of course, in The Olive Farm books (more or less non-fiction) I might have described someone's facial hair. My husband has a beard (sort of grey and designer-style three-day look) and yet I still think of him as clean-shaven.

Beards are on their way back though among the mid 20 somethings and above. They are on trend at the moment and you're going to see a lot more of them before they go away. I've seen arguments for and against - none of my menfolk would grow one, but I see far more around now than I have ever done and my hairdresser (a man with a beard) assures me that it's an in thing. All the other male hairdressers at the salon are bearded too, and it's Toni and Guy, so they probably have at least some idea. :-)

There's an old Spanish proverb that A kiss without a moustache is like an egg without salt.

I usually imagine my male characters clean shaven. Occasionally a moustache, just for kissing with ...

My husband is bearded and I object to this beard-ism.who are we if we cannot cope with different facial fashions? Beards were sexy at times when they were cool. But as far as YA goes, surely the most a teen hero would have is a little 'tache. However, though I find my David highly kissable , I admit that the guy at the top of your gallery doesn't turn me on. It's a cultural thing...

It's the hair rather than the beard. He's quite good-looking otherwise...

Apologies Ann…South East London is indeed only a poor relation compared with other parts of the capital. But you would be amazed at some people's attitudes. There has been a spate of articles in recent years fêting venues in Peckham which start with a paragraph about the journalist actually making it there, as if they'd managed to locate some lost continent. A few years ago I found myself hitchhiking for the first time in decades because we'd arrived in the Lake District by train the week after the summer bus service had finished.

And precisely, Leslie. There is clearly a growing generation which finds facial hair immensely appealing. But plenty of potentially lucky fellows do sport full beards at an early age - and if YA fiction were more ethnically diverse it would surely reflect that fact. Others struggle for years to grow a respectable tuft. Horses for courses, all round.

I do like long hair on men. In the 70s all the young men had long hair and it was wonderful - and totally disapproved of by their elders, of course.