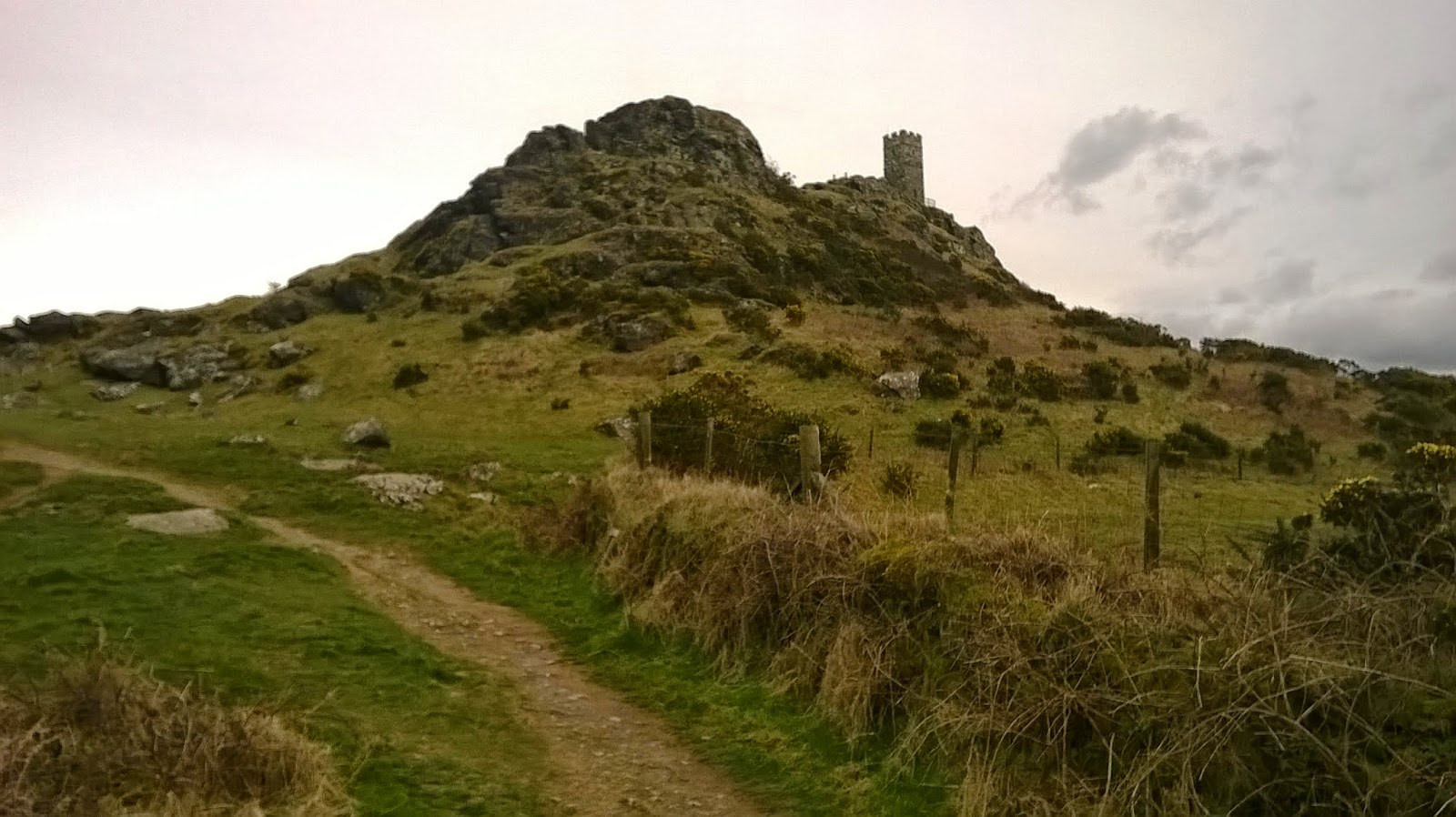 Legends often arise when people try to explain a landmark, like a great boulder, or something strange they’ve witnessed. The medieval idea that the dead could rise from their graves and walk among the living as revenants could have sprung from many sources, but what happened at the church of Saint Michael de Rupe (of the rock), Brentor in Devon might well have occurred at other churches too and helped to fuel this belief.

St Michael’s is a tiny church, built 1,100 feet above sea level, on the top of a tor on Dartmoor, and surrounded by the remains of an iron age hill-fort. The base of the tor is often wreathed in mist, so that church appears to be floating on a cloud. It looks more like a watch tower than a church and many believe that was originally why it was built up there, to act both as chantry chapel and as a beacon because it can be seen as far away as Plymouth Haven.

‘Brent’ as well as meaning ‘rock’, also means a loud or strident voice and sometimes the winds blew so hard on the top of the tor that the priest’s voice couldn’t be heard however loudly he shouted. The 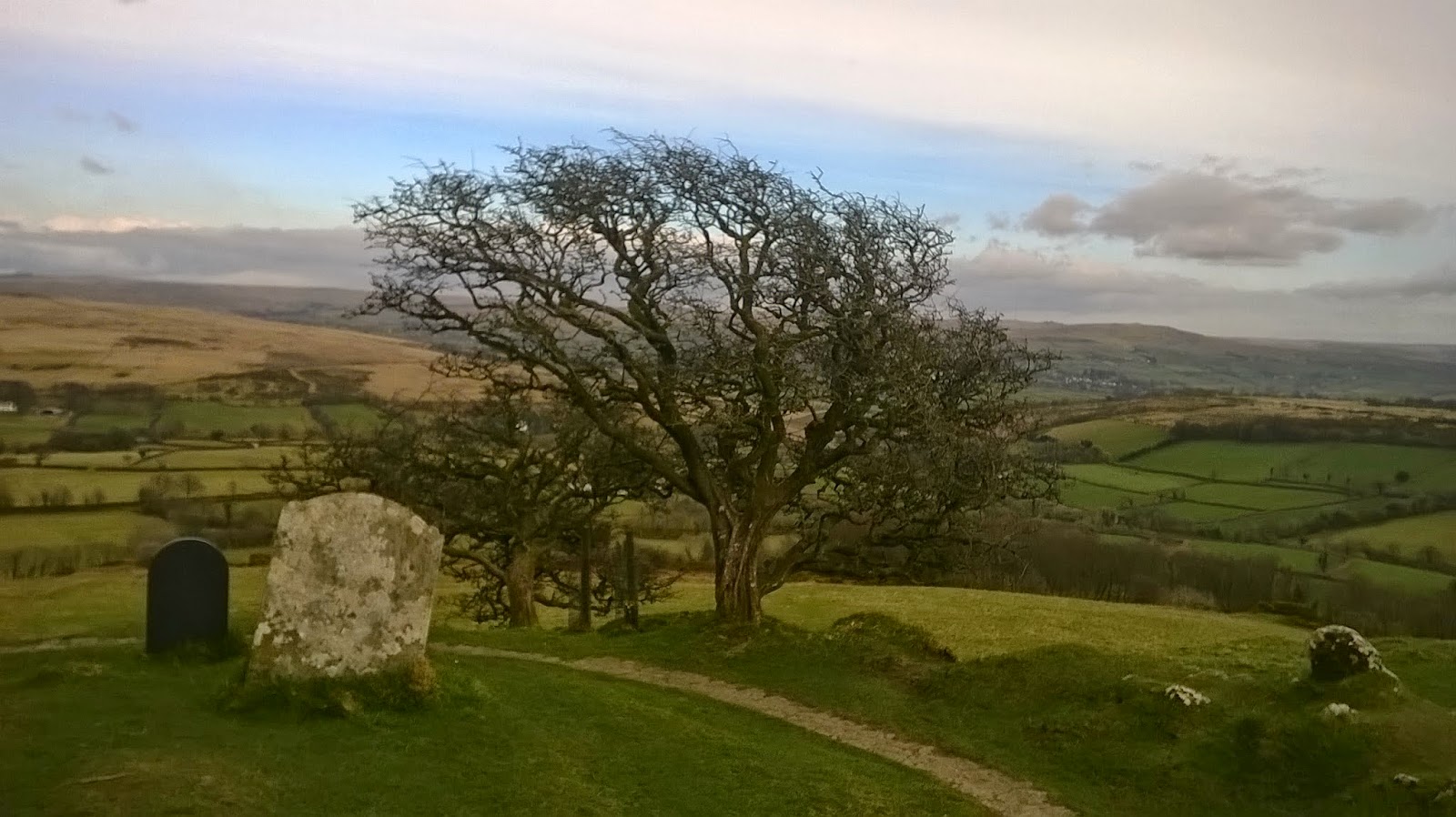 church is still lit by gas light, and candles. There is no electricity up there.

Churches built over ancient burial grounds, sacred springs or sites of pre-Christian worship where the gods of the underworld and the gods of the air met, were often dedicated to St. Michael. Being an archangel, he has wings, like the old gods of the air, but in medieval times he was thought to guard the gates of Hades, far below the earth. Dedicating a church to him, may have been an attempt to wean the locals off their traditional gods by substituting a saint that was 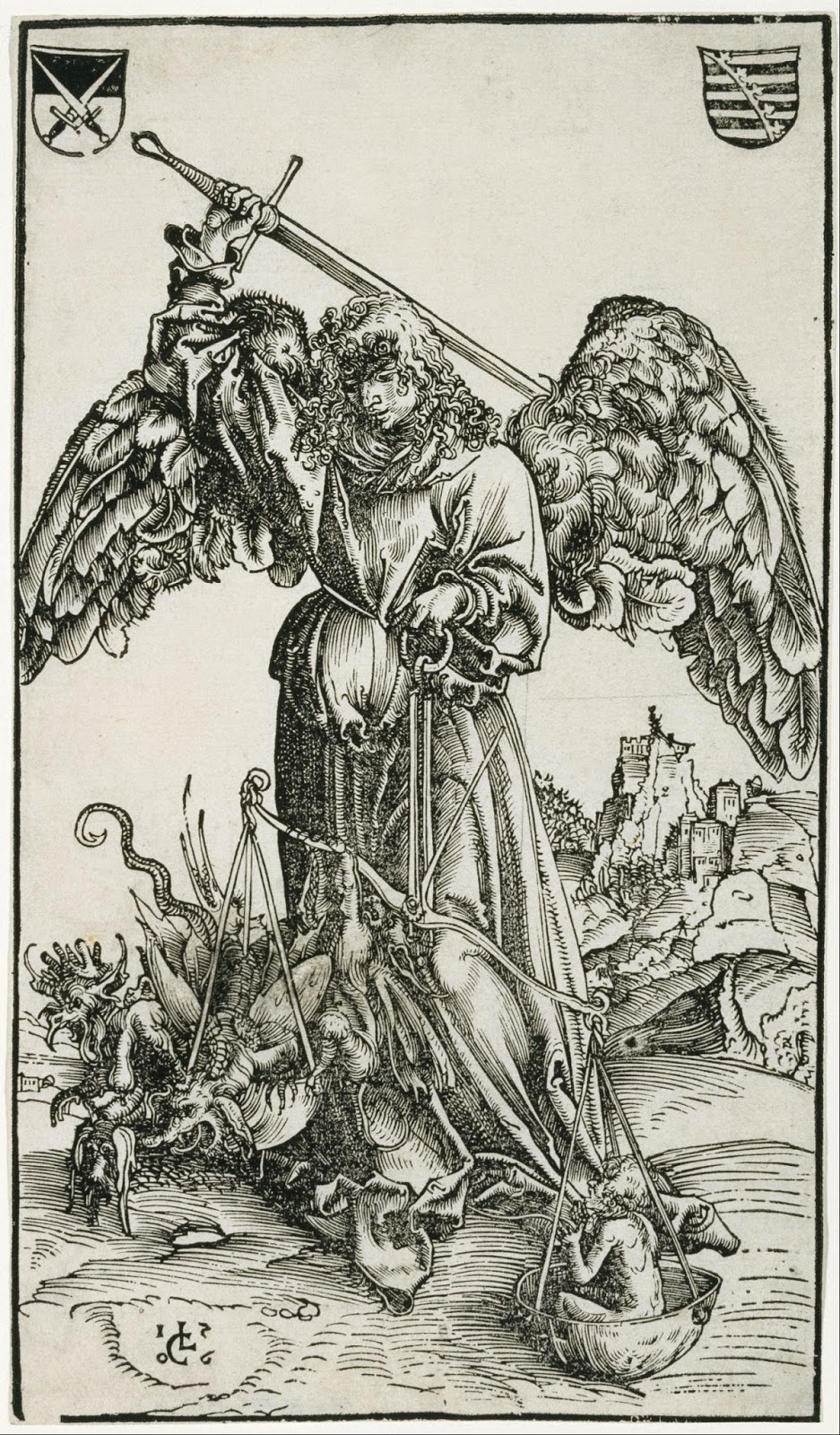 similar in function and appearance.

A survey carried out a few years ago revealed that more supernatural events were recorded in medieval churches named St Michael than in all of the churches dedicated to other saints. If that is true, it may well be because of the strange quirks of the landscape where the St Michael’s churches are built, which is also why those places were regarded as sacred or magical in ancient times.

As this is certainly the case in St. Michael de Rupe. There is very little earth up on the tor, and wherever the sextons put a spade in the ground, a spring welled up. So in medieval times, or so the story goes, coffins were placed in the crypt, which was only opened when new corpse was to be interred. So you can imagine the consternation of people when on several occasions they opened the crypt to discover the coffins had moved and in some cases, the dead appeared to have clambered out of their coffins and were found lying near the door as if they’d tried to claw their way out. 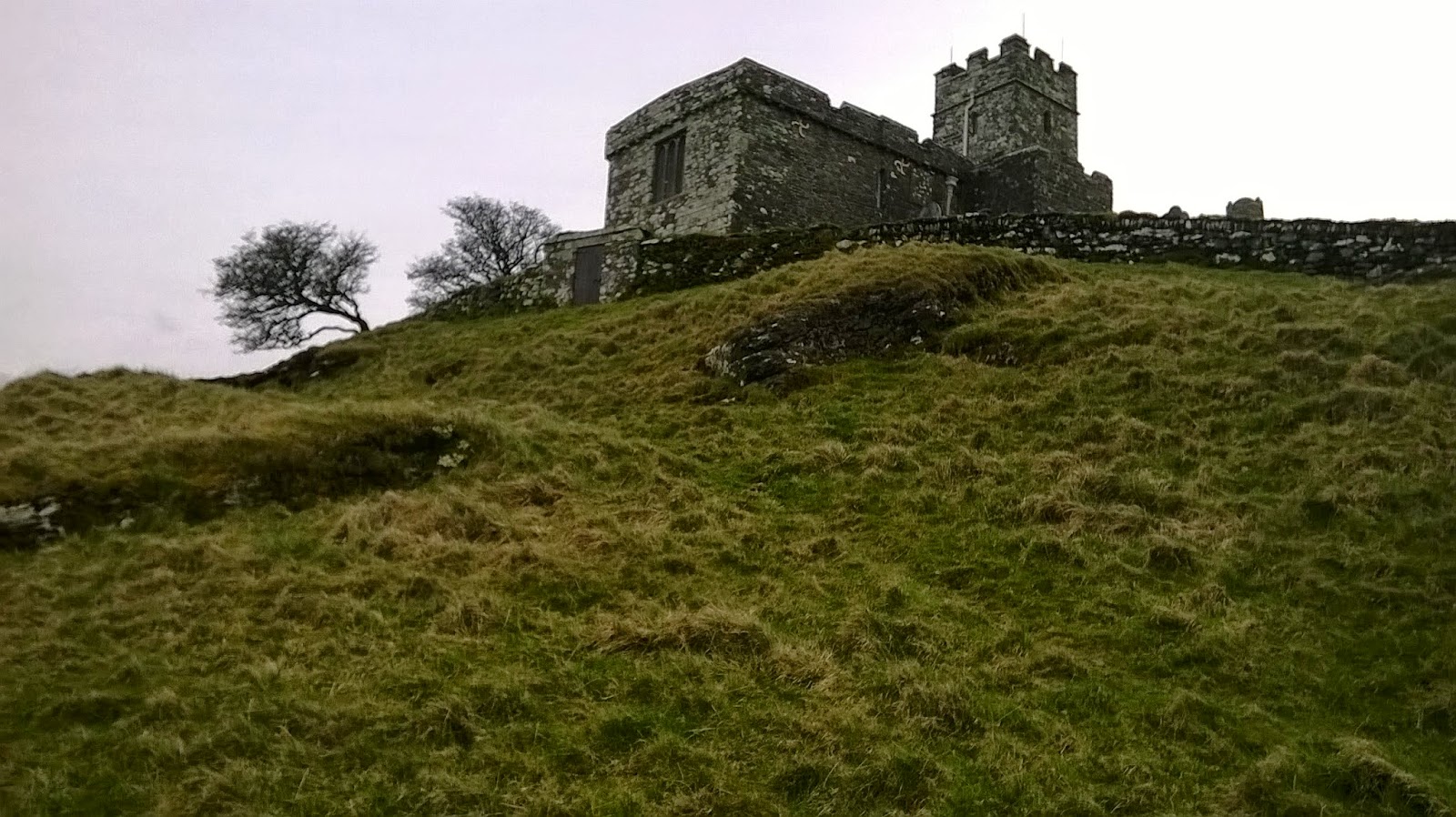 High up on the top of a tor, no one at first realised the explanation. The crypt flooded in heavy rain. The coffins floated and in some cases the corpse drifted out. Then the water drained away, leaving the bodies where the water had deposited them.

The church has a fascinating history and is well worth the climb to visit, especially for the stunning views. But I particularly loved one entry in the church accounts of 1727 –


Was that to ensure those ‘strange’ ministers never got invited to preach again?


In 1758, there are records of the amounts spent in burying a pauper, which as well as coffin, shroud 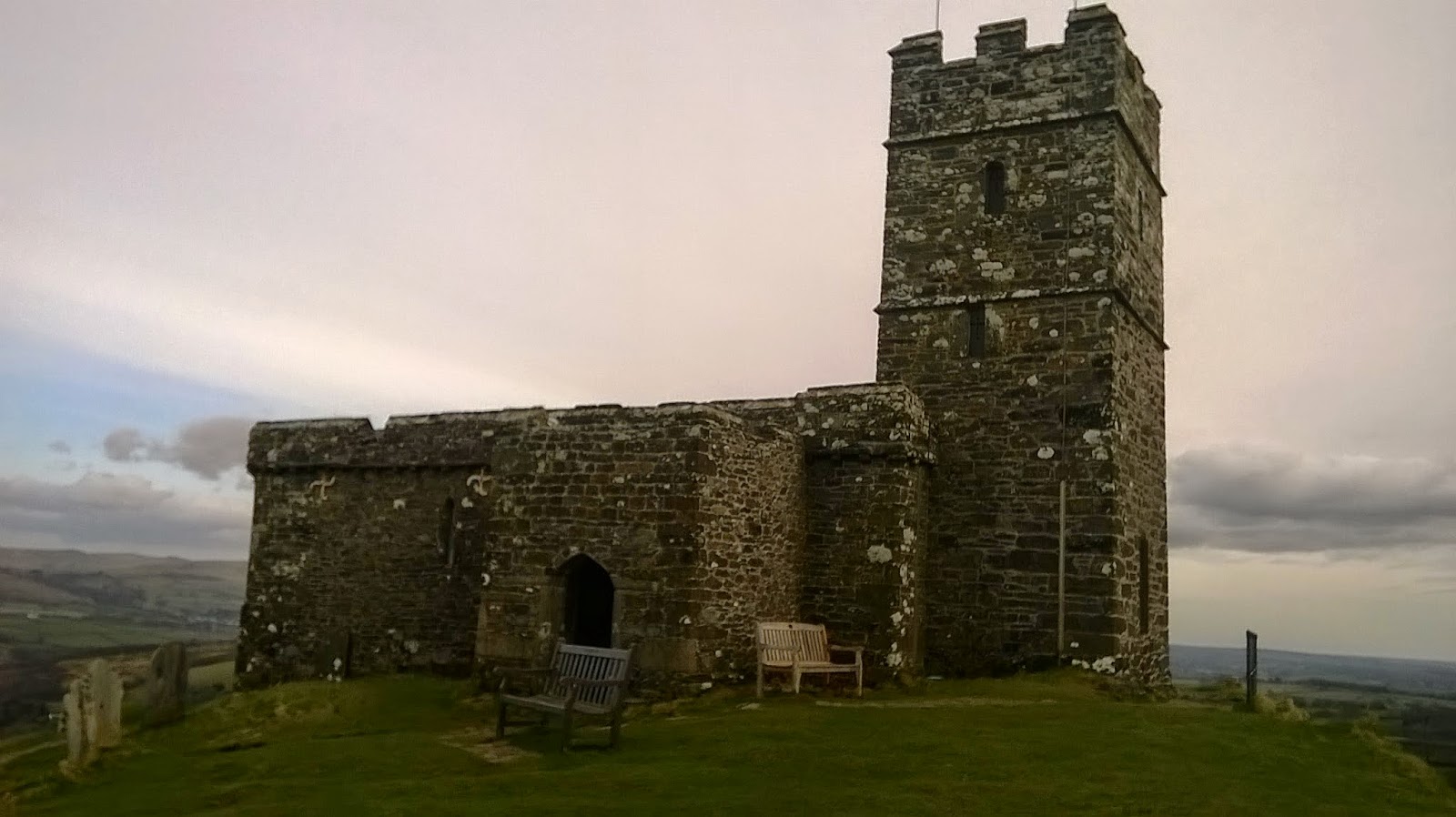 and fees to the parson and sexton, also included 5s 2d spent on cider, 10d for a pint of brandy and 3s 10d for ‘liquer’ at the service.

If this is typical, perhaps it’s another reason why spirits of the other kind are so often seen at St Michael’s churches.
Posted by Karen Maitland at 00:30

I was watching a documentary on the Normans last night, and it was mentioned that St Michael was the most popular saint at that time. I wonder if there are more churches dedicated to him than to other saints? I can't think of that many. But then I guess most parish churches were built after the 11th century. Sorry - rambling!

Could the term 'strange ministers' refer to the fact that they were just 'invited in' ministers - not the incumbent? 'Strangers' was a term (along with 'aliens') used to describe immigrants in the 18th century. Just a thought...

Yes, it did mean 'visiting' or guest ministers or preachers then. The term just amused me in the image it conjured up.

Mind you, I can imagine that some of the ministers or preachers who preached on these remote circuits must have presented quite a wild appearance, if they'd ridden for miles over the moors, climbed up to the church in the teeth of a raging gale or rainstorm and then had to bellow their sermons over the howling wind. Certainly wasn't a vocation for the faint-hearted.