Beaux on the Stage

I've always been fascinated by the phenomenon of men sitting on the stage during performances and disrupting the play, and read more about it when I researched my short story, A Night in the Theatre, for our History Girls anthology. 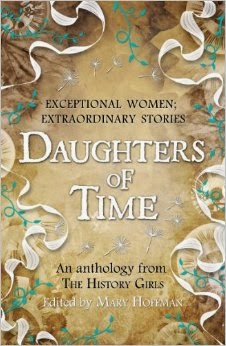 I'm very far from being an expert on the Restoration period and the theatre (though I would love to learn more) but I understood a few things much better from what I did read.
So how and why did the Restoration theatre-goers (and later) put up with fine bucks on the stage making a nuisance of themselves and disturbing the action?
I think the first thing to bear in mind was how different the stage was. It was much bigger and had a huge, wide apron that sloped down towards the audience. So there was more space for this practice than there would be now.
Secondly, going to the theatre was a more general entertainment experience than just watching the play. It was not generally considered to be a high point for drama. You went for the afternoon, you socialized, you showed off your new clothes, you ate and drank and there were even prostitutes on offer. Not just the actresses, though some of those fell into the trade too, as is general knowledge and no end of displaying of charms and intriguing went on in the dressing rooms, to which 'gentlemen' were admitted.
Often the men in the pit were so noisy that you couldn't hear the play, let alone the men on the stage itself. Sword fights regularly broke out and everyone else had to scramble for safety.
For many, the play itself was fairly incidental. But not for everyone, and audience grew steadily more annoyed.
In the 1700s, a dramatic satire, called Lethe by David Garrick, was performed at the Theatre Royal in Drury Lane. There is a wonderful dialogue about beaux on the stage from the point of view of one of them:

Aesop: How do you spend your evenings?
Fine Gentleman: I dress in the evening and go generally behind the scenes of both play-houses; not as you may imagine to be diverted with the play, but to intrigue and show myself - I stand upon the stage, talk loud and stare about, - which confounds the actors and disturbs the audience; upon which the galleries, who hate the appearance of one of us, begin to hiss and cry "off off!" while I, undaunted, stamp my foot, so, take snuff with my right hand and smile scornfully - thus. This exasperates the savages, and they attack with vollies of suck'd oranges and half-eaten pippins.
Aesop: And do you retire?
Fine Gentleman: Without doubt if I am sober - for orange will stain silk and an apple may disfigure a feature.

Garrick finally banished spectators from the stage in 1763 - not before time!

It is extraordinary how different going to the theatre was back then! When I was researching for a performance at Ranelagh Gardens by the Mozart children in Mary Ann and Miss Mozart, I was amazed to learn that the audience wandered around at will, chatting and calling out to any of the singers who were friends of theirs. But there were also boxes, in which you would be served tea and bread and butter - which sounds very simple fare but must have been a treat in the 1860s.

It must have been soooo frustrating for the actors and anyone who wanted to hear the play!