SEEKING THE TRUTH IN A 'BOGUS' HISTORY – Elizabeth Fremantle 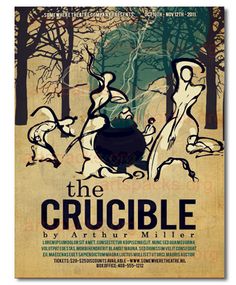 A chance encounter with Toby Litt the other day made me go back and take a look at his essay titled Against Historical Fiction. It is an oft-quoted and gently provocative piece that frequently puts the noses of historical fiction writers out of joint by calling their work ‘deeply bogus’ and suggesting the term historical fiction is an ‘oxymoron’. But, though Litt is clearly not a fan of historical fiction, it is easy to take what he says out of context.

He suggests historical fiction is created in ‘bad faith’. Though it is clearly a critical point it is not intended to be insulting or derogatory but to describe the function of fiction about the past and the contract between reader and writer. He takes the term ‘bad faith’, in a philosophical sense, from Sartre, as to mean the vacillation between what is known to be fact and what is purely speculative. He opposes this with history books, which he deems are ‘written in good faith’, meaning by this that they aspire to truthfulness.

It would be tempting to argue that even documented historical ‘fact’ can be subject to unreliability and misinterpretation. We know ‘the truth’ is a slippery concept and that the writers of history often have their own political agendas at play in their work, but it is Litt’s statement about it being only, as it were, ‘proper’ history that seeks, ‘in an honest way,’ to say something ‘useful or truthful about the past’ that interests me more.

What he seems to be saying is that the intentions of the ‘proper’ historical writer and the historical novelist are in opposition to one another. This is tricky territory as it lumps together the aims of all those who set their fiction in the past. Each novelist surely has a different, subjective, aim for his or her fiction. Some may indeed be simply be using history as an exotic screen on which to project stories with contemporary sensibilities, wilfully flouting known 'truths' for the sake of the aims of their particular narrative. Others, though, might be seeking to exploit the imaginative space between the known 'facts' of the past as a way to tell the untold stories, or as attempting to use historical parallels as a way to better understand the present.


Take, for example Arthur Miller’s 1953 play, The Crucible, a fiction which used the Salem witch-trials of the 1660s as a way to speak about the McCarthy investigations into un-American activities that swept through Hollywood during Miller’s time. The parallels of these two events, and Miller’s fictional account of the former, allowed those living through the McCarthy witch-hunts to scrutinise a contemporary event through the lens of a historical parallel.There are many such stories from the past, which could be used to shed light on the present. The recent US election brought to my mind the vilification and downfall of Anne Boleyn – a woman who paid the ultimate price for seeking to operate in a misogynist political arena. Hillary Clinton, like Boleyn, was labelled a ‘witch’, crooked, corrupt, unwomanly, unfit and even as having committed treason. This, for me, makes Anne Boleyn’s story potentially relevant as a feminist narrative. And it is fiction that would have the power and license to put it to work as a mirror to contemporary political misogyny. In this way fiction can be a means to access another, different kind of truth. 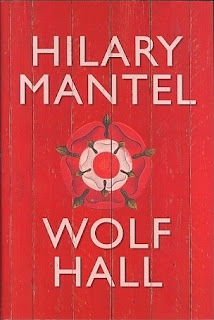 The late great Lisa Jardine discussed the role of fiction in history in Radio 4’s A Point of View (2014) in which she talks about her response to Michael Frayn’s play Copenhagen, a fictional account of a meeting between two scientists who each played a role in the development of the atom bomb. She said, ‘Sometimes it takes something other than perfect fidelity to sharpen our senses, to focus our attention sympathetically, in order to give us emotional access to the past.’ So, where the ‘proper’ historical author might be seeking an empirical truth the fiction writer might in turn be seeking an emotional truth; but there is an inevitable blurring of the boundaries between these apparently opposing positions. Facts and events do not occur in a vacuum without a human response. It is the feelings that events inspire that many fiction writers aim to access.

Fiction is simply another mode through which we can understand history. Take Hilary Mantel’s novels about Thomas Cromwell, which go against the prevailing historical narrative of Thomas More as a ‘good’ person and Cromwell as ‘bad.’ Mantel does what a biographer cannot, she depicts Cromwell (a man about whom relatively little is known, given the enormity of his legacy) as a rounded individual, a vengeful and ambitious man who oversaw despicable acts yet also was capable of fierce loyalty and tenderness, who loved his wife and children. She places him as an entire person in her fictional world, extrapolating his love for his daughter from a touching line in his will. This view is assumption – plausible, yet not fact.

But Mantel’s choice of Cromwell as protagonist in her fiction allows us to look at ideas about social mobility, both then and now. The authorial admiration for a man who pulled himself up by the bootstraps from obscurity to high office bubbles up through the text but it doesn't make it any less relevant or useful as a narrative describing both the past and the present. This is not history in the conventional sense but it shines a light into the dark crannies of history making a valid and interesting depiction of an inaccessible past.

We can’t help but regard the past through the prism of our own particular time. So the Cromwell of Robert Bolt’s mid 1960s play and film A Man For all Seasons is different to the Cromwell of Wolf Hall, more than forty years later, precisely because they are speaking to different generations. So when fiction is historical it is also necessarily contemporary. Fiction exists to ask questions and it is a valid enquiry to ask about how we regard the past and how the past impacts on the present.

Many writers now look to the past to tease out the stories of those who lacked a voice in, or were deemed insignificant by, mainstream history. Often the historical record is partial when it comes to such narratives so fiction serves to fill in the gaps. Previous generations have focused on women’s stories almost exclusively from a romantic perspective, as this upheld the prevailing narrative of the time that women were politically unimportant. You only have to look at the way the Victorians chose to see a figure like Katherine Parr as an obedient nursemaid to a tyrannical husband when contemporary narratives see her as a highly intelligent political activist and author. It is possible she was both of these things but we reject the story of obedience now, as it doesn’t fit with our view of how women should behave in the twenty-first century. We increasingly seek out women from the past who sought to define their own existence in a world that denied them that right, as this chimes with our prevailing ideals of feminism. Using fiction to look between the lines of history urges us to scrutinise our present attitudes and better understand them. 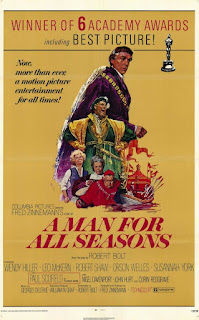 The invisible stories are important. The fact that Homosexuals (even the term is only a century old) and ethnic minority groups barely existed in the received western historical narrative doesn't mean they weren't there. And it becomes the role of fiction to imagine a plausible narrative and fill in the empty spaces as authors like Sarah Waters and Toni Morrison have done to great effect. At this moment in our cultural history we are preoccupied with issues about gender identity and multi-culturism so it seems natural that we might also look to the past even if only to see how far we have progressed but also to ensure we don’t return there.

If we are to learn from the past then we must first seek to understand it and fiction is another tool by which we can do this. Jardine quotes Michael Frayn, to make her point. ‘The great challenge is to get inside people’s heads, to stand where they stood and see the world as they saw it, to make some informed estimate of their motives and intentions, The only way into the protagonists’ heads is through the imagination.’ For me this goes some way to demonstrate that though the term historical fiction may seem oxymoronic there is deception in history just as there is truth in fiction and both serve a useful purpose in helping us to understand the present.

What a wonderfully explained argument on behalf of historical fiction. Thank you, Elizabeth.