William Blake and the Bunhill Fields Celebration by Penny Dolan

Last Sunday, the 12th of August, amid all the chaos of London, a new tombstone was laid in Bunhill Fields, City Road, London EC1Y 2BG. It was inscribed by stone-cutter Lisa Cardoso with the following words:

‘I give you the end of a golden string
Only wind it into a ball
It will lead you in at Heavens gate
Built in Jerusalem's wall.’

The Portland Stone slab, bought by public subscription, marks for the first time the precise spot where William Blake lies buried. The location that had taken two years of research, funded by the William Blake Society, even though he was known to be buried in the grounds where "his father, mother, aunt and brother" - and eventually - his wife lay.

The area of common land was beyond the city's reach, and known as "Bone Hills", a reference to the many pits and mass graves within the area. However, after the Church of England was established in 1664, Bunhill Fields also became a burial place for dissenters, non-conformists and more, until in 1853, the bulging graveyard was closed for burials. Eventually, after time had settled things down, some of the old stones and memorials were moved and Bunhill Fields was opened out to become a much-needed, green space for the inner-city population. Although it was known that Blake was buried there, the exact spot was without recognition until last Sunday.

The press, and a large number of enthusiastic population came to the free ceremony. The event was open to all, with specially-composed music and choral singing, speakers including author Philip Pullman, President of the Blake Society, Archbishop Rowan Williams, Bruce Dickinson of Iron Maiden, and Nick Dunn of the Trust.  In addition, one-hundred-and-ninety-one burning candles were placed around the grave, marking the 191 years since William Blake’s death, and afterwards many lay flowers at his tomb. Ah, one of those events I can only wish I'd been too.

However, sometime ago I read Peter Ackroyd's wonderful life of William Blake. Below now, to pay respect to the new gravestone is a passage of fiction inspired by that very fine biography. 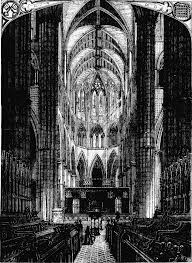 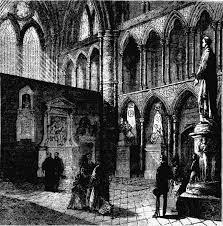 Down below, under the fine stonework, he knows the bodies are waiting. Once or twice, where stones have been cracked and shifted, he spied bones and breathed dust from the darkness within.Now he raises his head and stares.

Up there, high up on their stony beds, the strange elongated effigies of old kings and queens face upwards, heavenwards, God-wards. The royal features are not for common, everyday eyes to view - and yet the Society has asked for a true record of all that is there, have they not? 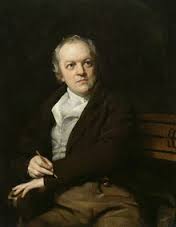 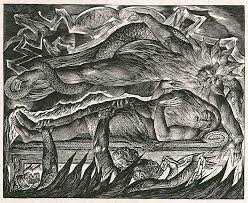 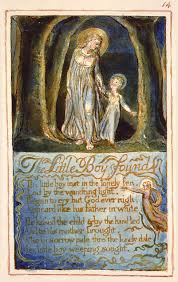 Thanks for this, Penny - lovely stuff about an endlessly fascinating creative mind!

Fascinating, Penny +
You hold the pen =
Not a coincidence, dear.
God bless your indelible soul.