A Poet's Christmas by Judith Allnatt 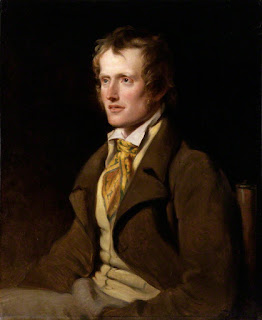 At the height of his fame, John Clare, the nineteenth century peasant poet enjoyed receiving Christmas gifts that he could never have dreamed of as a Northamptonshire pot-boy, lime-burner or ploughman. Silk neckerchiefs, eau-de-cologne and gold-tooled books arrived as presents from publishers and patrons: unaccustomed luxuries for a man more used to working in the fields to feed a large family, crammed into a tiny labourer’s cottage. The contrast between past poverty and relative wealth was nowhere as sharply demonstrated as through the replacement of his battered old fiddle with a faultless, polished Cremona violin. 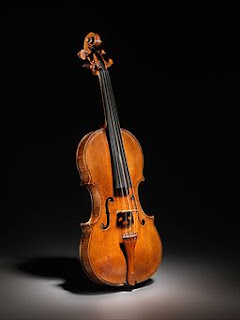 Clare stood astride two worlds. In London, for a time, he was feted in literary circles, wined and dined. But returning to his native village, promised patronage was often late or forgotten and he had to return to manual work in order to keep food on the table. His literary fame became a burden at home. He felt increasingly isolated from his fellow villagers whom he feared saw him as filled with ‘airs and graces’. Sometimes he was called home from the fields to meet a visitor: a genteel fan in search of a literary chat who gave never a thought to the fact that leaving his post would cost him his whole afternoon’s wages.

The strain of trying to live in these two very different worlds, whilst fitting into neither, began to tell and may have contributed to his growing mental frailty. In later life , he became prone to delusions, sometimes believing he was Byron, Admiral Nelson or, alarmingly, the boxer Jack Randall. He also came to believe that he had two wives” his real wife Patty and his childhood sweetheart, Mary Joyce. This odd dilemma for Patty was the inspiration for my novel ‘The Poet’s Wife’ , in which Patty tried to fight John’s demons and get back the man she married.

John Clare’s obsession with his childhood sweetheart is in a way unsurprising in a man who clung to the past. His personal past was precious to him and he writes of the freedom of his boyhood collecting birds’ eggs and pooty shells (snails), and once wandering so far across the heath that he thought he could come to the edge of the world. He also treasured a common past: the seasonal rhythms of farming life and the traditions of a rural community. He records in his poem, ‘The Shepherd’s Calendar’, the traditional entertainments of Christmas: the wassail singer, the Mummers’ play and how ‘harlequin, a laugh to raise/ Wears his hump back and tinkling bell.’ Just as the enclosure of common land had deprived him of his freedom to roam, he feared that as farming became mechanised and labour migrated to the cities treasured traditions would fall away.

He writes, with great affection, of a country Christmas, of a bright hearth and a sanded floor, of yew, holly and ‘mizzletoe’ decking candles and pictures - greenery brought indoors as a symbol of eternity. He lingers with relish on ‘boiling eldern-berry wine’, pudding wrapped in muslin, sage-stuffed sausage drying in the chimney nook and sugar plums. Once when I was giving a talk on ‘The Poet’s Wife’ I was afterwards treated to a plate of sugar plums, in celebration of a Christmas scene in the novel. In rural Northamptonshire it e=seems that some of Clare’s beloved traditions still linger. Long may they last.
Posted by J. Allnatt at 00:01

Lovely to be reminded of John Clare at this time. He wrote so movingly about Christmas and country customs. And I loved your book about him and Patty, Judith.

And I've just heard one of his poems read on Radio 4!

Thank you , Ann. I'm glad to know JC's poem was on Radio 4. His work seems to be belatedly gaining a wider reputation and I've heard him referred to recently as 'the seventh Romantic poet'.