The Uses of a Castle, by Louisa Young

If you are bookish and historically inclined, you are likely to have developed some kind of relationship with castles.
Probably you have favourites. Here are some of mine. 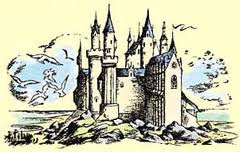 1) Caer Paravel
The first castle I ever loved, particularly when ruined and mossy and full of ancient apple trees when the Pevensey children (or Kings and Queens of Narnia) returned to it after not very long away in the real human world. This was, I think, the first really good thought-provoking surprise I came across in a book. I was about six.

2) Castello Odescalchi, Bracciano
A big grey ivy-clad lump with proper battlements, overlooking the beautiful limpid Lake Bracciano just north of Rome. When I was a small girl we used to go on holiday to a small (but castellated) stable block nearby, which belonged to the same family. We would go up to the castle to collect our post. Much though I longed to, I never got further than the little office, which was cool and dusty and hung with award certificates from International Expos in 1898, and foxed daguerrotypes of Garibaldi and the BVM. It was in that room that I got my O level results. Nowadays weddings are put on in the more glamorous rooms: Tom'n'Katie; Miss Ecclestone and her beau James Stunt. Nozze de luxe: Matrimonio Hollywoodiano, the Italian papers call them. This was the only postcard you could get in the 1960s. I cannot tell you how many copies of it I sent. Many.
3) The Castle that Dodie Smith captured
'I write this sitting in the kitchen sink ---' How would I ever better that for an opening line? My delight at the book's existence was only matched by my grief at the fact that as a writer I would never match up.
4) The Castles of Santa Marinella and Palo 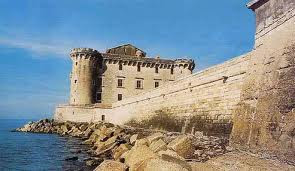 These are both on the coast near Rome, both beautiful and strange with their ankles in the sea, both belonged to cousins of the family who owned 'our' castle, and visits to either of them involved some combination of seaside, swimming, the possibility of young Italian princes, and ice cream. I still can't quite remember which is which. Looking their websites now I am amazed. I am amazed that they even have websites. I recall them spare, semi-neglected, and glamorous under their umbrella pines, frequented by people in tiny Alfa Romeos who smoked and knew Visconti.
Now they have convention package deals. How are the mighty fallen. Or, rather, restored. 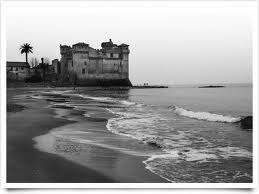 Palo, now, above, and
Santa Marinella, then, right 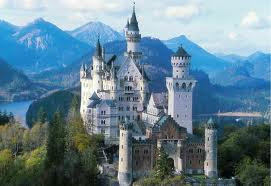 5) Neuschwanstein
I laughed out loud when I first saw this.
Mad Ludwig II's late 19th-century
mediaeval fantasy really was like a
fairy tale, with its turrets and
glow-in-the-dark pallor.
It still doesn't look real. 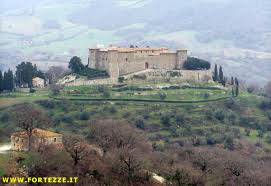 6) Castello di Montepo, Tuscany
The first castle I got to live in. My friend and I had one long summer to clear it of hippies, rats and ghosts. Electricity reached only one room and we brought water from the trough some miles away at the end of the road. The hippies left mildly, taking their guitars and their mournful eyes. After that we would go round each morning picking up the poisoned rats by their nasty tails, and flinging them out the broken windows, between the iron bars. The ghosts were not so easy. I believe they are there still.
A soldier called Innocenzo Fortunati, who was killed in WW1, is commemorated in the chapel. His name seemed inaccurate. 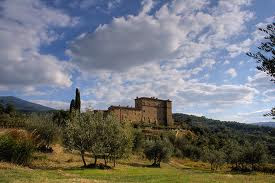 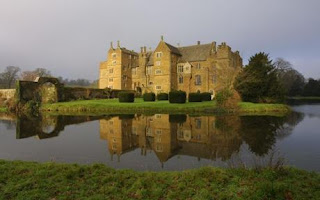 You've seen this one. It starred in Shakespeare in Love, looking almost more beautiful even than Joseph Fiennes. Last Friday it was home to a different kind of literary escapade, the first First Story Festival. First Story is a charity which puts authors into state secondary schools, to provide a bit of extra-curricular joy and opportunity in the form of creative writing clubs. I was one such writer in residence for a few years, and found it rewarding, hilarious and maddening. A month or so ago I heard that one of my boys had got himself a place at Oxford. . . but First Story is about much more than educational achievements. It's about generally broadening, opening, allowing and encouraging among schoolkids the great habit of writing for pleasure, edification and self-expression. On Friday, specifically, it was about a couple of hundred 14-15 year-olds marauding about this beautiful ancient English castle; perching in their blazers in the Ladies' Garden, between golden Tudor walls and glowing crimson roses; squawking at the great hall and the flowing parkland; scoffing* their sandwiches overlooking the drawbridge, listening to talks by Michael Morpurgo, Philip Pullman, Mark Haddon, Jackie Kay, William Fiennes and Meg Rosoff; doing work-shops in 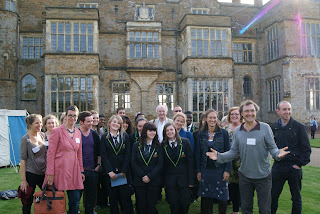 them. Another wrote that she had thought writers were old people sitting behind desks because they had nothing better to do (well, obvs) but now she knows they are just like you or me.
My companion, who volunteered to help out, was given two jobs:
1) don't let them drown in the moat and
2) keep them away from the pikestaffs and halberds.
What a glorious use. No-one was decapitated.
*Word of the Day: Scoff 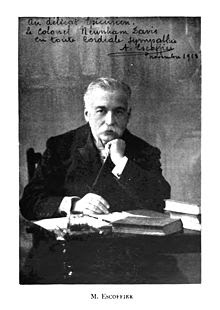 from the King of Chefs and Chef of Kings,
George Auguste Escoffier, because it's
what you do to his delicious food.
Posted by Zizou Alphonse Corder, PhD at 01:01

I have just been looking at an aerial view of some castles (a brief glance at television). What amazing places they are - romantic yes, but so very uncomfortable!

How delightful - I love your castles. It's quite right that ridding a castle of its ghosts should not work, though.

Neuschausten was surely designed by Disney. I saw it featured in Cinderella, Rapunzel and Beauty and the Beast, didn't I?

Lovely post, Louisa and that First Story thing sounds a brilliant idea. One of my very favourite fictional csstles is Gormenghast...

Lovely idea for a post, Louise. It's been an age since I thought about Caer Paravel: how I loved it as a child! But I agree with Adele about Gormenghast - a truly fabulous creation.

Absolutely loved this post Louise. Such a great idea. My first experience of a castle was constrained by my environment... it was the Zimbabwe Ruins. But at age 5 I thought it the most magical place in the world... full moon and the night throbbing with African drums.

But right now it would have to be Castello di Polentino any day! Thks fro the great post!

Thank you for nice comments.
But for the sake of historical accuracy I need to point out that my name is Louisa. I only mention it because two of you have put Louise, and I wouldn't want it to spread.

I never read Gormenghast. My brother spooked me with it when I was small. I'm saving it up, alongside the Wire, for when I break my leg.

Lovely post, Louisa! I too loved Cair Paravel and Dodie Smith's Godsend - and the Hall of Bright Carvings in Gormenghast.

A couple of years ago, I went to the castle at Duino, where Rilke wrote, or at least began, his Elegies.

He had a beautiful study and not one but TWO terraces overlooking the sea where he could write at a stone table.

I ask you, who wouldn't write something beautiful in such a setting? On the other hand The Ballad of Reading Gaol was written in a far from beautiful place.

You have made me think and reminisce, Louisa - thank you.