WHY WE ARE SPECIAL By Eleanor Updale

How this generation of historical writers is the last in a long, long line
For most of us, one of the joys of writing a story based in the past lies in getting a feel for the era in which the plot is set. There's nothing quite like surrounding yourself with objects that might have formed part of our characters' everyday lives.

I have a lar

ge box of bric-a-brac from 1929, collected while I was writing Johnny Swanson.
There are newspapers, coins, letters, medals, songsheets, salesmen's catalogues and several china mugs.
Indeed, it was buying a 'peace mug' commemorating the end of the Great War that first set me off on the story. 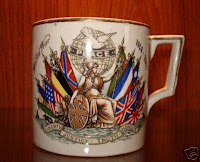 I imagined that peace mug 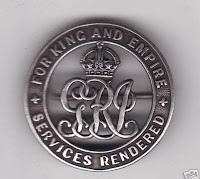 gathering dust high on the mantelpiece of a home where - more than ten years on - the war still left a scar, even for a boy born after it was over. 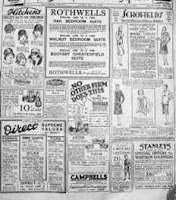 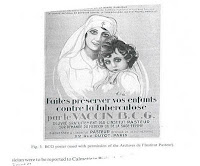 uggle against tuberculosis, and Britain's familiar contempt for, and reaction against, progress made by foreign scientists, particularly if they were French.


Anyway, the point of all this immersion in the time was to be able to think my way into my characters' world: not necessarily to parade the knowledge (I sincerely hope that I have avoided the irritating info-dumping of so many historical novels) but so that I could get under their skin and make them behave in an appropriate, and convincing, way.

Some things were easy. I'm old enough to be able to remember pre-decimal money and ice on the inside of the bedroom window on a winter's morning. I grew up in a block of flats which had a communal laundry, complete with bubbling 'coppers', mangles, and drying cabinets powered by smelly gas. There we saw deep into our neighbours' lives. Corsets, to anyone of my generation, are not the saucy fripperies of the new burlesque shops, or the minute lace-up jobs of costume drama, but vast greying floppy sacks, with dangling suspenders of perished rubber,as terrifying as the fearsome women who scrubbed them at the sink. Underwear in general was thick and itchy. Nappies were rough, and dried like concrete boards.

It's great to be able to pass on some of these details to generations who have never lived without central heating, lycra, and disposable diapers. It's useful to be able to remember life before hair conditioner (which actually, to me, doesn't seem that long ago), and to be able to tell people born in softer times what it was like in the old days, even if, when going back beyond our own youth, we have work hard to take our readers with us into the past. Those of us who write for children know how quickly the present becomes the past, and how even the apparently obvious may need gentle explanation. Why should anyone under the age of twenty have any idea of a world where there was no 'War on Terror'? Why should they know that we didn't always have computers, supermarkets and free healthcare, or where the terms 'B-side' and 'spend a penny' come from? But all these things are just details of differences between lives which, though divided by time, share a lot more. The challenge for historical writers so far has been to stop the explanations and 'colouring in' holding up the story. I have a feeling that things are going to get much tougher.

Of course, there have always been changes that needed explaining. The human world is constantly reinventing itself (in a way the animal world does not). It's part of what makes us human, and the sense of 'old' and 'new' times (and their relative merits) is a core feature of ancient as well as modern, literature. What I'm suggesting here is that the interior lives people lived over the last few centuries have in fact been fairly consistent: based on a idea of the self and the individual's place in the world which has, in the West, been remarkably stable for hundreds of years; but is now, because of new technology, being fundamentally altered.

Something has happened recently which makes our generation of historical writers unique. We are the last authors with a foot in the old world where there was far less wiring running between individuals and between the subject and the State. Leave aside whether the wired world is good or bad, it's a reality. Things are changing, and for those of us who write for children, it's the readers who are changing first. When writing about the past we are going to have to explain aspects of human society that historical writers have never had to unpick before. Of course, our predecessors all had to ensure that they didn't blunder into anachronisms (such as having someone drive a car before they were invented, or fight witht he wrong kind of sword) but right down to the present day all storytellers, in whatever genre, had as key narrative tools the twin commonplace realities of privacy and untraceability: the capacity of any character to be unspectacularly unaccounted for as they went about their daily business, just as everybody was in real life. To oversimplify, until very recently, when someone went out of view, no one could be absolutely sure where they were. The default mode was to be out of contact. There were times when that was not the case (for example if someone was under deliberate surveillance for some reason) but that was unusual.

Along with this went the unremarkable norm of being underinformed. Until very recently, most of us didn't know much about what was going on around us (either at a domestic or national level) and had few ways of finding out, even if we wanted to know. Even thirty years after the Second World War, it would have seemed unremarkable that on the eve of D Day the Germans had no idea that the biggest invasion fleet ever assembled was only a few miles away. To anyone born after 1990 it must seem incredible that the allies passed messages to and from resistance agents in continental Europe by carrier pigeon - and replaced those birds with new ones crammed into cocoa tins and dropped by parchute. The information feed for Churchill in the 20th century was not really that much more speedy or sopisticated than it was for Marlborough in the 18th, but now, quite suddenly in historical terms, there is an assumption that everyone knows, or should know, everything all the time.

My point is that what now appears as stumbling around in the dark was, for centuries, just the ordinary background to how people conducted themselves. Most of the time, no one was entirely sure where people were, or what they were doing, and that was the framework on which most stories (unconsciously) hung. Up to now, all readers and listeners inevitably bought in to the idea. It's been the foundation for chases, deceptions, misunderstanding and intrigue in fiction down the ages. We never even thought about it, just as we accepted a world without extendable dog leads or wheels on our luggage.

Some authors are already responding to the stifling grip of information by creating worlds of their own. I'm sure one of the attractions of writing fantasy is the ability to set new rules, to recreate the climate for those chases and blunders. It's interesting how many fantasy worlds are essentially old, rather than new, fangled, even when they are set in a mythical future. Those of us who are sticking with the real world might learn something from the way good fantasy writers establish the frameworks within which their characters operate. We, or our successors, are going to have to do something pretty similar. It's important that we take warnings from the bad fantasy writers too. The danger is obvious, and horribly common: a descent into the minutiae of process that kills the tale.

From now on, in the same way as we have to help our audience think itself into life before cling film, when writing about the past we are going to have to recreate and point up the mindset that took everyday ignorance, independence and autonomy as a fact of life. Any writer or reader born today will have to make that jump as deliberately as we w0rk at at comprehending feudal farming or shared water pumps. New young writers will have to make an imaginative leap to portray something that was previously a simple, unacknowledged, component of the human condition - instantly understood by author and reader alike.

But those of us who were there before mobile phones, ATMs, satnavs, CCTV and the Internet are the last generation who can remember what day-to day existence in the uninformed, untraced world was actually like. In future, getting the 'feel' for ages unmediated by microchips will be a matter of research. For most of us History Girls, it's still in our blood. We have a duty, and the ability, to tell the new kids on the block how it felt and how it allowed us to behave.
And that's what makes us special.
www.eleanorupdale.com
Posted by Eleanor at 00:01

Thanks, Eleanor, for a very thought provoking post. I'd never considered this side of technology. Your use of D Day as an illustration really brought it home to me exactly how much things have changed. I'd never looked at it in that light before.

Really interesting post. Sometimes, it's frightening to think how quickly things have changed in such a relatively short period.

You're right - anyone born during the technology/information boom will have little understanding of how things were before all these possibilities. Recently my friend was explaining to her teenage son how they didn't have the internet when she was his age. His response: well, what did you use your computer for, Mum?

An excellent and thought-provoking post. I feel it's the gaps and spaces in life in the past that make it so so attractive to write about, as well as being a time when objects perhaps carried more meaning than the latest must have purchase, unless I'm deluded.

Must say that the thought of writing about supermarkets & malls never inspires me though maybe they will inspire writers fifty years on?

A truly fascinating post. I hadn't thought of us as being the last bearers of a past pre-computer age. I'm one of the 'ancients' who had my twenty year old sons disappear into the unknown world before mobile phones and had to rely on infrequent and frustratingly indistinct phonecalls made from call boxes from places with names that all seem to begin with a Z or were simply not on any map... although the phone booths had moved on from the 'tickey-box' era.

Very well put. Anyone want to write a history of the shifting default?

Brilliant, Ellie! Coming late to this, but you are SO RIGHT!