Do we choose our historical periods or do they choose us? by Eliza Graham

We have an extra guest post today from Eliza Graham, who latest book is The History Room. She raises some very interesting questions for all writers of historical fiction. 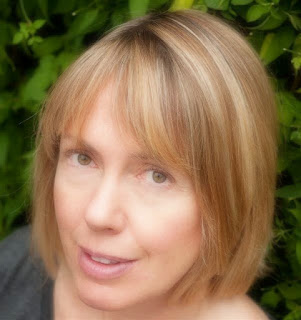 I’ve just been rereading Winston Graham’s Poldark novels, set in Cornwall during the late eighteenth and early nineteenth century and memorably filmed by the BBC in the seventies. Sadly, despite our shared surname, Winston Graham is no relation of mine.

As a teenager I was smitten by Poldark: the dashing men galloping over cliff tops between shipwrecks, daring raids on prisons, and romantic encounters with women in daringly cut bodices. But there was so much more in the series: real historical understanding of the period and of how people related to one another.

Now I’m returning to the full series of twelve novels with a writer’s eye and rediscovering just how good they are, particularly the first seven novels. I’m addicted and I’m delighted about my addiction. My subconscious has latched on to something it badly needs. I own many books on the craft of novel-writing, but I learn most from compulsive rereading of someone else’s novels. But while I’m feeding my addiction and trying to learn from a master writer, I’m also musing on this point: what is it about particular historical people or periods that draws us to them?

Winston Graham wrote the first of the series, Ross Poldark, in 1945 and it’s the story of a soldier returning to his home, having spent time in America as a prisoner of war. It’s impossible not to see the parallels between Ross’s return from the American War of Independence and the period in which the novel was written. Ross struggles to regain the things he left behind to go to war: home, livelihood, love, just as returning soldiers in 1945 struggled to adapt to bombed and disrupted homes and lost family and friends. I actually wrote a novel, Jubilee, with a returning POW who can’t reintegrate to a quiet life on a family farm. It was a challenge to convey that sense of dislocation and alienation. I wish I’d thought to re-read Ross Poldark first. 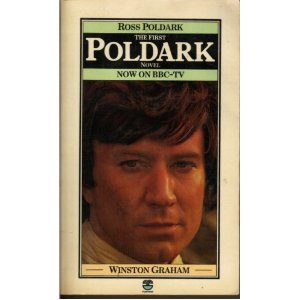 Fast forward a little and I’m now reading Winston Graham’s middle Poldark novels, written in the seventies. The Four Swans is essentially a novel about four very different marriages. The protagonist in each of the marriages act out some of the hottest debates of the seventies: women’s rights, the nature of an equal marriage, what happens when a partner is attracted by a third party, whether there can be rape in marriage. We may be reading about Georgian Cornwall but the observations are doubly interesting when simultaneously applied to the landscape of marriage in the late twentieth century.


Very occasionally I wonder whether anachronisms have crept into the books. A mauve dress is described; I believe the dye was a Victorian invention. A character talks about a ‘week end’, a term probably unfamiliar to the late Georgians. Occasionally the dialogue doesn't sound exactly of its time. But it’s the mark of a great novelist that none of these things matter: the essence of eighteenth-century Cornwall, its remoteness (at least three days away from London) its reliance on mining, fishing and agriculture, the fear of invasion by the French, the start of the Industrial Revolution and the early sparks of the Romantic movement, they’re all there.

I’d forgotten how much of the industrial life of Cornwall in the late eighteenth and early nineteenth century is in the books. Family fortunes ebb and flow as mines are closed or reopened or as fresh lodes are discovered. The miners work in dangerous and unpleasant conditions: fatal accidents are common. But they can do well, far better than farm labourers. When the economy slumps and the miners are laid off they don’t behave like saints: a number take to armed robbery and over-enthusiastic plundering of shipwrecks. As Winston Graham wrote on through the seventies he was entering a period of increasingly strident industrial stand-offs between the unions and various governments. Perhaps some anxiety about this failure to find a balance between workers’ rights and industrial efficiency transferred itself to the books. Ross Poldark is a ‘good’ employer: he tries to provide work in his mines as long as he possibly can, to the point of bankruptcy. But he doesn’t scruple to deal firmly with any challenge to his authority: sacking drunken and unruly servants and threatening homelessness to antisocial tenants. At the same time, he turns a blind eye to minor misdemeanours. He is the attractively humane face of capitalism and in great contrast to his arch-enemy, George Warleggan, with his compulsion to own and control everything and everyone.

I find myself returning my own work-in-progress, a novel partly set in the thirties and eighties and looking at it for the freshness I’ve found in these favourite historical novels. If I don’t find it, I will have failed.

This new book concerns itself inter alia with Kindertransport children. I’ve realized that the novel is actually the fourth I’ve written that contains refugee or migrant characters of some kind. Perhaps I’m writing about one of the big dilemmas for our country at the moment: how to be humane and enlightened, yet realistic when it comes to making and enforcing immigration policy; how to retain the prized parts of national and regional identity while welcoming newcomers. I’m an immigrant’s daughter myself and I’m possibly also writing about a part of my family history that I don’t consciously think about very much.

It’s not a new dilemma. Going back to the Poldark novels, I recall how Winston Graham describes the career of the incomer doctor, Dwight Enys, who painstakingly builds up the trust of the locals over a period of years, surviving an affair with a miner’s wife and a dental operation that goes badly wrong, resulting in death. Dwight isn’t ‘foreign’ in terms of being non-British, but he faces many of the issues of the immigrant in establishing himself in a community.

So, whether it’s eighteenth-century Cornwall, or seventeenth-century France, Thomas Cromwell or Charlemagne, my question is: what is it about particular periods of history, or historical characters, that draws us to them? And what do those choices say about ourselves as readers and writers? 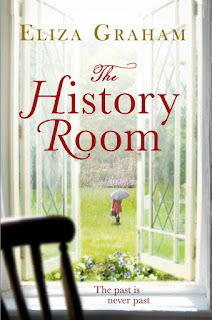 Fabulous post, Eliza - thank you so much. Also incredibly thought-provoking, and I've inevitably been wondering what drew me to my own periods as a result.

I think it can be different reasons. With my Crimean novels (as in the Poldark examples) I was drawn to the similarity with the current zeitgeist - and it was only when one of my characters actually asked why a country had to act as policeman for the world that I realized how much my disillusion with imperial wars in Iraq and Afghanistan had dictated my choice.

But sometimes I think it can be for the sake of difference. I was drawn to the 17th century France of the Chevalier novels because of something missing in our own times - a sense of honour and the value of shame.

Still thinking about it! But now you've also made me want to rush off and re-read Poldark...

I vaguely remember the Poldark TV series but haven't read the books - must do! As for what draws us to a period, that's a very interesting question. I started life as a medievalist, but haven't written anything set in the Middle Ages. I'm currently writing a Victorian novel, but it's not a period I would have deliberately picked - it snuck up on me! Now I'm doing it, though, parallels in terms of social inequality are leaping out at me.

I've not read the Poldark novels - nor seen the TV series - though now I'm wondering if the library has them!

Why am I drawn to the eras of history I find most fascinating? Well, with the two World Wars, because of the way the world changed so rapidly because of those two conflicts - especially for women.


As for the 19th century - industrial progress also effected massive changes on the world as the Georgians and Victorians knew it, esp in the later half of the 19th century.

So I guess it boils down to an interest in the way ordinary people's lives can be revolutionised.

I do remember but only because I had a rag doll I named Demelza thanks to the heroine's red hair. I wonder how the series would strike me now. TV dramas say much about their moment of being filmed, just as books do. I'm aware of that as I write as I gravitate to themes that have a resonance in today's world.

I read the Poldark novels, too, but have also forgotten them. It's fairly obvious, being half German, why I have written about Nazi Germany. I wrote about 19th century Hong Kong because we used to live in Hong Kong (though much more recently) - but why about a seventeenth century witch prosecution? Just because one day I thought: I'm going to write a novel about a witch. I love the seventeenth century, and it's odd I've never been back there, fictionally. I would say that all the subject matter and plots of my novels are present in my subconscious, just as I was born with all the eggs I would ever produce. I don't write 'automatically' but there is something in my subconscious, dictating the plot. Surely there are some eras that speak to one's unconscious more than others.

Apologies for not getting over to the blog before now. Michele, do read the Poldark novels. The earlier ones are the best, I think.

Leslie, funnily enough I am currently writing a novel that is connected to seventeenth century witch persecution! The seventeenth century is so rich for writers. Just teetering on the edge of recognisably 'modern' ways of thinking but with these tips back to medieval approaches. Fascinating. Thanks all for the kind comments. Eliza

The library appears to have some, at least, of the early ones. So once I'm done with the stack of WW2-centric books I've got piled up here, I'll certainly make a start on them.

Yours in a fascinating concept, Eliza. If I understand you correctly, the period for setting a historical novel can be chosen for its resonance with current time, particularly in terms of issues we struggle to resolve. Does that imply in your mind that writers should deliberately think about linking their stories with today's big issues in order to hook readers (and agents/editors) more effectively?