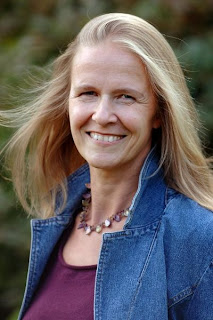 In October, I was lucky enough to interview author Cornelia Funke for the History Girls. Cornelia is the author of many books for children and young adults, including the Dragonrider series and the Inkheart trilogy, the first of which became the subject of a film in 2008.  Her latest book is Ghost Knight, set in Salisbury and starring Jon Hartgill. Jon narrates the book, looking back on his eleven year old self from his late teens. Young Jon is a spoiled boy, sent away to his late father’s old boarding school because of his jealousy directed towards his mother’s new boyfriend. He arrives in Salisbury and takes up a place the cathedral school, where he soon gets more than he bargained for; an ancient grudge against the male members of his family brings ghosts back from the grave. Soon, Jon and his new friend Ella are in danger. They turn to another ghost for help, that of William Longespee, the Plantagenet bastard brother of Richard and John. Longespee is a medieval knight, handsome, armoured, chivalrous and in centuries-old mourning for his dead wife, Ela of Salisbury, interred in Lacock Abbey. Yet history tells us Longespee has a chequered past, filled with betrayal. Is Longespee the man Jon and Ella take him for? Or will he betray them in death, as he betrayed his brothers in life?

I’ll be honest, I’m a big fan of Cornelia Funke and jumped at the chance to interview her. I had written down a long list of questions about the book and her writing process, but in the end it felt more natural to follow the conversational hare. Her books are for the 9+ market, but possess deceptively complex structures and address difficult emotions. Ghost Knight is no exception: Jon is not immediately likeable, revealed honestly by his appealing older self as narrator. All Funke’s books have a strong plot and drive the reader forward, and again, Ghost Knight keeps you turning the pages. I asked Cornelia how much of this structure she planned before writing. About half was the answer, with the other half being allowed free rein.

This led on to the intriguing choice of William Longespee as both Jon’s hero, and the hero of the book. There is, throughout, the sense the Longespee may not be the shining protector he appears and may, as so often happens with our childhood heroes, let Jon down. He entered into a marriage of convenience with a child (Ela was anywhere between nine and twelve at the time), but history also tells us they lived happily and Ela bore him as many as ten children, all of whom survived. After his grisly death at the hands of a poisoner she refused to marry again and retired to Lacock Abbey, becoming beloved amongst her followers there. Amongst the conflicted Plantagenet brood, William was no exception: violent, self-serving, charismatic and passionate. His life was lived in the extremes of warfare, deception and royal politics. Not, on the surface, the man to play the hero in a book for young adults. I asked Cornelia first, what made her choose Longespee, and second, how obligated did she feel to a man history has not painted kindly? ‘Very’ was the immediate answer! Longespee came as a kind of compulsory gift after Cornelia was captivated by Salisbury on a visit to England. She researched the character thoroughly (I sensed throughout the interview that meticulous research and planning are what allows her to let that ‘other half’ of the book write itself), and it really does feel as if she knows him. She summons him as a youngish man perhaps thirty or so, in love with his wife, torn by his compromises. I was intrigued by this choice; William died as a battle-hardened old war dog of around fifty. This was part of the obligation Cornelia felt towards him, that he was still a young man, trying to make things right. The quest for William to find his lost heart is the grail quest of the book. It becomes Jon’s journey too, and in helping William to be reunited with his heart (and of course, his wife), Jon finds himself.

I liked very much the way Funke does not shy from the compromised reality of a medieval knight’s life. The chivalry and glamour were there to put a gloss on medieval warfare. One of my favourite moments in the book is when Jon experiences war through William’s memories. The recreation of the horrors of a medieval battlefield brings a new level to the story: it takes a children’s ghost story into the realms of real danger and is a wonderful achievement. The danger isn’t only physical, but emotional. When I put this to Cornelia she agreed, and said she had tried hard to create that feeling of true danger. Children have become accustomed to peril, through video games or television, but the idea of mortal danger for young boys on a battlefield was something she deliberately summoned. Gone are Jon’s petty concerns at the outset of the book. He must not only acquit himself with honour in what lies ahead, but protect his own Ella.

The story works on so many levels, and is a compelling and satisfying read for fans of YA fiction, of all ages. Cornelia Funke’s skill in rendering it so is clear, but I think the sheer effort she puts into her books is cleverly concealed. Even the illustrations scattered throughout the pages are a reflection of the care lavished on this story, and Orion have produced a beautiful book. Cornelia Funke’s standards are high: her earlier career was as an illustrator and she had definite ideas about how the characters and settings should appear. 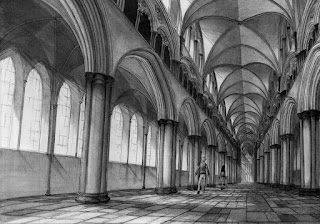 Finally, eager to keep chatting but anxious not to outstay my welcome on a busy day, I asked Cornelia if she believes in ghosts. Her reply was that she had never seen one, but that there are many things we cannot explain. An expert in the paranormal (whom she had contacted when researching the book - see what I mean about dedication?) had once described ghosts to her as recordings of a moment in time when someone, somewhere, felt something so extreme it became implanted in the fabric of that particular place.

As I got up to leave, Cornelia signed my copy of Ghost Knight. As she opened the front cover revealing the crimson endpapers, I was reminded of Inkheart’s Mo Folchart, a bookbinder and master storyteller who brings characters from books alive by reading aloud. Mo thought that all good books should have endpapers in ‘dark red or dark blue...when you open the book it’s like going to the theatre. First you see the curtain. Then it’s pulled aside and the show begins’. I wondered for a moment at such a happy accident and was about to mention it, before realising I would be telling a master storyteller something she already knew. 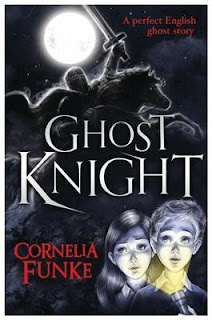 Have just been spending my reading time on the excitements of Inkheart, so thanks for this. I'll look forward to reading Ghost Knight - maybe before I find out about Dustfinger's next adventures?

Loved Cornelia's "reading a character to life" idea (as well as the non-dead writer) but Ghost Knight sounds perfect for this spooky time of year.