The RLF by Susan Price

10th of the month is usually Michelle Lovric's day to post but she has had a bad fall and broken her ankle. So she has a sick note from the History Girls but since Michelle is a RLFF, it's seems particularly appropriate to run this post by Susan Price. (Get well soon, Michelle!) 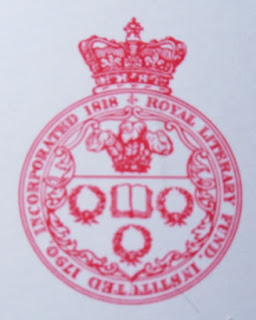 Many people, I find, don’t know what an RLFF is. When told that it stands for ‘Royal Literary Fund Fellow’ people ask what the Royal Literary Fund is. I admit, I’d never heard of it until a writer friend suggested I apply for a place. Since then it’s seemed that almost every writer I meet either is, or has been, an RLFF.

The Royal Literary Fund’s first committee meeting was held on 18th May 1790, making it almost exactly 222 years old. More two-hundredth and twenty-second anniversaries should be celebrated.
The RLF was started by the Reverend David Williams, a Welshman, born in Eglwysilan near Caerphilly. He seems to have been a man of strong opinions and wide acquaintance, frequently quarrelling with his congregations over points of religious doctrine.

He first suggested a society for ‘relieving distressed writers’ in 1774, but Benjamin Franklin, who was staying with him, didn’t think it a good idea. Williams suggested it again at a club meeting in the Prince of Wales’ Coffee House, Conduit Street, London. An advertisement was placed, asking for contributions, but none were made. The idea faded away.

Then, in 1790, an elderly translator of Plato, the wonderfully named Floyer Sydenham, somewhat less wonderfully died in a debtor’s prison. This time, the Fund got under way. Williams drew up the constitution, and each of the eight original members contributed a guinea. An advertisement brought in more subscriptions. Twelve years later the Fund had made grants of £1,738 to 105 writers or their dependents.

From the beginning, the Fund’s grants were never limited by nationality, sex, religion or politics – this despite Williams’ own ‘dissenting’ brand of Christianity (Methodism) and what we would call his ‘left-wing’ politics. At the time Jews and Catholics were excluded from some careers, and women from almost all; and women couldn’t vote, or, when married, own property, or even their children. Williams obviously felt that a writer was a writer was a writer, regardless of where they worshipped, or whether they wore breeches or petticoats. In his day, I think this was remarkable.

The Fund he created, which continues to be such a benefit and comfort to us distressed writers, looked after Williams himself in his old age. In 1811, aged 73, he suffered a severe stroke. The Literary Fund (it didn’t become royal until 1842) invited him to live in the house it owned, at 36 Gerrard Street, Soho. He did so, regularly attending meetings.

In 1815, the Fund excluded Williams and held a secret meeting to vote him a payment of £50 every six months. Sadly, he died on 29 June 1816, aged 78, after only one instalment had been paid. He was buried on 6 July 1816, in St. Anne's Church, Soho.
The Fund has continued to raise money from subscriptions, donations and legacies. Understandably, writers have been generous, with Rupert Brooke, G K Chesterton, Arthur Ransome, A A Milne and Somerset Maugham all contributing.

The Fund has stepped in to help many writers. In 1796, it made Coleridge a gift of 10 guineas, and, later, helped Joseph Conrad, James Joyce and Mervyn Peake. It also stepped in to help dependents, such as Robert Burns’ widow and James Boswell’s daughter.
Ivy Compton-Burnett was an interesting case. She seemed so desperately poor that friends appealed to the Fund, which made her a grant of £500. Later, she applied for relief herself and was refused, to her friends’ indignation. But perhaps the Fund had its sources: when Compton-Burnett died, in 1969, she left an estate worth £86,000.

The RLF’s Fellowship Scheme, of which I was part, is slightly different. In 1999, the Fund sold rights it held in A A Milne’s work to Disney, and used the money to start the scheme. Writers of ‘literary merit’ are recruited, and paid to be on campus at UK Universities for two days a week. Any student wishing to improve their writing skills can visit the RLFF, for advice and tuition.

For a writer, the work is pure fun. A constant stream of interesting people come to your door – you don’t even have to go out and find them. They bring with them essays on all sorts of subjects, from Romeo and Juliet and the visual language of The Third Man, to solar heating engineering; from PhD work on art installations, or the conflict between the RAF and farmers during WWII, to the ethics of social work, Fuzzy Mathematics, how fashion in saris is diverging in the UK and India, Criminal Forensics and – especially interesting, this - the proper management of ‘artists’ who, it seems, don’t respond well to standard management techniques. Who would have guessed? But I didn’t know it was being studied.  Still, there you are - the writer learns as much or more than they teach.
The RLFF’s job is to help these interesting people solve the problem of how best to express their subject in words. It’s great fun, even though it can be hard work. (I often needed therapy after a session of Fuzzy Maths.)

As an employer, the RLF is the most generous, understanding and respectful one I have ever known. Its contract stipulates that the writer will spend a certain number of days on campus, seeing students; but the way that time is managed is entirely up to them. And if no students come? - Well, the RLF stoutly maintains that this is in no way the writers' fault, and they are free to get on with their own work . 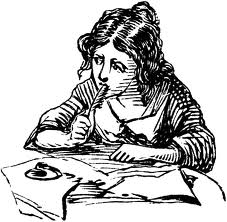 The Fund frequently reminds the writers that they are not employed by the host university, and the host cannot demand or dictate anything. In any dispute, the RLF comes fiercely to the defence of the writer, with all the vim of a dissenting preacher sniffing hypocrisy. David Williams would be proud.
I am proud to have been an RLF Fellow; and I am proud to be, for the next year, an RLF Advisory Fellow. I regret to say that, due to the recession, I think the scheme is fully booked for the time being – but I would recommend that any distressed writer arm themselves with knowledge of the RLF – and that all writers drink, whenever possible, to the memory of the Reverend David Williams, may the earth lie lightly on his bones.

Susan is a History Girl Reservist - very important role! You can read about her at the end of the About Us page. This is her latest ebook: 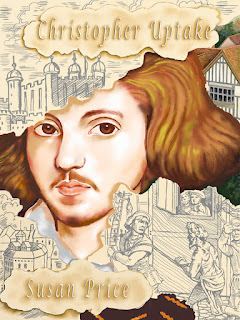 Susan Price’s website is at: www.susanpriceauthor.com
She blogs at http://susanpricesblog.blogspot.co.uk/
She is a member of the blog team at Do Authors Dream of Electric Books?
http://authorselectric.blogspot.co.uk/ 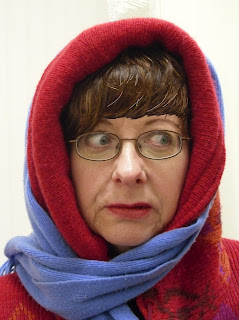 How wonderful! A scheme by writers FOR writers! No, I have never heard of this, but wish we had something like it where I live; the university thing sounds more like freelance editing or being an English teacher than writer in residence, but what fun, never knowing who will come to you for help and what it will be about! :-)

A most interesting post. The RLF has been written into my will for some years now at the suggestion of my late agent, but I didn't know all the history. I am also hoping to experience life as a Fellow fairly soon (though must admit I'm getting a bit worried now about the Fuzzy Maths...)

David Williams, I salute you!

I join you in that salute, Joan! I think all SAS Christmas jollies should include a toast to the Rev.
And Kath - the Fuzzy Maths sessions were probably the ones I looked forward to most last year, much as they nipped my head. The Chinese student was lovely, and I enjoyed the challenge! And you, as a Maths grad, would be on firmer ground!

What a pleasure to hear about a truly philanthropic scheme that has so much positive energy and openness. A huge contrast to the mean mood of much education-speak at the moment.

Hooray for far-sighted David Williams, now that I've cleaned my glasses on and found he isn't the ubiquitous David Walliams.

Wonderfully interesting post, Susan. And best wishes to Michelle for a speedy recovery.

Thank you so much, Susan and Mary. I concur that being a RLF Fellow is one of the best things that has happened to me as a writer. I already grieve for when my term will be up. The RLF is, as Susan says, a wonderfully supportive employer. When I broke my ankle, they immediately organised a locum writer for a month as the Courtauld, where I work, is a really busy post and our office is up 98 steps without a lift.

The contact with the students is, as Susan says, almost always stimulating. And as the 50 minute appointment with us is one of their few one-to-one university experiences, it is all rather charged emotionally too sometimes. I enjoy the pastoral side of the work as much as the writing tuition. Another lovely bonus: the thank you letters from the students when they get a First.

Get well soon Michelle! and thanks for this post Susan. I, too, was an RLF fellow for several years and thoroughly enjoyed the experience. It's unfortunate that the recession has had a negative effect on investments and the Fund has had to draw its horns in a bit. The students really benefit from the input - all universities should have an RLFF.

I had a fellowship with the RLF for several years and it was an absolute joy and a godsend - although exhausting, at certain times of the year, when everyone was panicking and wanted to come at once.But they were the most supportive and understanding organisation I ever worked for - and one of the very best things about it was that you were working within a university, but without having to engage at all with university politics. In fact it was actively discouraged. You were only there for the students and maintained complete confidentiality. Wonderful!