Elizabeth Laird is one of our doughty Reserves. Today she agreed to take Celia Rees's 18th of the month slot, because of the referendum and her ancestry. 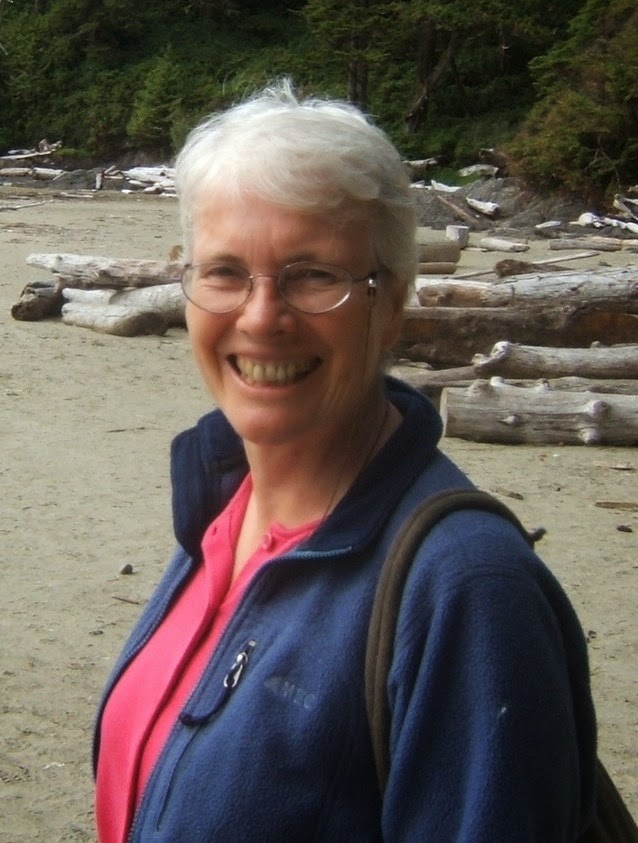 And I'm confused and anxious.

There are other History Girls who are much better qualified than I am to write on this momentous day. Some will be longing to stride confidently into the future of an independent Scotland. Others will be fervently hoping that the Union will prevail. But I'm confused and anxious. I feel as if my parents are on the brink of divorce.

Recently, I had my historic DNA analysed through the website www.scotlandsdna.com. By spitting into a test tube, I have learned that my mother line goes back to the first Mesolithic people who colonised Scotland 8000 years ago when the ice receded.

By asking my brother's son to do his bit for family history (only men, who carry the Y chromosome, can trace the father line) I discovered that my father was descended from the Picts of central Scotland. This was a satisfying corroboration of the story passed down through the generations, which begins: A man came from the north as a factor to the Laird of Duchall. He was called the Laird's man, afterwards, for shortness Laird. "The man from the north" has always been an enthralling figure to me and now I know he existed.

How do any of us, in this turbulent age of travel and uprootings and intermarriages know who we are and where we belong? All my life I've "known" that I was Scottish. My father was the first member of his family to settle outside Scotland. The names running back through his generations are Laird, Barr,  Risk and Blair. My mother was a New Zealander, descended from Scottish emigrants. The names in her family are Thomson, Armstrong, McKenzie, Glasgow. It's the weight of my ancestors, my memories of childhood visits to my aunts in their warm and welcoming Scottish houses, the pictures on the walls of our own family home, the oatcakes on the tea table, the books on the shelves and the stories passed down by mother and father that have given me my identity.

But outwardly I appear to be entirely English. I grew up and was educated in England, and though I've lived in many places all over the world it's to London that I've always returned. My accent is decidedly southern English. My children feel that London is their home (though one lives in Saudi Arabia and the other will one day move to Canada with his Canadian wife). For the past fifteen years, I've flitted between our house in London and our flat in Edinburgh, and my heart never fails to lift as I step out of the sleeper at Waverley Station, or cross the Tweed at Berwick and know that I'm "home". And when I go back to our village of origin in Renfrewshire, I have an uncanny feeling that every other elderly woman looks pretty much like me.

My primary home is in London, so I can't vote today. I'm glad. I know I'd stand there in the voting booth, biting my lip, chewing my nails, vacillating. My head tells me that Scotland might well be better off freed from the dysfunctional government in London, with its Europhobic bigots, its welfare-busting instincts and its cosy relationship with the big city boys. But my heart desperately wants my beloved parents to stay together and sort things out between them. I love Scotland, but I love England too.

But I'm anxious and confused. 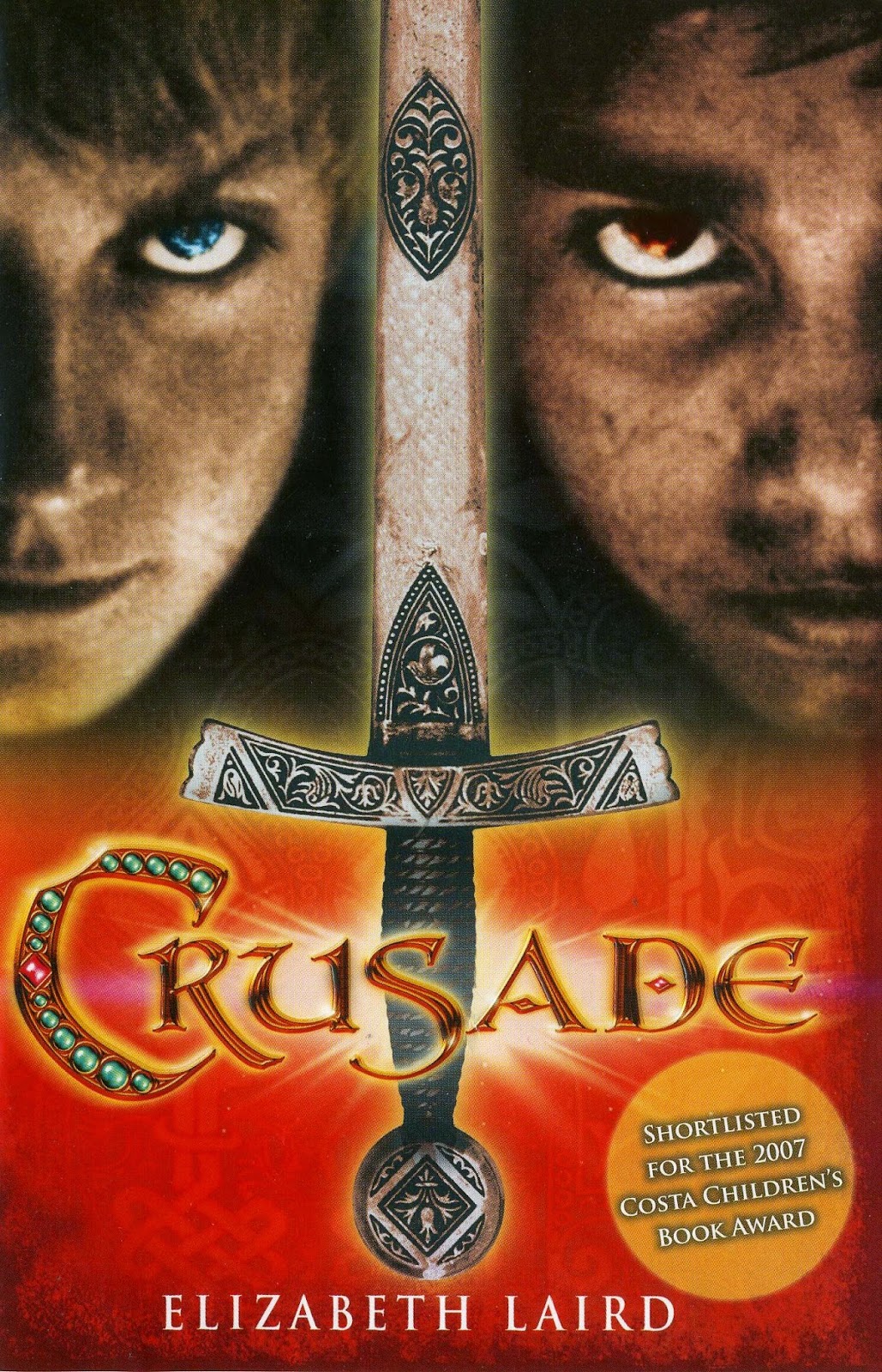 Posted by Elizabeth Laird at 06:00

As a southern Irish Catholic brought up in Kent, educated at a convent run by Irish and French nuns, I understand your confusion, Elizabeth. If the vote is a Yes, today might northern Ireland begin to agitate and vote to be united with our republic? I would love that. I cannot help feeling that the present British government, so lacking in vision and care for the people, have left the door wide open. If Cameron goes down in history as the man who allowed the union to be broken up, I would be delighted, but I realise that the matter is far more complex. I have little emotional attachment to England though I spent many years there… I wish Scotland God Speed. Whatever the result, it is time for change.

How interesting, to have that DNA confirmation of your family stories! Perhaps if Scotland votes yes, There'll be a mass migration of English Europhiles north, and then the whole thing will tilt and fall into the sea. Oh dear - what a mess.

I have to thank Liz for taking over from me today. 18th is my History Girls 'day', but it's not just any old day, is it? I thought a Scot should post on this day of reckoning. Liz Laird volunteered to take it on and and I could not have asked for a better piece from anyone. Thank you, Liz, for your brave, thoughtful, honest post.

'Anxious and confused' is very much my south-of-the border mood today. We can only watch and wait. Thankyou Elizabeth

Thank you so much, Liz. You have articulated just what I feel - and given me the courage to talk about that on An Awfully Big Blog Adventure tomorrow, when we shall know the result.

Wonderful, wonderful piece, Liz, thank you so much. I am joining in with the anxious, confused nail biting.

It is indeed a time of anxiety and confusion. Whatever happens with the polls suggestions it will be close run, a large percentage of the population is going to be upset and feel they no longer have a stake in their country. Personally I feel once you've stirred everything together in a recipe, separating it is going to be difficult. I come from the north of England. My parents have Scottish ancestry in the mix, although they're mongrels. The name Laird is in my family history too on my father's side. My mother's ancestor came south with the army of Bonnie Prince Charlie and instead of going home settled in Manchester. I grew up in Scotland. My brother is Scottish by birth. From where I stand now in England my vote, if I had one, would be a no, but if I was still living in Glasgow I might have a very different perspective.
Interesting times as the statement says.

As a Swede in Scotland (since April) I am mainly concerned about living here. Not about genes, which is different. I think.

Well, we shall see tomorrow. Thanks for this, Liz.

Liz, thank you for your post. A sad and confusing time indeed, even if those two little words seem so very simple.

I am worried about what will happen afterwards, not just in Scotland, with a variety of angry people and political posturing.

'Might Northern Ireland begin to agitate' and vote to be united with the Republic? Carol, have you thought what the agitation might mean?

My phone won't let me leave a long comment.. Northern Ireland would need consensus, not a narrow majority, to be united with the Republic.

Otherwise it would be war again. The No vote will be a relief, I suspect, to peace-loving people in Northern Ireland. Some of whom are my friends and family...

Listening to the radio on and off, through the night. Sadness but also a quiet relief as the "No, Thanks," result came through this morning. Although the many discontents haven't gone away and it will be tough dealing with the issues. I hope that the swirling media & the various ministers won't forget everything this debate has highlighted when another "storm" diverts their attention. Good to be family, still.