OCEANS AWAY AND OAKUM by Penny Dolan


The story I’m working on needs a character removed for a good while. Death is not possible, as I need an eventual re-union.  So I introduced a nasty planting of stolen goods, and that was that. She was off to her temporary destination. 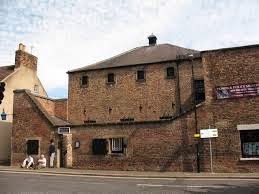 Idly, I’d imagined a bit of “transportation” - she’s a sturdy, determined individual – but then came a big awkward fact.

During the time of my novel, transportation was no longer happening. The colonies were no longer willing to accept Britain’s inconvenient criminals. Please note that I don’t take the subject of transportation lightly – just the plotting pieces.

So I was stuck. What can happen to my character? I don’t want to keep that part of the plot “floating” any longer, yet I couldn’t picture what would happen. She wouldn’t be stowed in a hulk. I didn’t see her, somehow, in the solitary of  a Panopticon prison like Millbank. I needed to be able to imagine these small scenes and make them part of the story building. 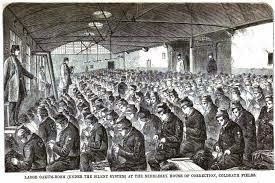 So today I visited Ripon’s Liberty Prison Museum - above - , and feel she’s in for much oakum-picking. She will have the hard task of unravelling old, tarry rope into “corkscrews”, then rolling the rope across her thighs until it unravels, then pulling it against the iron hook at her waist until it becomes soft enough to be used to caulk the seams and boards of wooden sailing ships. 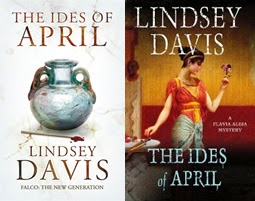 The ex-policeman at the desk also clarified the local sentencing process so I can now sort out a couple of swift scenes, and i have the name of someone to go to if I need to check more details.  Today's visit helped me un-knot my own knotty problem, although I’ll still keep checking on the facts.

Writers often go to much greater lengths to stand fiction on fact, to create a realistic world.

For example, I’ve just read Lindsay Davis’s first two novels about Falco’s adopted daughter, Flavia Albia, complete with maps of ancient Rome so that readers and historians can trace the locations.  Or were the maps as much for the writer herself? Mapping a location – real or imaginary - is a useful writing technique. 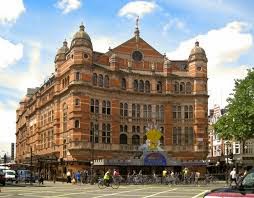 Then tonight I’ll be finishing Christopher Fowler’s “A Full Dark House”, which is a quirky, many-bodied crime thriller, with Bryant and May, detectives with the Peculiar Crimes Unit. The novel's strength, so far, has been the darkly powerful view of the London of the Blitz, especially the Palace Theatre, and a host of other details.

Bryant, observing St Paul's ruined dome and the fiery sky beyond, mentions there's another model of St Paul's elsewhere in London. Do you know where it is? I’m delighted - so far - to find this book is the start of a long series. I feel as if this is a man who is having fun with his research.

I know there are many more novels that offer places from the past to writers and to readers. I wonder what setting you’ve enjoyed writing? Or what novels have offered you the best-realised settings?

Sounds like a really useful pace to have found, Penny. That oakum sounds very nasty...

Thanks. The "where did she go?" was one of those small facts that I needed to get sorted. As has been said before on History Girls, it's important to go to places as well as look at screens and pages. How else does one sense how cold the air feels in a cell, even on a spring day, and things like that? I'd already visited Dublin's Kilmainham Gaol - an awful place - but needed a glimpse of more local justice.

The scene is way too real - brrr!

Transportation was also a one way ticket - return was NOT an option. One of my ancestors was transported aged 22. I can't imagine what it was like for her.