"My Era's Better Than Your Era": reported by Penny Dolan

I’ve been writing my Christmas List, as requested by some nearest and dearest, and as ever, the list is mostly books, However, as I scan down the titles, I can see I’m not being very loyal to the Victorian setting of my work-in-progress. I am very easily lured away by the excitement and interest of a different period.

So I was intrigued when I heard four historians defending a chosen era recently.
Which era did they claim was "the best"?

Ben Kane chose the Romans for their amazing influence on the world, and for their empire which lasted two and a half thousand years. The Roman legions were bold fighters, defeating the German tribes who wouldn’t pay taxes. Their language, Latin, underpins the English, French, Spanish and Italian languages, wherever they have spread across the world. They had a good legal system, even if it was largely borrowed from the Greeks. They built aquaducts and miles of roads and impressive buildings which can still be seen today. Not only that, he said, but there are a host of great tales about the Romans from the well-known legends and histories through to interesting small stories, such as the Roman cow that ran up to the third storey of a block of flats and jumped off into the street below, or the fact that famous gladiators would sell small bottles of their sweat to rich ladies. Not only that, but the Roman era can also boast of that political & military genius, Julius Caesar. 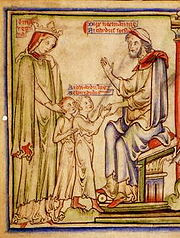 Janina Ramirez was roused to defend the era of the Vikings. They were, she said, the roots of the British identity. She agreed that the Vikings - especially with the destruction of Lindisfarne - had had a bad press but the Viking invaders only took gold and treasures at the start. Over thirty years, they became cosmopolitan and cultured, she said, settling and trading and establishing the area known as the Danelaw, Although the Romans classifying the Vikings as Barbarians, that was because the Romans simply viewed any other culture as un-civilised. Janina felt that the Vikings were different and fascinating. They were the first to reach America, Russia and North Africa; their skills included the fine boat-building, metalwork and jewellery while their sagas and literature  show a modernity about their language and are evidence of the Vikings great love of learning. Janina spoke about the role and respect of women within the Viking culture, demonstrated in Queen Emma of Norway, whose marriage to Cnut, the King of Denmark and England created an ultimate power couple. That long and successful reign so transformed the country that in many ways, Janina claimed, the Vikings have never left but exist deep within the culture and landscape of the British Isles. 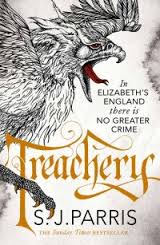 S.J.Parris said she hardly needed to suggest the importance of the Tudor era. The sexual and religious politics of that era explain why England is not now a small colony of Spain, and why we enjoy the religious freedoms of today.
It is hard now, she suggested, to understand the feeling among people back in 1580, when the Protestant faith was still seen as just a passing fad. Many went along with the new religion because of the need to keep their head on their shoulders. It was an insecure time. Many of the Catholic families believed that the whole of Protestant England hung on the “person” of the King. If only Queen Elizabeth could be removed, they felt, all would be well, especially with Mary Queen of Scots waiting in the wings.  .
Moreover, the Pope had issued a Papal Bull, declaring Elizabeth’s reign illegal and implying that killing her would not be a sin. With religious schools on continent eagerly sending their students to convert Protestants and drumming up support for the Catholics once Elizabeth had been assassinated, there was no shortage of young men glad to do the deed.
So, said S,J, Parris, the Tudor age saw the beginning of modern espionage, in the person of Sir Francis Walsingham. He was, she said, quoting the Bond franchise, “the first M”. Although his grandfather was a common vintner and tradesman, Walsingham himself became central to the safety of England.  Using a system of spies and ciphers and dead letter boxes, he set up a centralised intelligence system that led to the uncovering of treason such as the Babbington plot. This network helped the Tudor age become an era rich in exploration, science and intellectual growth. 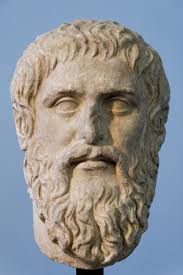 Edwin Thomas, coming last on the list, spoke of the Ancient Greeks. Their culture, he pointed out, lay behind the grandeur of Rome. The Greeks were cosmopolitan globetrotters, valuing intellectual freedom and if we were to judge the best era as the one whose influence lasted longest, it was possible to see examples of Greek architecture, such as perfect Grecian pilasters, on many buildings around town. The Greeks, being great ship builders, invented the tri-reme. They fought many military wars of defence, including those against the Turks, a conflict that still has echoes in that area to this day. Without the Greeks, Thomas suggested, we could have been a colony of Iran. The Greek culture fed deep into the cultures of the Mediterranean and Britain, and their ferment of the Greek intellectual ideas still speaks to us today: witness the series of Greek plays running at The Almeida theatre on London. Democracy existed in Ancient Greece, he said, but did not reach England until the nineteenth century, and we have only just caught up, he claimed, with their relaxed attitude to sexuality. Besides, he added, think of the weather in Greece, a climate that allowed the establishment of open air symposiums, and to the teachings of Socrates and Plato.

I must admit that novelist Antonia Hodgson was so busy keeping the peace between these four passionate arguments that she had no time to defend “her” era - the eighteenth century - during this "contest" at Harrogate’s History Festival.Janina won the vote, mainly because she stressed the role of women in the Viking era which rather won this particular audience.

I wonder what era would be your personal favourite - or maybe it is really is impossible to choose?

Human beings are/were too clever for their own good, no matter what the age.

In this age of miracles, millions live miserable lives with very little benefit from any of the philosophy and science. And so it always was. Most people in the Viking Age were stay-at-home farmers, many enslaved, and the thrall women didn't benefit from the Viking Laws about their sex. Roman and Greek 'higher thought' didn't help the slaves and poor in their slums - nor did it help the poor in the 18th century rookeries.

The best era will be when,as the old folk-tale says, people are simply 'kind to each other' and perhsps manage to make their governments do the same. - But the aims of you and I and, say, an arms manufacturer, are never going to be the same.

Sorry, Penny - maybe some of your other commentators will be less Eeyore and more full of Christmas spirit!

True words, and yet there are people being kind to other people in every era. How do I know this? I just do, and there's no seasonal connection at all!