By the time you read/look at this, the weather will be different - that's a thing you can count on, pretty much.  But on the day I set myself to write my post, it snowed.  Now, because I live near the coast, snow rarely lies long, so I quickly took some pictures, partly to give the impermanent a sort of permanence, and partly to send to my son in Indonesia who was asking for photos of home.  Which made me think about the snow that home has carried on its roof from time to time over the years, and because it is a 19th century house I thought about 19th century paintings of snow and then because I was feeling a bit lonely, I thought of Emily Dickinson.  And that is why my post today is the way it is. 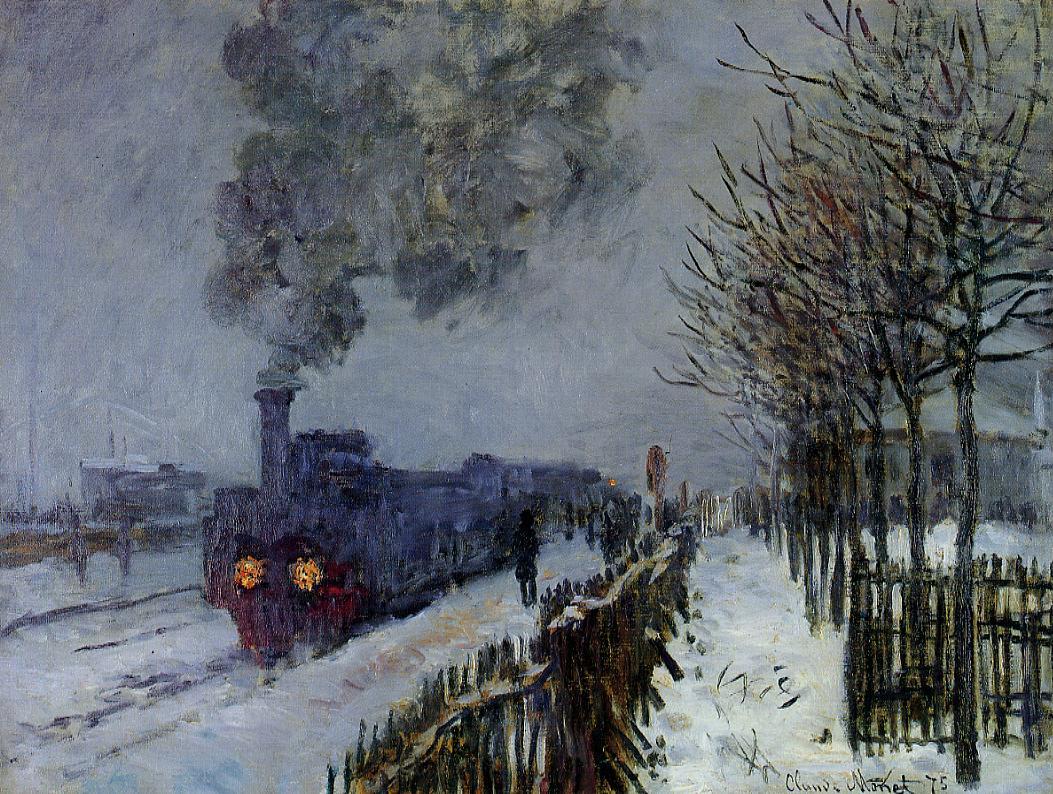 Claude Monet Train in the Snow 1875


It sifts from Leaden Sieves —It powders all the Wood.It fills with Alabaster WoolThe Wrinkles of the Road —It makes an Even FaceOf Mountain, and of Plain —Unbroken Forehead from the EastUnto the East again —It reaches to the Fence —It wraps it Rail by RailTill it is lost in Fleeces —It deals Celestial VailTo Stump, and Stack — and Stem —A Summer's empty Room —Acres of Joints, where Harvests were,Recordless, but for them—It Ruffles Wrists of PostsAs Ankles of a Queen —Then stills its Artisans — like Ghosts —Denying they have been —

Sorry you are feeling lonely, Joan. Or perhaps that has also drifted away? I love snow but we rarely see it in the S of France. Have a lovely Christmas. x

Shivering as I see these paintings, and read the poem. Around now can be such a sad and hollow-feeling time of year.

The Turner seascape reminds me of that scene in the Turner film where he is shown tied to a mast and blasted by the weather while he tries to work on a picture.
Must go and warm up now.