On April 21st Elizabeth II, Queen of the United Kingdom of Great Britain, Canada, Australia and New Zealand, Head of the Commonwealth and Defender of the Faith, will be 90 years old.
When Princess Elizabeth Alexandra Mary of York was born in 1926, her handsome and popular 32-year-old uncle, the Prince of Wales (later the Duke of Windsor), was heir to the throne. His younger brother, Elizabeth’s father, the Duke of York, enjoyed the traditional pursuits of a country gentleman, such as shooting pheasants and dancing Scottish reels. He took his daughter fox-hunting on her pony ‘Peggy’ when she was four years old. His favourite dog was a Labrador called ‘Stiffy’. Little ‘Lilibet’ called her adored grandfather, King George V, ‘Grandpa England’. George V died in 1936 and when Edward VIII abdicated a year later, Elizabeth’s shy father became King George VI and she became ‘Heir Presumptive’. Never ‘Heir Apparent’, because there was always the possibility that her father would produce a legitimate son who would automatically take precedence over any older sisters. The 10-year-old girl watched her father’s coronation in Westminster Abbey with quiet dignity and reserve. Princess Elizabeth had the finest private tutors in the country, headed by the vice-provost of Eton College. She studied constitution, American history, the Commonwealth, French and German. She was made to stand for many of her lessons, so that she would get used to the long hours on her feet watching regiments march past. She visited museums, factories, the Bank of England, the House of Commons and the Royal Courts of Justice – to see for herself how her country worked.

Marion Crawford, the royal governess, was determined that her charges, Princesses Elizabeth and Margaret, should live normal lives, and their parents wanted them to be members of the community. ‘Just how difficult this is to achieve, if you live in a palace, is hard to explain,’ wrote ‘Crawfie’. ‘A glass curtain seems to come down between you and the outer world, however hard a struggle is made to avoid it.’

In 1937 Miss Crawford suggested that the princesses become Girl Guides, so that they could understand the lives of ordinary children, and maybe even meet some. Their aunt, the Princess Royal, was President of the Girl Guides Association and recommended they meet the formidable Miss Violet Synge, who had driven ambulances during the First World War. She was appalled at the idea. ‘One of my greatest difficulties,’ wrote Crawfie, ‘was to get people to realise that these two little girls wanted only to be treated as any other normal and healthy little girls of their own ages.’ Nevertheless, the 1st Buckingham Palace Guide Company of twenty Guides was born and Miss Synge became its first Captain (and later Guide Commissioner for England).
The Company, made up of daughters of court officials and palace employees, met in the summerhouse in the palace garden. The King made one stipulation. ‘I’ll stand anything,’ he said, ‘but I won’t have them wear those hideous long black stockings. Reminds me too much of my youth.’ So the Palace Guides wore knee-length beige socks, an innovation soon adopted by Guides everywhere. Some of the new recruits didn’t quite understand the point about Guides and the purpose of uniform, and arrived in party frocks with white gloves, accompanied by their nannies who wanted to stay and watch. ‘We soon put a stop to all that,’ said Miss Crawford. 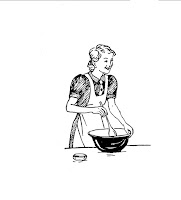 After the Blitz began over London in 1940, many people thought that the two princesses should be evacuated to the safety of Canada. But their parents were adamant that the Royal Family would stick together and bear the same risks as other British families. However, unlike most British families, they had a spare castle, and the girls and their governess moved to Windsor, where they remained until the end of the war. Despite this seclusion, the princesses were encouraged to perform, and Elizabeth played Principal Boy, in powdered wig and breeches, in pantomimes of Cinderella, Sleeping Beauty and Aladdin. At a fundraising concert in Windsor Castle, she led the singing of rounds, sea shanties and Negro spirituals.

Aged only 15, Elizabeth addressed the children of Britain on the wireless. She told them that she sympathised with those who had been evacuated, as she too was often separated from her parents (though the King and Queen made it back to Windsor Castle most nights). ‘When peace comes, remember it will be for us, the children of today, to make the world of tomorrow a better and happier place. My whole life shall be devoted to your service, but I shall not have the strength to carry out this resolution unless you join in it with me, as I now invite you to do,’ she announced in her clear, piping voice.

In 1942, Princess Elizabeth, like any other 16-year-old girl, went along to the Labour Exchange in Windsor to register for National Service. She had by then attained Guide proficiency badges vital for her future career as a modern monarch: Swimmer, Dancer, Horsewoman, Child Nurse, Needlewoman and Interpreter. The last was especially useful for a queen: she could identify over fifty flags, including the Royal Standard, and tell foreigners where to find the main ports of Britain, the value of British money, and advise about local hotels, buses and cafés.

A year later, she became a Sea Ranger and learnt how to sail, cook in cramped quarters and re-leather rowing oars. ‘Slit trenches had been dug for the camp by the Grenadier Guards and air raid drill was taken by Company Sergeant Major of the Grenadiers,’ stated The Guider magazine. Her Majesty the Queen had tea in the camp and was taken out in a rowing boat, coxed by her daughter. Round the campfire, Princess Elizabeth sang shanties and took part in a sketch called ‘Mein Kamp’.

For her 18th birthday, the Girl Guides Association gave the princess a tent, a sleeping bag and a rucksack containing a looking glass, an ‘oil-silk sponge-bag’ and an aluminium egg cup.

By June 1945, press censorship of the weather had been lifted, and The Guider revealed that Princess Elizabeth made a speech in the pouring rain, to five thousand Girl Guides in Wales.

That same year Elizabeth was commissioned into the Auxiliary Territorial Service (later the Women’s Royal Army Corps) and was posted to the ‘No. 1 Mechanical Transport Training Centre’. Already a Colonel in the Grenadier Guards, Second-Subaltern Elizabeth Windsor (No. 230873) studied military law and learned how to drive and maintain cars, lorries and ambulances. The report on her performance by the Royal Corps of Transport Officers stated: ‘Extremely quick to learn, she is not rash, and drives with consideration and thought for others on the road, and with every care for her car.’ 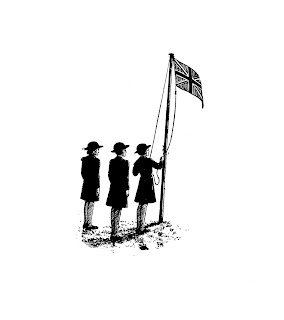 At 90 years old, and after 64 years on the throne, she still drives her Land Rover herself.

Janie Hampton is the author of ‘Rationing & Revelry – the coronation of Queen Elizabeth II 1953’, available as a Kindle Single.  © Janie Hampton

When I was a child, my father used to bring home all sorts of random things - classical records, children's magazines, a general children's encyclopaedia... and an ancient copy of Crawfie's book, The Little Princesses. I read it cover to cover, though I'm not a royalist and wasn't, even then. But the princesses had ponies! And dogs! And their playhouse was a mini-version of the real thing! And they could do little pantomimes at home. I enjoyed vicariously from my block of flats in Melbourne. :-)

Sorry, but I doubt these poor little girls could ever have had a normal life, though they tried. Even if they were let out to play, there would surely have been a bodyguard or two discreetly hanging out in the background?

Lovely piece, Janie, and great illustrations too. I am looking forward to reading Rationing and Revelry on my Kindle.