What Country, Friends, is This? - Celia Rees 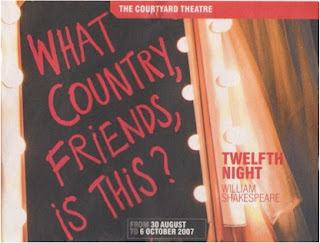 What country, friends, is this?
Viola asks at the beginning of Twelfth Night. What country indeed? This is Illyria, Lady the Captain answers her. Illyria is a fantasy world, created from Shakespeare's imagination, but what if it was a real place? What would it be like? Where would it be? That thought occurred to me as I settled down to watch a performance of Twelfth Night in Stratford. Not in the Royal Shakespeare Company Theatre but on an open air stage set up by the river on a very hot day in June. My presence was purely serendipitous. I live near Stratford. I go there some Saturdays to the Farmer’s Market. As mundane and ordinary as that. A student theatre company were giving an outdoor performance, barking up their play, giving out flyers. The stage was made from boards set up on poles, the amphitheatre was a natural dell with the Avon as the backdrop. The changing rooms were a couple of bushes. It was only a hundred yards from the RSC, but nearer by far to the original Elizabethan touring companies than that grand theatre could ever be. 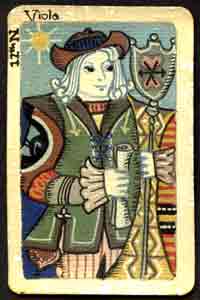 Twelfth Night is my favourite Shakespearean comedy. It is short, actually funny and impossibly romantic, but it is the element of disguise that I’ve always loved. The heroine, Viola, is a girl who is really a boy who is pretending to be a girl who is pretending to be a boy. This ambiguity gives the play all the sexual charge and  frisson of the Blur song, Girls and Boys.

As the play progressed, I began to think: what happens next? What happens after the end of the play? The play walks a knife edge between tragedy and comedy. It is perfectly balanced, but one false move and it could all go horribly wrong. The play ends, as all comedies should, with disguises removed, couples united, but I’ve always had the feeling that they are left slightly uncomfortable with each other. Not only that, but characters stomp off swearing revenge, are sent away and banished so as not to disrupt the happiness and harmony. What if the couples are not entirely satisfied with each other? What if the troublesome characters come back? And what if Illyria was a real place?

We know where it is supposed to be  - on the Dalmatian Coast.

Orsino’s coastal dukedom would be very like the city of Dubrovnik, Italianate in style, a mirror of the city states across the Adriatic. A small maritime country, grown rich on trade,   but a glance at the map reveals its vulnerability  That very wealth would attract the greedy eyes of pirates, not to mention the attentions of its infinitely more powerful neighbours, the Republic of Venice and the Ottoman Empire. Venice would be keen to annex such a strategic port to protect its Adriatic trade routes; the Ottomans would be more than happy to secure a foothold on the Adriatic. This vulnerability would inevitably affect what happened next. If the state disintegrated because of the internal tensions revealed but not explored in the play, then Orsino's dukedom would be up for grabs.
My mind was busy while the actors ran on and off the stage and changed behind bushes. By the time they joined hands for their final bow, my thoughts had linked together and I knew I had an idea for a book.

I decided to begin my book some time after Shakespeare ends his play and I immediately broke two of my own rules: not to write about real historical characters (especially not famous ones); not to set a book in Elizabethan England. Rules are made to be broken, so I decided that Shakespeare would be a character in the book. There are hundreds of books written about him, thousands, whole libraries, but there are surprisingly few indisputable facts. This gave me a way into the man and his life. He would be Will Shakespeare from Warwickshire (my own county, so I feel a kind of kinship): actor, playmaker, theatre manager; not the impossibly famous William Shakespeare, Bard, Swan of Avon, whose home is a heritage centre 400 years later, his town a mecca for tourists from all over the world. He would be Shakespeare before he knew he was Shakespeare. If he ever did. I wanted to make him real, sexy, more Shakespeare in Love, more Joseph Fiennes than the baldy bloke in the Droeshout engraving from the First Folio.

He would be a jobbing writer with inky fingers, trying to make a living, juggling his life in London with his life at home in Stratford, trying to survive, keep his nose clean in the dangerous, violent, difficult and volatile world at the end of Elizabeth’s reign. Hard at work, trying to keep his Company going, writing and re-writing, always on the look out for stories to keep up with the need for plays and more plays. When he happens upon two street performers, a Fool and his beautiful young girl assistant, he finds one. He meets Feste the clown and Viola’s daughter, Violetta, survivors from the wreck of Illyria, but they bring with them more than just their story and Will Shakespeare’s life is about to get a whole lot more complicated. 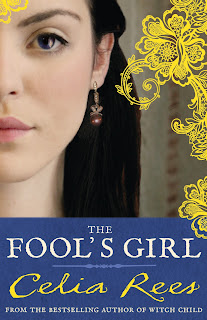 The Fool's Girl is published by Bloomsbury Children's Books.

'The Fool's Girl' is a beautiful, poetic book. I reviewed it here - http://susanpricesblog.blogspot.co.uk/2011/05/review-fools-girl-by-celia-rees.html

Ah, attending a production of Twelfth Night just like the Elizabethan strolling players did it, with the River Avon in the background, after a farmer's market, as you do...:-) I hope you realise how very lucky you are!

The book sounds wonderful, must see if I can find a copy. I've enjoyed your other books that I've read.