The Passionate Pilgrim by Sarah Gristwood

One of the best-loved games in literary history has always been to spot the identity of Shakespeare’s Dark Lady - the heroine of some of the most powerful sonnets, whose magnetism and whose infidelity he laments. Never mind that she may never have existed, that she may just have been some long-forgotten woman of easy virtue, who for a moment caught Shakespeare’s eye - or that ‘she’ may have been a dark gentleman . . .

In some cases the grounds for the ‘identification’ are positively derisory. (Elizabeth Hatton? Her husband’s stepbrother once sold property to Shakespeare. That’s it. The brothel keeper ‘Lucy Negro’, who may or may not once have been the queen’s maid Lucy Morgan? She was mentioned in a Gray’s Inn masque of 1595 and sent to gaol in 1599. That’s it.)

But the idea simply won’t go away. So, let’s turn it on its head a little. Think instead of the women we know were in his orbit, at the right time. Take a date of 1593, or near offer - just ten years before the old queen’s death. The sonnets (not published until 1609) could have been written anything up to fifteen-odd years before, though the likeliest bet spans the mid 1590s.

These can’t accurately be described as women Shakespeare knew – in his London life none such exist, barring a couple of women who went up against him in dispute over property, and the landlord’s daughter whose husband called him as a witness in another row over the non-delivery of a dowry. But they are women bound to him by a tenuous web of patronage or profession - or of political hopes and fears.

One name is well known in this context. Emilia Lanier (1569 - 1645), anybody? Illegitimate daughter of a family of Venetian musicians, the Bassanos, in the service of the Tudor monarchs, Emilia was orphaned young and brought up in the household of the Countess of Kent, before becoming the mistress of Lord Hunsdon, the Lord Chamberlain, maintainer of the Lord Chamberlain’s Men to which company Shakespeare belonged. Pregnant in 1593 she was married off ‘for colour’ to another court musician, Alphonse Lanier.

She was presumably dark and Italianate looking; musical (like the ‘dark lady’); obviously possessed of considerable sexual magnetism - and described as having a mole on her body in the same place as the heroine of the sonnets. Later in her long life, in 1611, she published a lengthy poem, Salve Deus Rex Judaeorum, defending the women of the Bible, and it has been suggested that this anachronistic piece of feminism may have been triggered by indignation at having been ‘outed’ by the publication of Shakespeare’s sonnets in 1609 . . . though maybe she just needed to make money.

But the courts saw a number of other women bounds to Shakespeare by a web of connection - women we sometime, but not always, associate with his name. Far above his station, of course - but who’d have figured in his imagination, maybe. 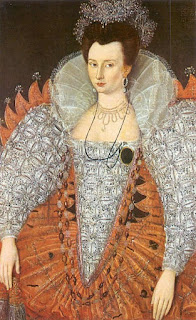 First of these court ladies is Mary Fitton - herself sometimes considered a candidate for the dark lady. One of Queen Elizabeth’s more adventurous maids of honour, Mary was conducting an illicit affair with William Herbert, himself a possible candidate for ‘Mr W.H.’, the ‘onlie begetter’ of the sonnets, slipping out to meet him in male disguise. In 1600 she became pregnant by him but, the baby dying, he refused to marry her, even when the queen sent him to the Fleet prison.

In 1601, meanwhile, William had become Earl of Pembroke (in which capacity he would be dedicatee of the First Folio). His father had been a patron of a company of players to which Shakespeare may have belonged. His mother the Countess of Pembroke had been Mary Sidney, sister to Sir Philip Sidney. Herself a noted writer and patron who may have entertained Shakespeare, she was also a dedicatee of Emilia Lanier’s poetry. 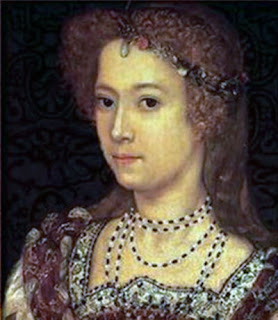 The other most influential woman in Philip Sidney’s life, before his untimely death, had of course been Penelope Rich - the muse to whom Sidney wrote as ‘Stella’, and another candidate for Shakespeare’s ‘dark lady’.

Born Penelope Devereux, sister to the queen’s last favourite the Earl of Essex, she had for years been unhappily married to ‘the rich Lord Rich’, but after Sidney died became also the mistress of Sir Charles Blount, later Lord Mountjoy. Together they were leading members of her brother’s Essex House circle, and deeply implicated in his rebellion of 1601.

Also implicated in the Essex rebellion was the Earl of Southampton, Shakespeare’s patron and Essex’ great friend. Damaged by connection were his womenfolk: his mother the Catholic Dowager Countess of Southampton, and his wife the young Countess Elizabeth. Elizabeth (yet another putative ‘dark lady’, if Shakespeare wrote sonnets for Southampton to present to her) and the earl had fallen in love in 1598, but their secret marriage saw him flung into prison, while she went to have her baby at Penelope Rich’s house.

The Dowager Countess Mary, meanwhile, had her own Shakespearian connections. In 1599 she married, as her third husband, the younger Sir William Hervey, himself another candidate for ‘Mr W.H.’ – who, some years later, would take as his second wife one Cordell (or Cordelia) Annesley. In 1603 Cordell famously petitioned the authorities about the machinations of her two sisters, who were trying to have their father declared insane so as to obtain his lands . . . . King Lear was first performed in 1605.

And there is yet another Southampton connection. In 1597 the then-unmarried earl had been sought by one Mrs Pranell, born Frances Howard of the noble family but married off beneath her status to the son of a rich Alderman. The writer Sir William Davenant was once in youth Mrs Pranell’s page – that same young man, Jane Davenant’s child, who always claimed he was Shakespeare’s illegitimate son. Sheer coincidence? Maybe.

There is another name I haven’t mentioned here - but that one I’m not going to, actually. Let’s be clear: I don’t actually go for the game of ‘spot the dark lady’. I think we need to take Shakespeare’s power of imagination more seriously than that. But just suppose for a minute that I were going to play . . .

There’s someone else we know, who certainly moved in Shakespeare’s circles. Who fits the implication of foreign-ness, perhaps Catholicism, and whose life and death fit with what seem to be the dates of his story.

But I’m not going to mention that name - who knows, I may want to write the book some day!

Thanks to Sarah Gristwood, who is one of our invaluable History Girls Reserves. Janie Hampton will be back next month.
Posted by Mary Hoffman at 00:01