This month, I asked the public what this post should be about. Most people wanted biographical posts, but Australian author Glenda Larke asked (on Twitter) “What is it about 19th century women named Isabell-e(a)? Byrd, Burton, Eberhardt?”

I explained that I knew the answer to this, but it wouldn’t make her happy. She wanted it anyhow. This is where I destroy Glenda Larke’s joy by talking about the names girl-children are given in the English-speaking world.

Some given names are consistent across a cultural or religious group: Mary and its variants is the most important one for any Christian society and Sarah appears and reappears in Jewish societies. The critical factor to understanding how the use of names changes over time is the nature of the society. In the English Middle Ages some parts of culture where we now use writing were almost purely oral. In the seventeenth century a race to get work into print began. It had some traits in common with the current rise of the ebook, but that’s a topic for another day. What’s important is that right now, we’re besotted with the written world. The databases used to find name usage and other cultural traits get bigger and bigger. It also means that evidence for naming practices changed profoundly from the later fifteenth century. 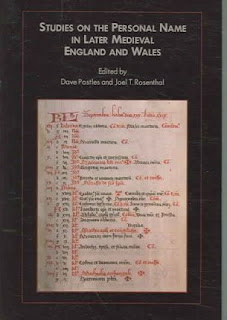 It’s the evidence that changed. This is critical. If one goes back before printing, then the difference in sources has to be allowed for.

Most often, when people discuss names, the data they talk about comes from census reports (which work best from the nineteenth century) or from birth, death and marriage reports. For some places and times, scholars have used these and other archival sources to find stuff out at a much more secure level. I was taught by one of these scholars (J Ambrose Raftis) and another favourite has put some of his work online. (If all of you click on that link and download Dave Postles’ essays, you will seriously skew his usage statistics, by the way, for not nearly enough people know his work.) I use these if I’m seriously researching, for the scholars in particular cover my places and times, but if I want a quick answer, I will check Google Books.

The scanned books in Google Books can be accessed via a program called Ngrams. For me, it’s a place to start. All I’m doing today is grabbing from memory and from that place to start. This is partly because the books I have on naming history are in storage, and partly because it’s seven in the morning. Mostly it’s to show you what we can find out when we look at how often a word is used in hundreds of thousands (maybe millions) of books.

When I did my first doctorate, I could (and did) read almost all known surviving Old French epic legends and even more romances from the High Middle Ages (plus a bunch of closely related chronicles) in twenty libraries mostly in France and England. These days, if I were to say “Let me read all the English language historical fiction published over 150 years” I’d not succeed.

The Digital Humanities are a wonderful thing, for they use tools that mean we can ask questions of large numbers of texts, and can interpret subtleties. It’s not the same work as I did all those years ago, but it’s for the same purpose. Cultural analysis. Understanding how everything fits together, The tool I used to find out about those names is simple and effective and needs to be used with caution. It’s something I use as a novelist, rather than as an historian. It tells me roughly how often a word was used, then I can click down and see some of the sources that were consulted to make that determination.

The very best place to start this morning isn’t right at the very beginning, then, it’s with a set of search terms that will show approximately how common something is in relation to similar things. Mary is my yardstick here, for I already know it’s the most popular name. At the other end of the spectrum we have names that are loved but not used so widely. Fortunately, my name and Glenda’s both fit this category. I’ve not given spelling variants for Gillian or Glenda, but I’ve told the search engine that the case doesn’t matter,

The results show clear patterns. If I were being serious about this, I’d need to compare these patterns to the patterns from other sources. Today I’m not serious, because there’s no coffee for me until I’ve put this up for you to read. So today, you can admire a graph of results from printed books collected and scanned by libraries.

The most popular name appears in all the sources, not only in this set. If a name appears more in fiction, however, then it will have more appearances in this database and if the name is particular to a group of people and never reaches beyond that group, then this particular dataset can be very misleading. The database consists of printed material, including newspapers, so it only covers the literate world. The earlier you go the more you know how popular your name is in relation to the higher echelons of society, and the more recent, the more your name fits into the wider society. Printed evidence about names has changed significantly over time.

Fortunately, it’s not misleading at all for Isabella. We have evidence of the name being popular in the Middle Ages. Because there were queens and princesses with that name, including Isabella of France, who appears briefly in one of my novels, Isabella entered our printed records at the top of the heap. That’s why I can afford to be lazy. Prior knowledge helps, as does the fact that the name Isabella started its modern journey in a position that fitted the name to enter printed records just as soon as printing was invented. 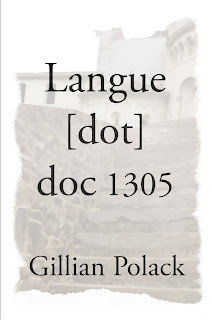 Some names hit a sudden popularity and stick around for a bit and then another name replaces them as the cool one of the instant. Isabella and its variants was at its most popular in these printed records in the second half of the sixteenth century. It was at its least poplar the half century before then. It went from unpopularity to being a favourite to give girls. After that its popularity fluctuated (although it never faded entirely) until recently. Since the 1980s, the name has climbed gently in popularity.

The reason for the great success of Glenda’s women, then, is because of who they were as individuals, when they lived and what opportunities they had or took advantage of for themselves. The name was popular enough at those times so that there would have been far more Isabellas who led small, quiet lives.

That was really interesting...

You're supposed to be shaking your fist at me for ruining your dream of Isabella!